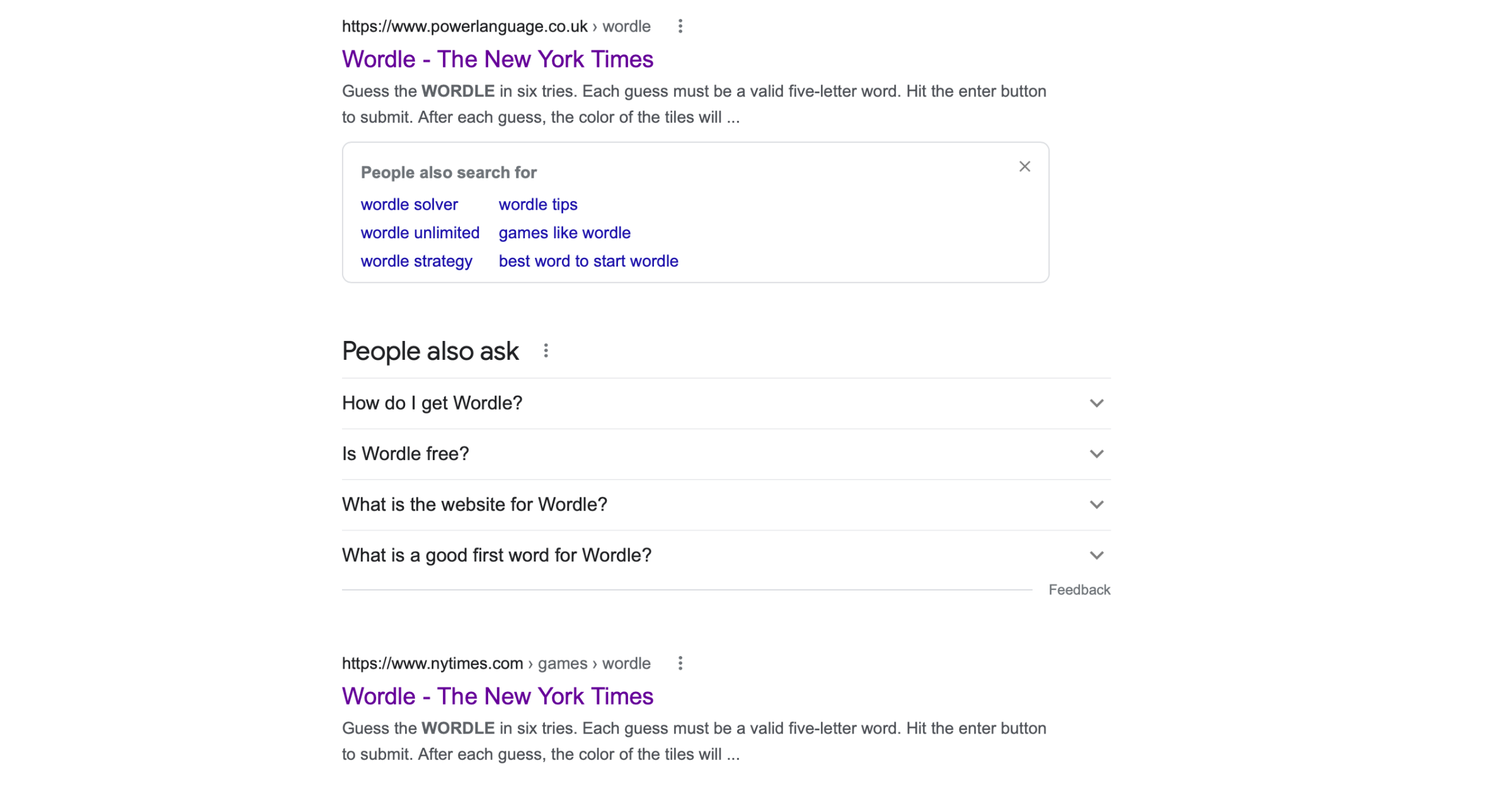 Users turning up to play Wordle on Friday may notice something a little bit different. The game is now hosted on a New York Times domain, following the newspaper’s recent acquisition of it.

Entering the word game’s original domain now redirects to https://www.nytimes.com/games/wordle/index.html. A quick google search just for Wordle now returns “Wordle – The New York Times” (see picture above). Wordle is not, at the time of this writing, listed on the New York Times games page, suggesting the transition is not yet complete. There are also appear to be some issues. I noticed my streak had gone, although my previous results were still stored. The New York Times bought Wordle from creator Josh Wardle at the end of January for a “price in the low-seven figures”. It is, for the moment at least, still free to play.

The game, in which players have six opportunities to guess a five-letter word, has been something of a phenomenon over recent months, with millions around the world playing. However, it also seemingly helped save a woman’s life. Denyse Holt, an 80-year-old from Lincolnwood, Cook County, Illinois, was taken hostage by an intruder and locked in her basement. She told local news outlet CBS 2 that her failure to send her Wordle score to her daughter alerted them to a problem. “I didn’t send my older daughter a Wordle in the morning. And that was disconcerting to her,” Ms. Holt explained. This resulted in friends and family calling the police and an hours-long standoff before she was finally freed.