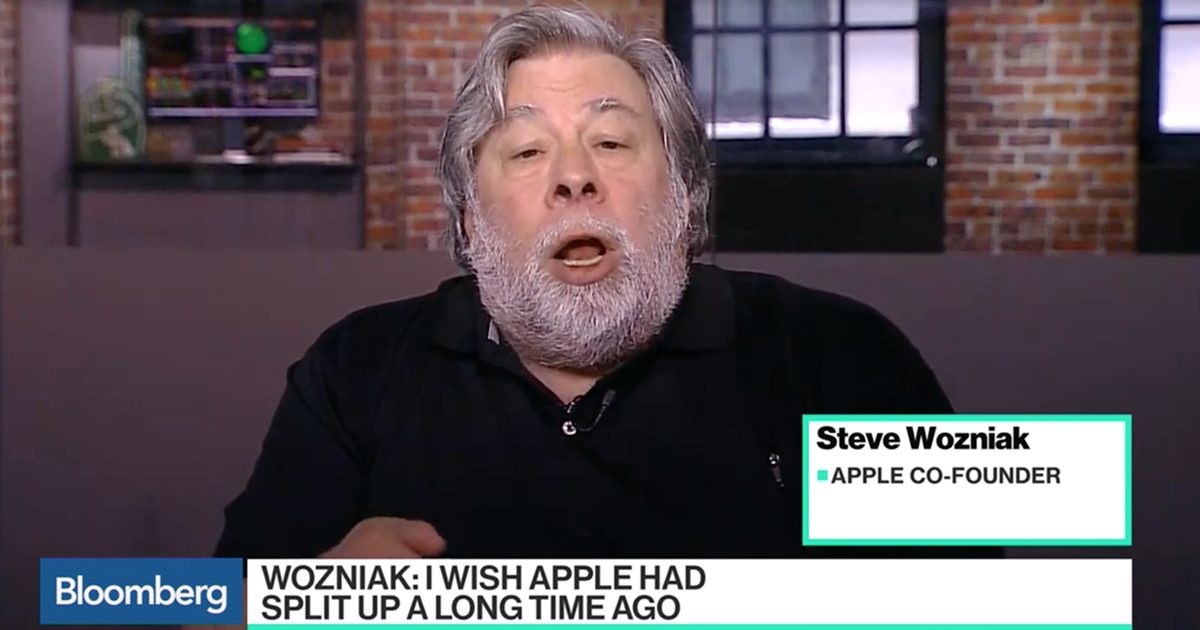 Apple should have “split up a long time ago,” according to co-founder Steve Wozniak. He said that the company should have “spun-off independent divisions.”

In an interview with Bloomberg TV, Mr. Wozniak said:

I wish Apple on its own had split up a long time ago and spun-off independent divisions to faraway places and let them think independently.

He noted Hewlett Packard did that during his time working there. Mr. Woznkiak said that “big tech has gotten too big. It’s too powerful a force in our life and its taken our choices away.”

However, Mr. Wozniak insisted that “Apple is the best of the companies for a lot of different reasons.”  These included “caring about the customers” and “making money off good products not really tracking you and following you.”

3 thoughts on “Steve Wozniak: ‘I Wish Apple Had Split up’”