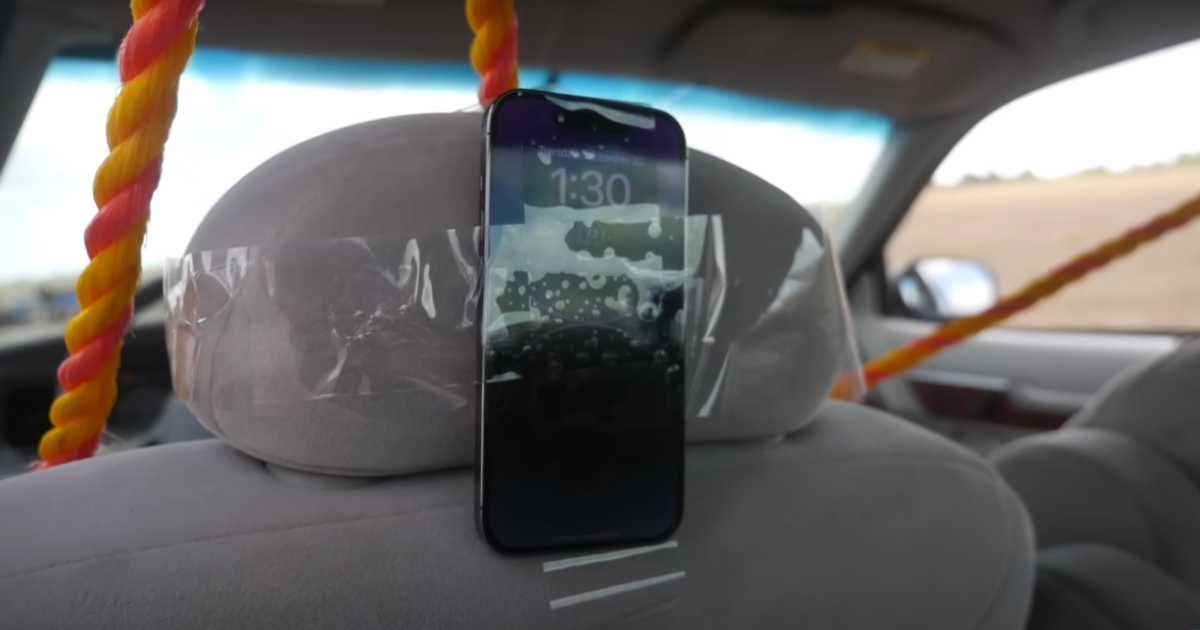 A YouTuber has gone to rather extreme measures to test Apple’s new Crash Detection feature. During the September Far Out event, Apple announced Crash Detection: a new feature that allows your device to inform emergency services if you have been in a crash.

Now, a YouTuber has literally tested the new feature and found that Apple’s new emergency SOS feature is able to work reliably in the event of a controlled vehicle collision.

In a YouTube video, gadget-smasher TechRax published a video showcasing his team remotely-controlling a driverless car that contains a new iPhone 14 Pro strapped to the headrest of the driver’s seat. Using this setup, the team attempts to crash the car into a stationary vehicle.

After several close calls, as well as the addition of a couple of more vehicles to help build a larger target, the team is able to remotely crash the vehicle successfully in a low collision. The car successfully crashed at a low speed, in what people would typically consider a “fender-bender” collision.

After a short delay, the iPhone 14 Pro’s Crash Detection feature does activate automatically. In the video, the phone initiates a countdown that will notify emergency services once it reaches zero. The team is able to cancel the countdown manually.

In the second successful attempt, the driverless car is driven into the wall of vehicles at a higher speed, destroying the hood in the process. Once again, Apple’s new Crash Detection feature goes active, and the team is able to manually cancel the countdown.

Looking at the Results

While these results don’t necessarily prove a resounding success—there are still many factors to consider when in a real-world collision—the fact that the team was able to successfully activate the feature should provide those with Crash Detection some relief.

Concerning Crash Detection, a device with the feature uses a motion sensor with a high dynamic range gyroscope and high-g accelerometer, GPS, barometer, microphone and advanced motion algorithms that must all work together to accurately detect a crash.

Of course, should you want to turn the feature off, simply open the Settings App, and go SOS > Crash Detection, and turn off Call After Severe Crash.

Hopefully no one has had to use Crash Detection, yet. But if you have, let us know of your experience in the comments.