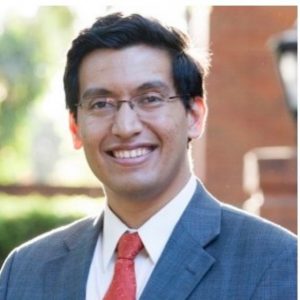 Ernesto Falcon is Legislative Counsel for the Electronic Frontier Foundation (EFF). His primary focus is on intellectual property and open internet issues. Ernesto and I chatted about the key issues surrounding net neutrality, the stakes for business and consumers, how the FCC’s recent ruling might be combatted, ongoing legal efforts to restore net neutrality, the key players, potential legislation, and what consumers can do to help. But before we got into all that, Ernesto talked about how he became an attorney and his experiences leading up to joining the EFF. For example, during his tenure, Public Knowledge and the EFF scored a major victory for consumers by rallying the Internet community to defeat the SOPA act. Ernesto fills in a lot of important details in the fight for net neutrality that you’ll want to hear.

For growing businesses, Jamf Now helps you set up, manage and protect your Apple devices on demand. You can check real-time inventory, configure Wi-Fi and email settings, deploy applications, protect sensitive company data, and even lock or wipe a device from anywhere. Jamf Now manages and protects your devices so you can focus on your business instead. For more information, go here with the bgm promo code: Jamf.com/bgm