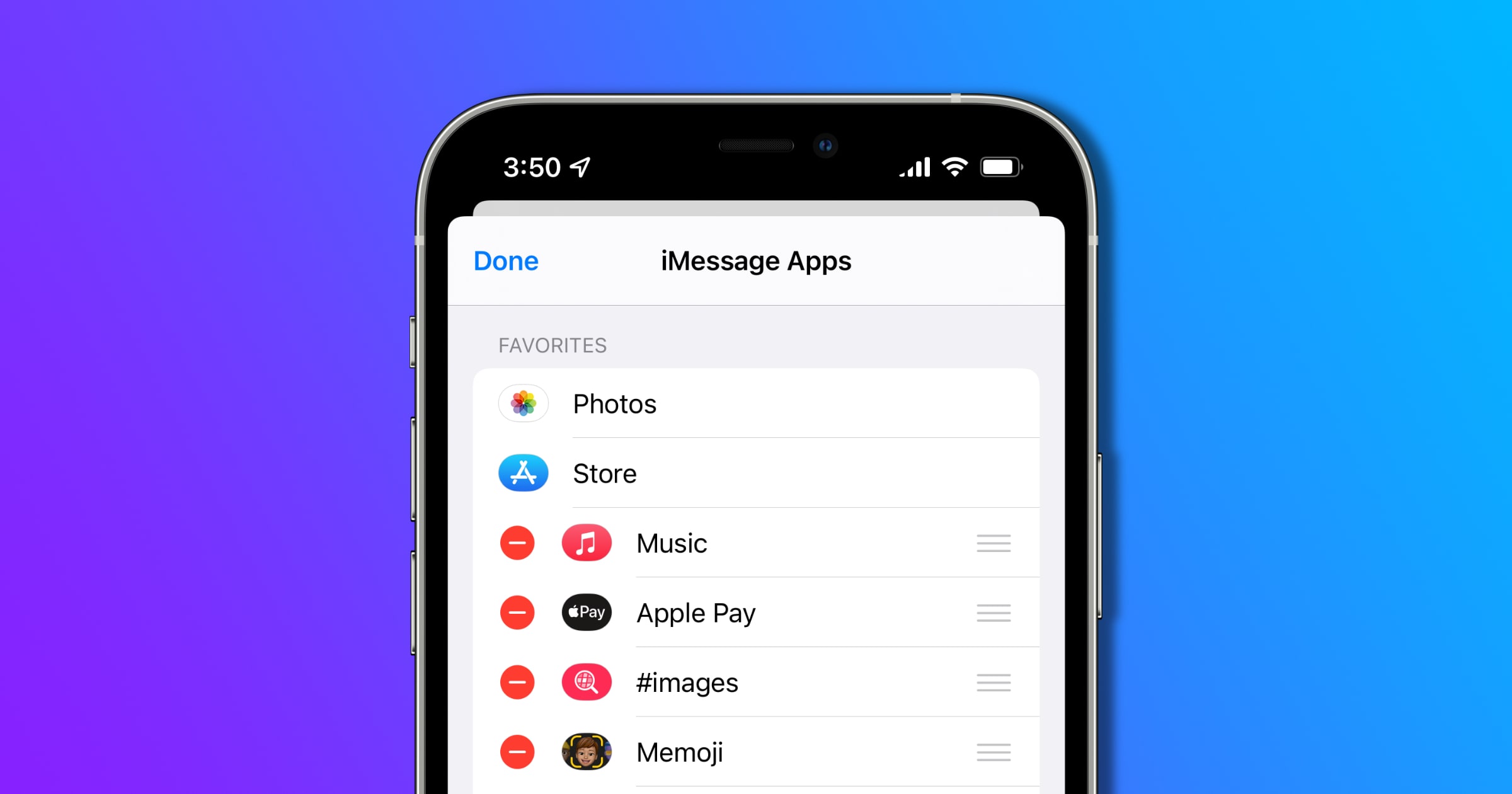 When you’re inside a conversation within Messages you’ll see a strip at the bottom with various icons. Icons such as App Store, Apple Pay, Apple Music, a GIF button, and various buttons from third-party apps you install. These apps are turned on by default.

You won’t be able to turn off the buttons for the App Store and Photos, but the rest of them can be disabled, even for other Apple services.