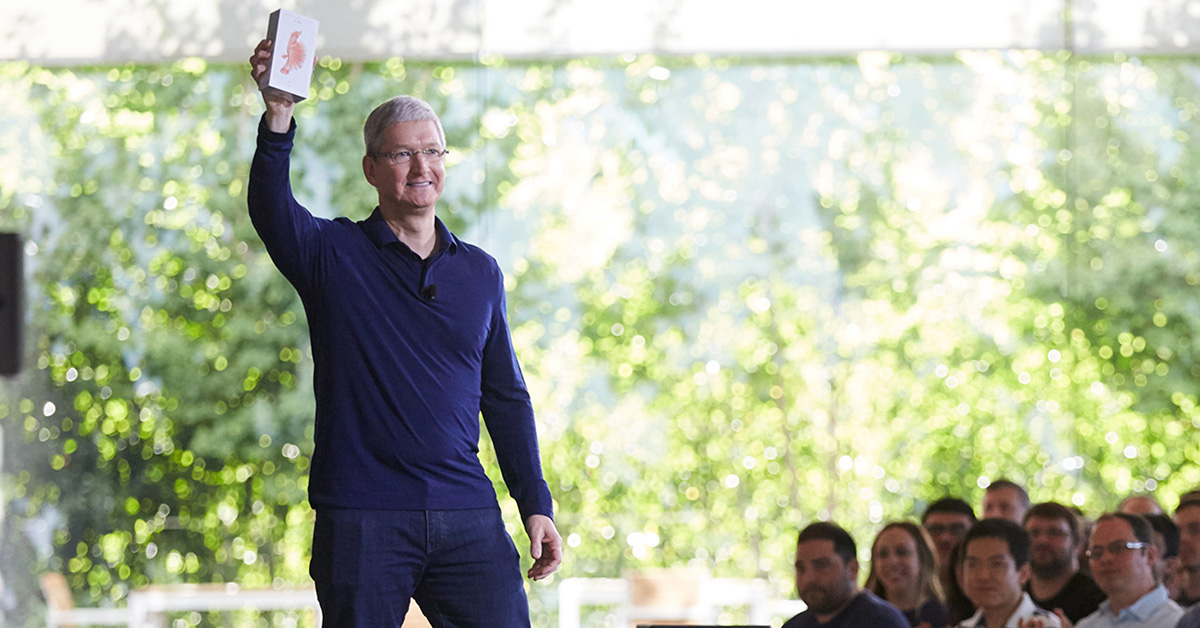 Mr. Cook shared the news with Apple’s employees this week, calling the iPhone “one of the most important, world-changing and successful products in history.” He added,

Last week we passed another major milestone when we sold the billionth iPhone. We never set out to make the most, but we’ve always set out to make the best products that make a difference. Thank you to everyone at Apple for helping change the world every day.

In January 2015 Apple announced selling over a billion iOS devices, including the iPhone, iPad, and iPod touch. A year later in January 2016 Apple followed up saying a billion iPhones, iPads, Apple Watches, and Apple TVs were in use. Now, only seven months later, the iPhone has topped the billion milestone.

The announcement follows Apple’s Q3 earnings report where the company reported US$42.4 billion in revenue with earnings at $7.8 billion. Apple sold 40.4 million iPhones during the quarter, along with 9.9 million iPads, and 4.2 million Macs. The company’s numbers were down year over year, but still beat analyst’s expectations.

When Apple introduced the iPhone in 2007 other smartphone makers scoffed and dismissed the device saying it’s lack of a physical keyboard was a fatal flaw. They also said Apple couldn’t succeed because breaking into the smartphone market was difficult at best.

Of those companies, Palm is completely gone, Blackberry is on its deathbed, and Microsoft has failed to compete in the smartphone space. Apple is now the dominant player in the market, and its biggest competition comes from Samsung and its Android-based devices.

Apple isn’t relaxing now that a billion iPhones have been sold. New models are expected to ship in September with faster processers and wireless features, and for the first time, no headphone jack. Instead, Apple will focus on audio over Lightning and Bluetooth. Apple is expected to follow up next year with a significant redesign to mark the iPhone’s 10th anniversary.

To put Apple’s iPhones sales in perspective, it launched in 2007 and has already topped a billion units sold. The Mac was introduced in 1984 and still has hit the billion mark.