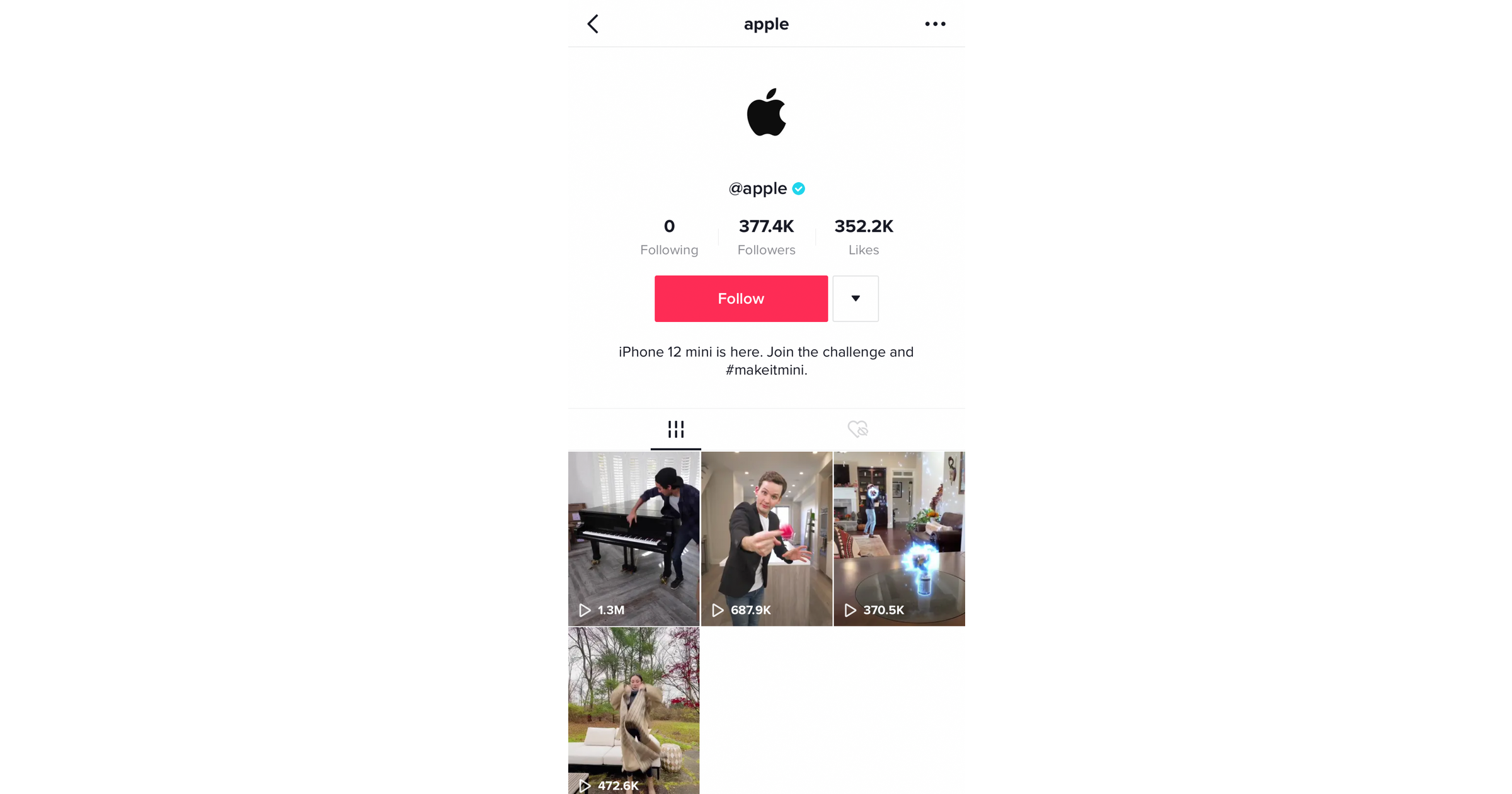 Apple has had a TikTok account for a few months. Now though, reported 9to5 Mac, it is starting to use it. Last week, it posted videos of influencers using the iPhone 12 mini. It’s a slow, steady, move, no more than Apple dipping its toe into the water.

On the face of it, it makes perfect sense for Apple to be publishing on TikTok – it attracts a young audience who want mobile devices that they can create content on. If nothing else, the company obviously needs to have the official account so nobody else gets hold of it. However, its products are already being readily promoted on the short-form video platform without it having to do anything. As I wrote previously:

TikTok is, quite frankly, one of the best adverts for Apple around. Whether it is teenage girls talking into their mirrors holding up an iPhone, or an influencer talking into their EarPod’s mic (they’re both things…) countless videos on the platform show Apple products.

It’s worth noting that there are official Apple TV and Music TikTok accounts, neither of which had published any content at the time of this writing. I suspect that will change in the near future. It’s not a very Apple move, but it would have been bold, and possibly more effective, for it to have ceded control and just left users to demonstrate how much they love its products.