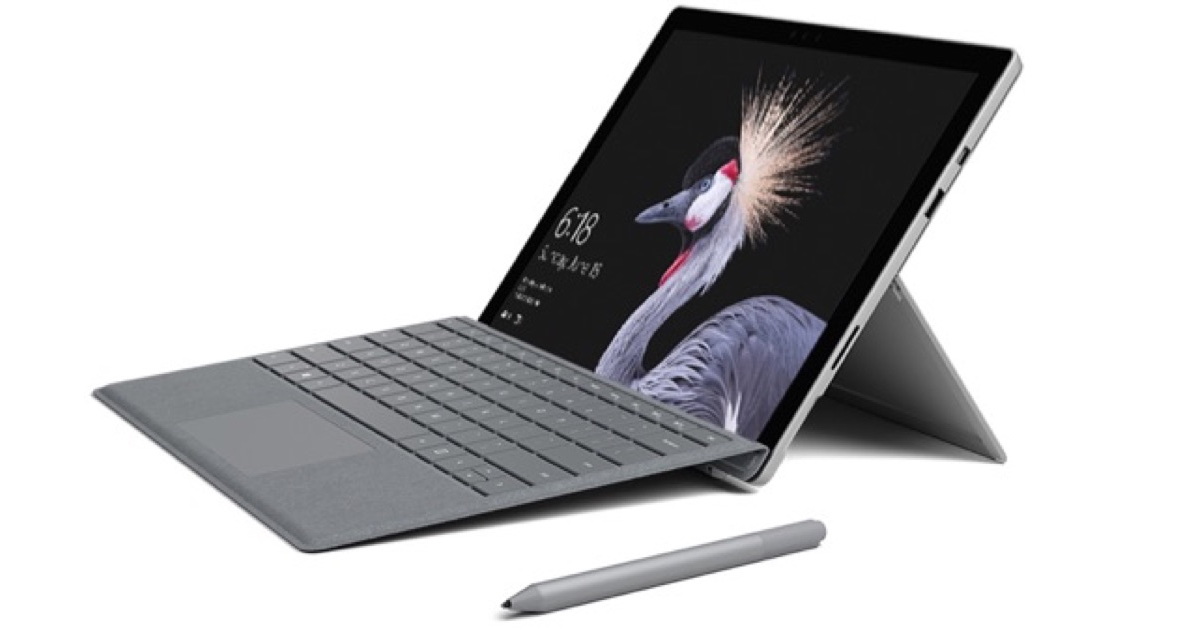 Apple product users often work cross-platfom. So it’s good to know what’s going on over on the Microsoft side when it comes to Surface PCs. Here’s a quick guide to the Microsoft Surface family of products and how they compare to Apple’s MacBooks and iPads. [All images via Microsoft.com]

Microsoft made a big fuss about this new Surface product at launch, and it doesn’t really have an analog in the Apple family of products. See: “Microsoft Just Announced the iPad I Always Wanted – Surface Studio.” It has all kinds of innovations, such as a “Zero Gravity Hinge” and the Surface Dial.

Surface Laptop. This is a mid-range notebook with a 10-inch (2256 x 1504) display. It’s not a convertible, it’s fairly light, and it can be compared to the MacBook Air. Accordingly, the price starts at $999 but can be as high as $2,199. It can support up to 16 GB RAM and up to 1 TB storage. CPU options are Core i5 or i7. Some reviewers think it’s underpowered, but it’s the kind of notebook that’s easy to travel with because it’s small and light (under 3 pounds.) That can make it very cool. See: “Wow, Microsoft Surface Laptop is $999 of Sexy.” It ships with Windows 10 S.

Surface Go. This is a new addition to the Surface family. It appears geared to education or budget-conscious owners because the price starts at $399. It uses a low end Intel CPU, suitable only for modest tasks, has a 10-inch (1800 x 1200) display, rather thick bezel, tops out at 8 GB RAM, and 128 GB storage. It’s super-light at 1.15 pounds. It doesn’t come with a keyboard (an extra cost option), and to get some reasonable  performance, one has to pay somewhat more. One can think of it, very roughly, as a 10.5-inch iPad Pro. Here’s a review. It ships with Windows 10 S.

There is a lot more to know about these Surface products. Reviews are easy to find. Microsoft has a splendid comparison page where you can see multiple products compared in detail, side by side.

The goal here, however, has simply been to provide a thumbnail sketch of this growing family of Surface products and provide a rough comparison to Apple products.