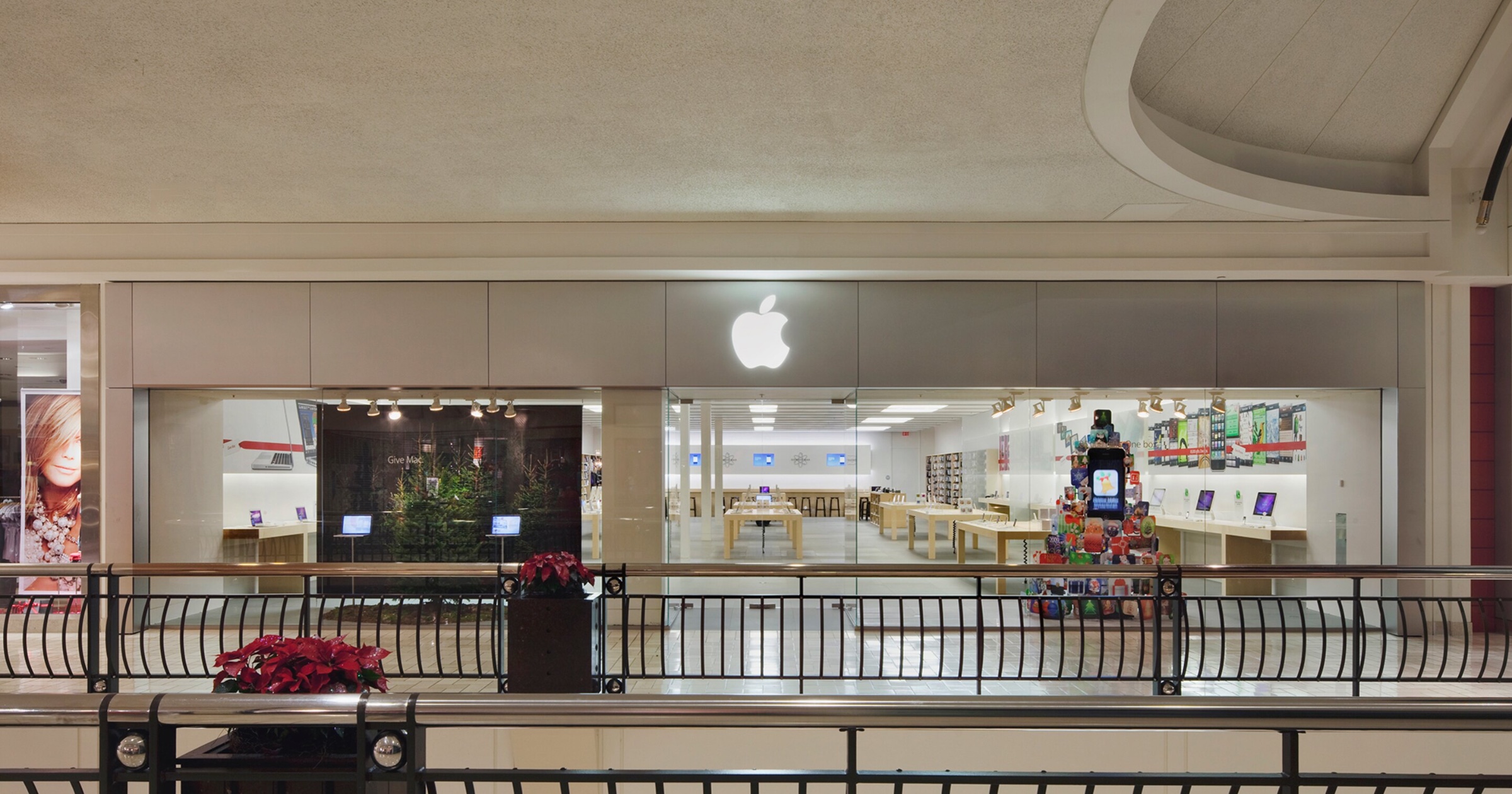 The first Apple Store officially opened its doors 20 years ago today – May 19, 2001. It was located at the Tysons Corner Center in Virginia. (The above image is that outlet as it looks today.) Steve Jobs had hosted a press conference a few days earlier to herald the move, which marked yet another significant moment in the company’s progress.

Introducing the first Apple Store at that press event on May 13, 2001, Mr. Jobs explained that the store was divided into four quarters and that the entire product line could be seen in the first 25 percent. He also made great play that every device in the store was connected to the internet, including “portables” with “Airport wireless networking.”

As with so many Apple moves, the company’s decision to open retail locations received a mixed reaction. As MacWorld noted a couple of weeks before the original opening, analysts and consultants were debating the move.

Depending on who you talk to, Apple’s decision to open a chain of retail stores is either a great move that was a long time coming or a foolhardy venture that’s likely to blow up in the company’s face.

Of course, we know now that the move has paid off, with Apple Stores proving to be a great way for customers to interact with the company and its products. Whether it’s a Genius appointment, a class, or just playing with a new product you can’t afford, Apple Stores have become destinations around the world. No surprise, pre-pandemic, they also generated a huge amount of money. Analysis of quarterly earnings in November 2019 by JP Morgan, seen by AppleInsider, suggested that retail was “driving greater direct purchases from customers.” When combined with the website, retail overall accounted for 31 percent of Apple’s revenue that financial year.

The first international Apple Store opened in Ginza, Tokyo, Japan on November 30, 2003. Another flagship outlet on London’s Regent Street a year later followed a year later. Of course, you had been able to buy Apple products at third-party retailers in the UK long before that. However, going into that store to look and buy products felt special. I confess, I still get something of thrill when I go in there! We can expect more international expansion in the years to come, with Apple Stores slated to open in India on September 23 (although that may well be disrupted due to the terrible COVID situation in that country).

Indeed, through most of 2020 and the start of 2021 pretty much all Apple Stores had to close their doors for a least some of the time due to the pandemic. However, 99 percent of them are now open. It will be fascinating to see how users and customers reconnect with them, and, by extension, the company. Has that link been broken? Are we all now just used to things just turning up at our door, or will we get the thrill of seeing and playing with new Apple products in real life back?

A lot remains to be seen in the next twenty weeks, never mind twenty months or years. One thing is for sure though, Apple Stores will remain key to the company for some time to come.