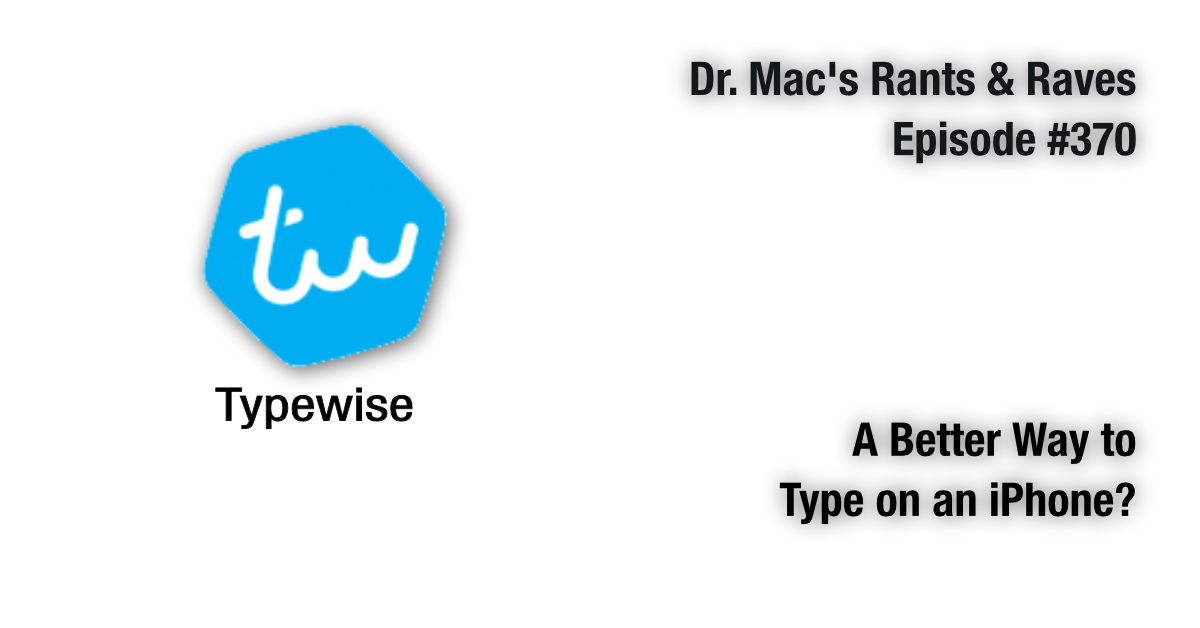 My fat fingers have never been comfortable typing on my iPhone screen. I rarely type anything—the keys are too small and too close together, so I much prefer dictation.

Typing on an iPhone screen just isn’t efficient. The QWERTY keyboard layout was created over 100 years ago specifically to prevent keys from jamming—when two neighboring keys are pressed at the same time or in rapid succession and become wedged. In other words, part of the reasoning behind the QWERTY layout was to slow down fast typists by separating often used key pairs.

A New Kind of iPhone Keyboard

And that is why I’m fascinated by Typewise, the first keyboard app designed from the ground up for a touchscreen and its promise to reduce typos by up to 80%.

Typewise is unlike any other iPhone keyboard I’ve tried—and I’ve tried many. The first things you’ll notice are that:

Because the keys are rearranged for accuracy, Typewise has a steeper learning curve than other keyboards. But it comes with an excellent tutorial and a skill-building game, which should have you up to speed in 30 minutes or less.

Behind the scenes, Typewise uses artificial intelligence to determine where your finger strikes each key and then adjusts its center point accordingly, which can reduce typos up to 53% all by itself. In addition, it monitors autocorrections and predictions, making it more accurate as time goes by. Finally, it monitors the word you type after rejecting an autocorrection so it can offer it as a suggestion in the future.

It also offers intuitive shortcuts like swiping up to capitalize a letter; swiping left across the keyboard to delete a character or characters, and swiping right to restore characters you’ve deleted. Once you get used to these gestures, you’ll wonder why they’re not on every iPhone keyboard. Yes, they are that good.

Finally, most third-party keyboards require permission for full network, GPS, storage, calendar, and/or contact access. Unlike most others, Typewise does 100% of its processing locally on your iPhone, and thus requires no suspicious permissions. While the permissions others require might not be nefarious, are you comfortable that your keyboard has access to so much personal information?

If you’re frustrated by your iPhone’s keyboard, or you’ve tried other keyboards that didn’t do it for you, try Typewise.

One last thing: I almost gave up because the key layout was unfamiliar, but I reviewed the tutorial and played the game a few more times, and I’m finally getting the hang of it. Bottom line: Bigger, smarter keys are a delight if you take the time to get used to them.

9 thoughts on “A Better Way to Type on an iPhone?”