I have far more data than will fit on my MacBook Pro’s 1TB internal SSD. My iTunes and Photos Libraries are each well over 1TB and I’ve got several terabytes of old files—books, columns, presentations, and more—that I’ll probably never need but can’t bear to delete. Plus, I’ve been shooting video and storing it on my Mac for more than two decades, so I have close to a terabyte of old homemade videos.

How Many Disks Does That Require?

All of this requires 6 large hard disks connected to my Mac at all times, plus three or four more hard disks used exclusively for backups. The backup disks are connected but I keep them unmounted (ejected) until they’re needed to avoid accidentally opening a backup copy instead of the original.

Finally, since I’m a firm believer in redundant backups, I also keep backup copies of everything I’ve just mentioned (and more) on 6 hard disks I store in a safe deposit box and update every couple of months.

So, I have literally millions of files on thirteen hard disks stored in two locations (or three if you count the cloud).

After three decades of fine-tuning, my regimen includes Time Machine for hourly backups of all disks connected to my Mac; Carbon Copy Cloner for bootable clones and duplicating local disks for offsite storage; and Backblaze, for backing up to the cloud in real time.

Overall, the system is almost perfect, but there’s been one thing missing: a master catalog of all of the millions of files—the ones stored locally, in my safe deposit box, and in the cloud.

While macOS’s Spotlight is great at what it does, it’s limited to disks mounted on your Mac. So it’s kinda useless for disks that aren’t mounted or stored elsewhere. The best I could do until recently was print a screen shot of the disk’s contents and tape it to the disk.

A couple of weeks ago I discovered an app called NeoFinder (formerly known as CD Finder) and it’s everything I hoped for and more. It took a couple of days to index all 13 disks. But after that part finished, I could search for any file on any disk and find it (or its offsite location) in a few seconds.

I’d be happy if that were all it did, but it does more. It comes with a bunch of useful smart folders like all items with thumbnails; all movies; all photos; all files with 5-star ratings; and so on. 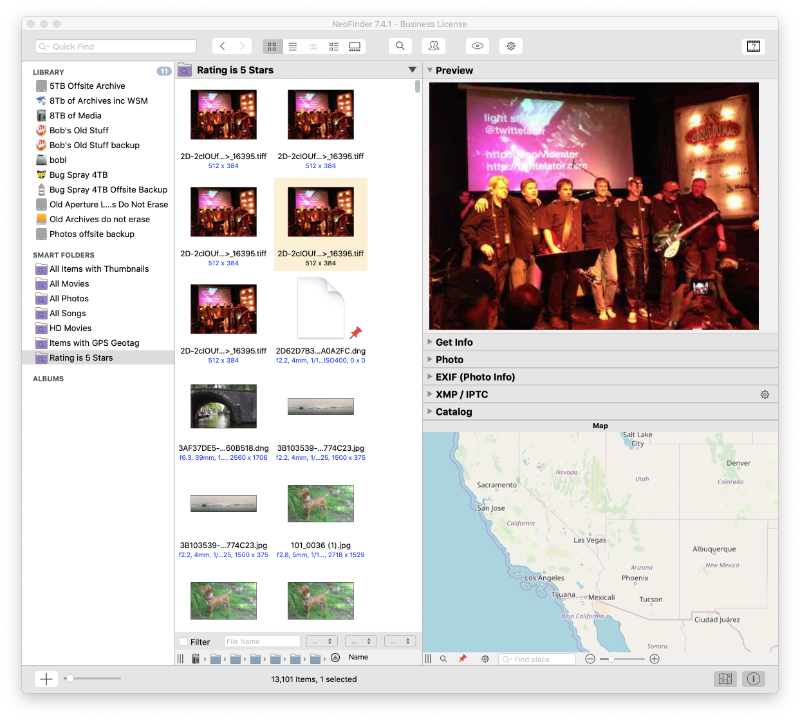 This NeoFinder Smart Folder displays all of my five star images from 11 disks.

You can also create smart folders based on your own criteria. And, you can create albums to consolidate files from different disks in one place.

There are also previews, filters, and other useful features to help you find what you seek. And it’s fast and easy to update indexes.

Its database is nearly 30GB, but that seems a small price to pay for the ability to locate any file on any disk almost instantly.

If you’re the type that has a pile of little storage devices—thumb drives, SD cards, and so on… 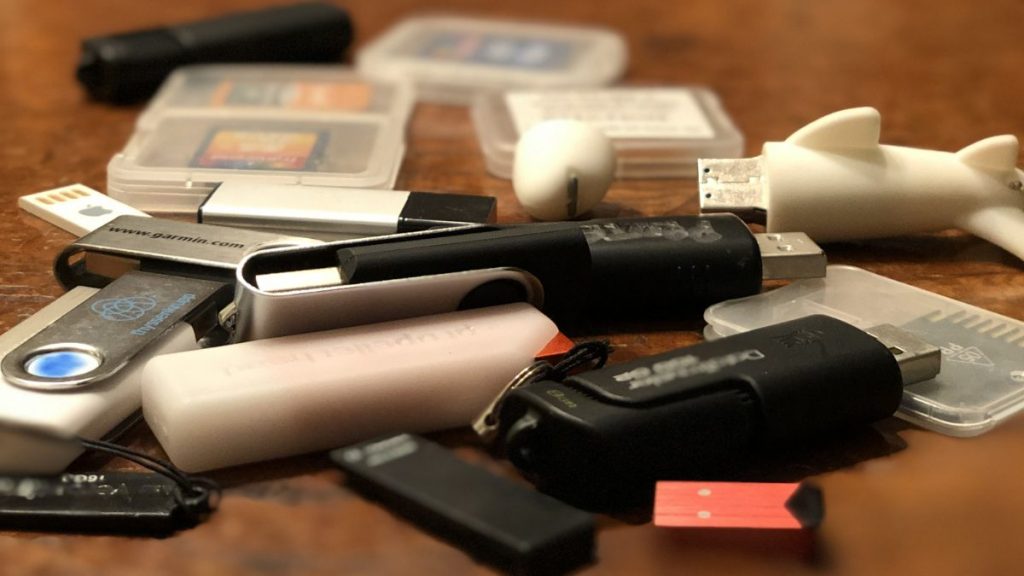 NeoFinder can index these storage devices (and much more).

…NeoFinder could index them in a flash (pun intended).

Here’s a tip: If you do index your thumb/flash drives, number the little suckers for easy identification. Since I don’t care what’s on those little things, I don’t do that (if it was important, I copied it a hard disk long ago). I don’t even know why I save them—most of ’em are 2GB or smaller and formatted for Windows.

If your data is spread across multiple disks in multiple locations (like mine), and you’d like a way to search them all at once, I recommend NeoFinder without hesitation.

Bob: I like your almost perfect regimen. It is very similar to mine, in which I do a daily (or twice daily) bootable Carbon Copy Cloner backup, real-time Time Machine backups, Transporter Backups (remember Transporter?) to my machine in the basement, online backups to iCloud, DropBox and a whole hard drive backup to Crash Plan (business). Unlike you, I do not have the problem of multiple archived drives/disks with terabytes worth of video or photo data, which do take a great deal of space. I do have multiple scientific databases and datasets that technically belong to the institutions where I… Read more »