Any sufficiently advanced technology is indistinguishable from magic.

If you’ve been manipulating images with a computer as long as I have, you know that the holy grail for image-processing apps like Photoshop, Affinity Photo, and Pixelmator Pro is to enlarge (or reduce) an image without introducing visible artifacts, blurriness, jagged edges, or other unwanted elements.

Over the years graphics apps have improved at scaling images using algorithms with names like Bilinear and Nearest Neighbor, but the results have never been great. If you try to enlarge or reduce most images using those algorithms, the result will look better than if no algorithm were applied, but will rarely look great.

A Breakthrough in Image Resizing

Last week, however, Pixelmator Pro introduced a breakthrough feature called ML Super Resolution that uses machine learning to increase the resolution (size) of an image without losing (much) detail or introducing unwanted artifacts.

The blog post announcing the new feature proudly proclaimed, “Yes, zooming and enhancing images like they do in all those cheesy police dramas is now a reality!”

I’m not sure I’d go that far, but after a couple of days of testing, I’m quite impressed. While it can’t enlarge a postage-stamp sized low-resolution image to a perfect poster-sized high-res image, I’m amazed at how well the machine learning algorithm works to double, triple, or even quadruple the size and resolution of many images. 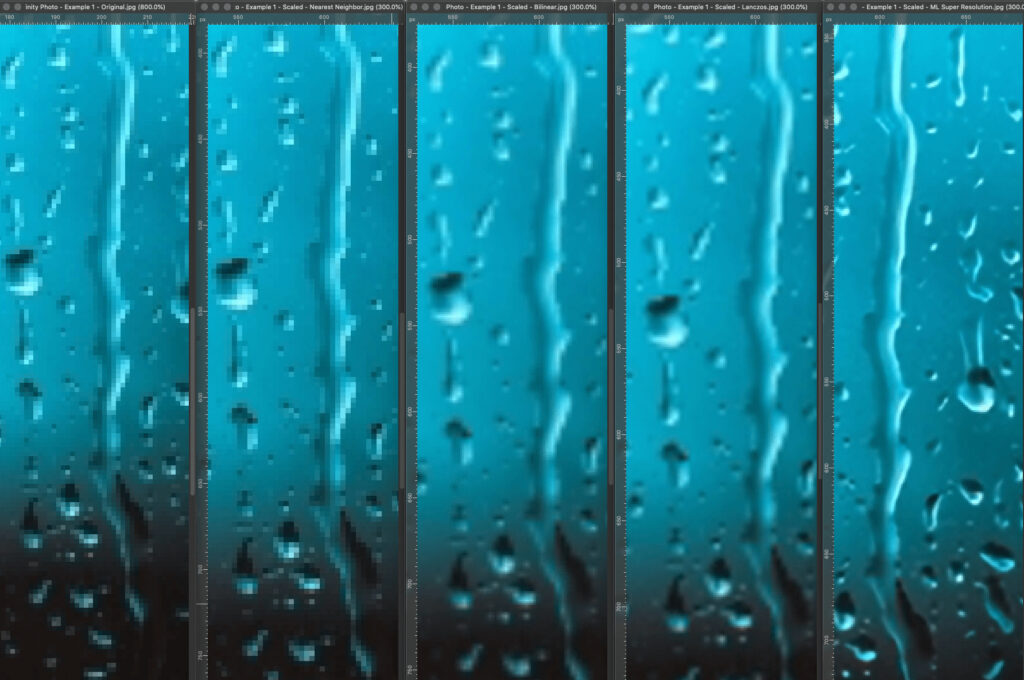 Behind the scenes, the magic is done by machine learning, which attempts to recognize edges, patterns, and textures, and then recreate detail based on its dataset and extensive training. And, while machine learning requires more processing power than other algorithms—between 8,000 and 62,000 times more according to Pixelmator—images were processed in just a few seconds each on my 2015 MacBook Pro.

I urge you to visit the Pixelmator blog (https://www.pixelmator.com/blog/, where you can read about the technology behind ML Super Resolution and see examples compared to the three most common algorithms—Bilinear, Nearest Neighbor, and Lanczos.

I’m still a fan of Affinity Photos, and I still use it for most of my image editing. But, going forward, I’ll break out Pixelmator Pro if I need a high-quality image enlargement or reduction. I may even switch to using it full-time.

So, download the free trial and try it on some of your own images. I’ll be surprised if you’re not as impressed with ML Super Resolution as I am.