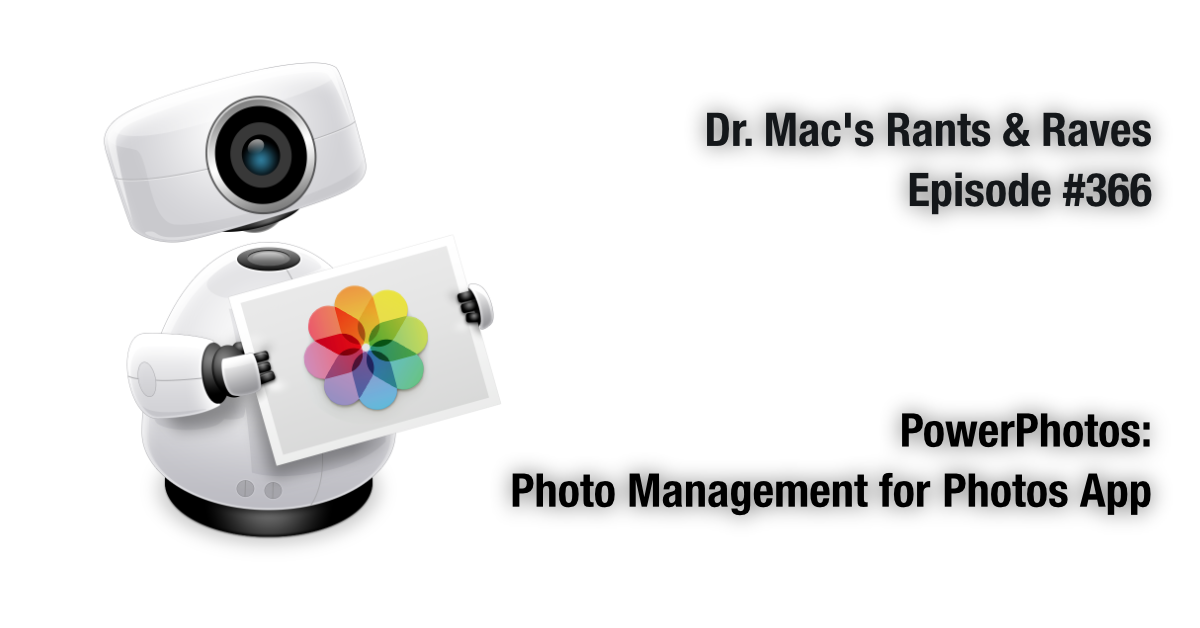 I’ve been taking digital photos for nearly two decades and have managed my photo collection in Apple’s Photos (formerly iPhoto) app for most of that time. At some point, I decided that my iPhoto/Photos library was too big and archived everything prior to 2014 in a second iPhoto/Photos library. I guess I started taking more pictures about then because I had to do it again in 2017 when the second Photos library grew to over 200GB.

I ended up with three separate Photos libraries containing nearly 20 years of pictures and videos. Unfortunately, Photos only lets you use one Photos library at a time, so while breaking up my library made backups and storage easier, it made finding a specific photo a nightmare.

I Want My Single Monolithic Library Back!

With larger and cheaper hard drives now plentiful (for backups), I decided I wanted to merge all of my photos from the three libraries back into a single Photos library. That way I’d only need to look in one place for any of my 62,000 photos and 3,000 videos.

The bad news was, as I mentioned, Photos restricts you to a single library at a time. You have to close the current library to open a different one, so there was no easy way to merge their contents.

I suppose if I were a more patient person, I could have exported the contents of the two archival libraries and imported them into the current one. But I was afraid I might the ability to revert modified files to their original state, not to mention all of my carefully curated albums, star ratings, keywords, metadata, and such.

Then I remembered hearing Dave Hamilton mention PowerPhotos on his Mac Geek Gab podcast, raving that it offered the tools that should have been built into the Photos app…

He was right. PowerPhotos ($29.99) was just what I needed. It works in conjunction with the macOS Photos app, adding tools that help you manage and organize your photo collection, create and manage multiple libraries, and copy photos and albums from library to library while retaining their metadata, including keywords, descriptions, titles, dates, and favorite status.

Two features make PowerPhotos a must-have, at least for me. The first is merging multiple Photos libraries into one.

While a single monolithic library may slow down the Photos app more than three smaller ones, I still wanted everything in one place. It took all night, but the next day all 65,000 photos and videos were in one library. While everything looked good and worked flawlessly, I noticed I had failed to enable Eliminate Duplicates While Merging, so I ended up with a lot of duplicate photos in my monolithic, all-encompassing library. .

Which brings me to the second great feature: Find Duplicate Photos. I’ve tried many apps that claim to find duplicate photos, but none do it as well or as easily as PowerPhotos.

But wait—there’s more! It’s also got its own image browser, so you can search for photos in multiple libraries without even opening the Photos app. And, it can seamlessly migrate old iPhoto or Aperture libraries and turn them into new Photos libraries.

Finally, if you’re running an older version of macOS and using iPhoto, Fatcat Software also offers PowerPhotos predecessor, iPhoto Library Manager ($29.99), but here’s a nice touch: If you buy either one, you get a license for the other at no additional cost.

How does your phone cope? I’ve had horrible synching issues recently with my iPhone 7+ on iOS 13.3 – and I only have 15002 photos on my iPhone – the phone wouldn’t update Photos library unless I rebooted it, although it seems OK now..

I don’t _store_ all my photos on all my devices. I use iCloud Photo Library. I haven’t had any issues on any of my devices in quite some time.