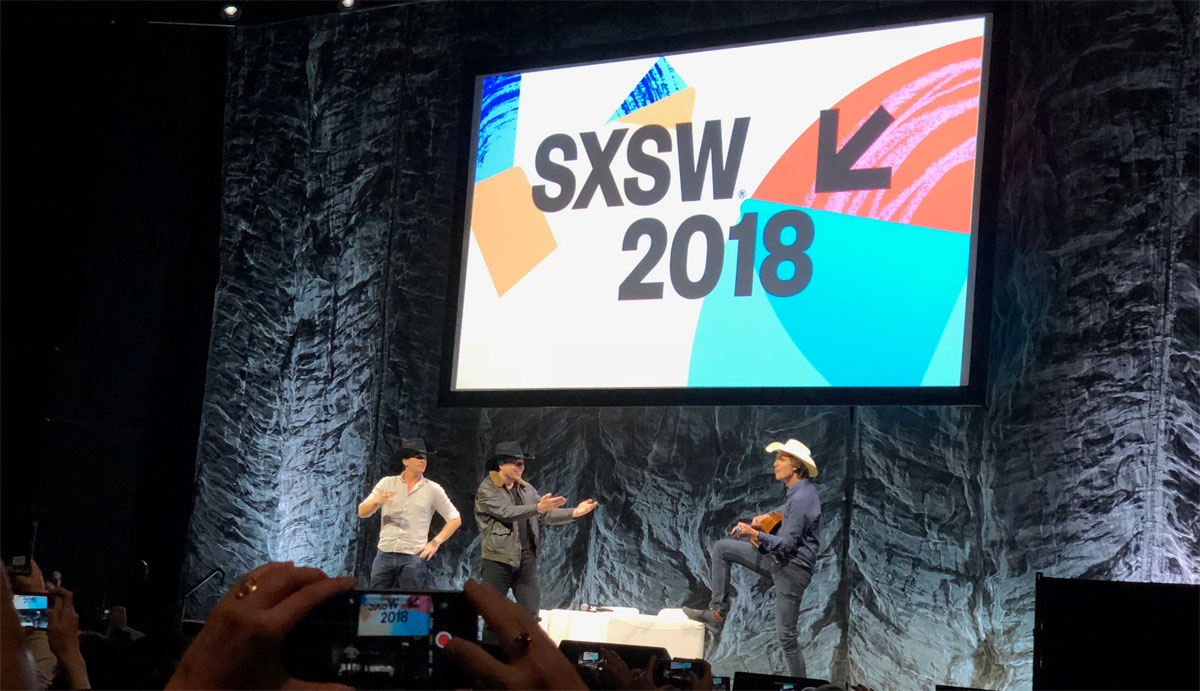 AUSTIN – SXSW surprised everyone on Sunday with a presentation by Elon Musk, CEO of both Tesla and SpaceX, among other jobs. Formatted as a fireside chat with Westworld co-creator Jonathan Nolan, questions from the audience drove the conversation in a few different directions.

The presence of Elon Musk wasn’t the only surprise, especially for me as a long-time Apple watcher. I’d never seen Musk speak in public, though of course I’ve watched some of his product announcements online along with the rest of the world. From those, I had always viewed Elon Musk through the same lens as I viewed Steve Jobs: affable founder, achieved significant success, knew how to talk to people, and understood the technology but didn’t actually do the engineering.

Clearly I was wrong.

When asked about something he wished he could do differently, he relayed the story of starting SpaceX and needing a Chief Engineer. They didn’t have the money to hire a good chief engineer, and saw no point in hiring a bad one…so Elon Musk named himself the chief engineer and started work on the project. To this day he says, “At SpaceX all my time is spent on engineering and design. 80-90%”. Someone else manages the business and operations. According to Musk, “If you don’t understand something at a detailed level you can’t make good decisions.”

Similarly surprising for me was his candor and confidence when asked by an audience member, “with regards to the Mars mission, how can we help?” Musk seemed almost surprised by the question, saying, “We’re building the BFR right now to get us to Mars. What we need? Good will. Support.”

Musk wasn’t out there asking for money or help. In fact, it was quite obvious that things are very much on schedule, though he did acknowledge, “sometimes my timelines are optimistic,” and he pledged that he was trying to be better about that. Still, on the heels of that admission he said that short up-and-down flights will happen “in the second half of next year.”

One interesting part about Mars is that Musk sees well past the “success” of actually getting there. Once we’re able to get there reliably and regularly, in his mind, that’s when the entrepreneurial opportunities related to colonization really begin, though admittedly dangerous, both financially and physically. If you’re one of the first to go, “there’s a good chance you will die,” Musk says half-jokingly, “but plenty of excitement for those who survive.”

Hearing Musk discuss it, his Mars focus with SpaceX comes cross in a very philanthropic way. And, to him, it all started with visiting NASA’s website and wondering why there was nothing there about a trip to Mars.

Elon Musk on AI and STARLINK

Musk’s concerns about artificial intelligence were also a surprise. It’s rare to hear a business mogul look for more governmental involvement and restriction, and yet Musk says, “Mark my words: AI is far more dangerous than nukes. So why do we have no regulatory oversight? It’s insane.”

Elon Musk isn’t immune to his own Reality Distortion Field, though. When talking about STARLINK, he quickly jokes, “It’s Skynet,” referring to the famed (and currently fictitious!) AI from Terminator that took over the world. He’s bullish on STARLINK’s future, “It’s an internet in the sky. Low latency, high bandwidth internet connectivity throughout the world.” But he says that they’re not putting enough smarts in STARLINK for it to “think” autonomously.

Doesn’t that just mean it’s susceptible to any intelligence – natural or otherwise – that gains access to STARLINK’s controls?

3 thoughts on “Elon Musk at SXSW: He’s Not Steve Jobs – in Some Ways, He’s Better”