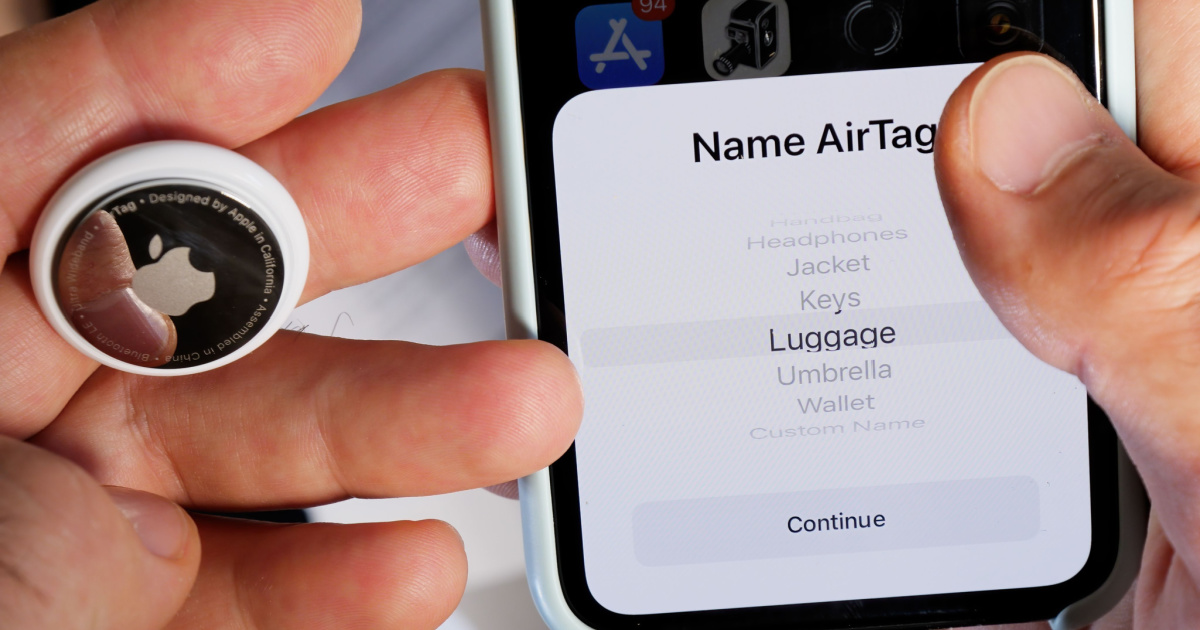 It turns out Lufthansa is correctly interpreting aviation regulations classifying AirTags as dangerous goods. We’re talking here about the German airline’s controversial stance on AirTags in checked luggage. However, the whole issue still raises more questions than answers. It also points to the need for aviation regulators to revisit the rules and guidance offered to air carriers.

Update: Lufthansa issued a statement on Wednesday that it will once again allow tracking devices such as the AirTag in checked luggage. The shift comes after the airline spoke with German aviation authorities about the issue. The statement says, in part:

The German Aviation Authorities (Luftfahrt-Bundesamt) confirmed today, that they share our risk assessment that tracking devices with very low battery and transmission power in checked luggage do not pose a safety risk. With that these devices are allowed on Lufthansa flights.

The Background Behind Lufthansa, AirTags and the ICAO’s Dangerous Goods Regulations

On Sunday, German airline Lufthansa made a claim that trackers like Apple’s AirTag must be deactivated in checked baggage on its flights. This, of course, isn’t possible without removing the battery from the accessory. That also completely eliminates any benefit to having the AirTag in your checked luggage in the first place.

The assertion came after multiple social media accounts of the airline having no clue where travelers’ bags had ended up. Many of these passengers used their AirTags to show Lufthansa exactly where their luggage was, leaving the airline with a considerable amount of egg on its face.

Since then, of course, Lufthansa has back-pedaled on its statement. The air carrier now says it lacks a specific policy prohibiting baggage trackers. Instead, it insists it remains at the mercy of International Civilian Aviation Organization (ICAO) regulations.

For its part, Apple claimed in a statement that its AirTags are “compliant with international airline travel safety regulations for carry-on and checked baggage” (via The New York Times).

After several days of coverage of the matter, both on our website and in our Daily Observations podcast, one pilot reached out with the specifics behind the regulations. While the pilot spoke anonymously because they are not authorized to speak on the record, they did offer details proving Lufthansa correct about AirTags.

According to ICAO regulations, “batteries contained in portable electronic devices should be carried as carry-on baggage.” In the Technical Instructions of Annex 18 of the ICAO Guidelines section on dangerous goods, however, there’s an allowance for such batteries in checked baggage.

When carried in checked baggage, the regulations state, “measures must be taken to prevent unintentional activation.” Furthermore, the devices are required to be completely switched off.

Outdated Regulations Both Unenforceable and In Need of Revision

While Lufthansa may be right in its claim that international regulations prohibit “live” AirTags in checked luggage, this all points to bigger issues. First of all, ICAO clearly needs to revise the regulations to account for these minuscule batteries.

Guidelines and Regulations Should Be Modernized and Updated

Other trade groups and regulatory bodies covering aviation have already adjusted their rulings. In the U.S., the FAA says the batteries included in AirTags are approved for all baggage(PDF). The European Union Aviation Safety Agency also allows the trackers. So does the International Air Transport Association, an airlines trade group.

ICAO does make adjustments to its guidelines frequently. ICAO publishes these as addendums to the “master” document, one clearly in need of further revision. In terms of lithium metal batteries of the type used in AirTags, the guidelines currently say batteries “may exceed 2 grams” of lithium content.

Your typical CR2032 battery contains much, much less lithium. In fact, Energizer says its CR2032 batteries contain just 0.109 grams of lithium. That’s just more than a tenth of a gram, and we’re viewing that in terms of regulations allowing twenty times that amount.

The ICAO, in a separate statement, stipulates that it “does not play an oversight role” over the airlines. Instead, the organization offers its guidelines over what passengers can and cannot do. The airlines and other regulators are the ones who set policy, ICAO insisted.

This runs contrary to Lufthansa’s own statement, which claimed it was incumbent on “the authorities to adapt regulations that right now limit the use of these devices for airline passengers in checked luggage.”

The trouble is, how would you even enforce such a regulation? Apple’s AirTags and other trackers have very low transmission power, and security screeners aren’t currently looking for them. That, really, means it’s up to the airline to ask passengers.

Much like the question, “Did you pack your bag yourself,” how many people with AirTags would answer honestly? Likely, not many people would. After all, the news has always given a lot of attention paid to missing luggage fiascos. It’s even more visible now, with social media.

No, in fact, any attempt to try enforcing this regulation would only cause more harm than good. In fact, one aviation professional suggests the attempt would only encourage officials to ignore “other more important regs.”

C’mon, We All Know Its Not Our Safety You’re Worried About Here

At the end of the day, unless Lufthansa (or any other airline who decides to jump on this bandwagon), needs to stop trying to avoid embarrassment. Even though Lufthansa does appear to be correct that regulations prohibit active AirTags in checked luggage, nobody really believes passenger safety is the reason for the kerfuffle.

Do better, Lufthansa. Maybe embrace the ability of AirTags to help you locate lost luggage instead of whining that they shouldn’t be there in the first place.