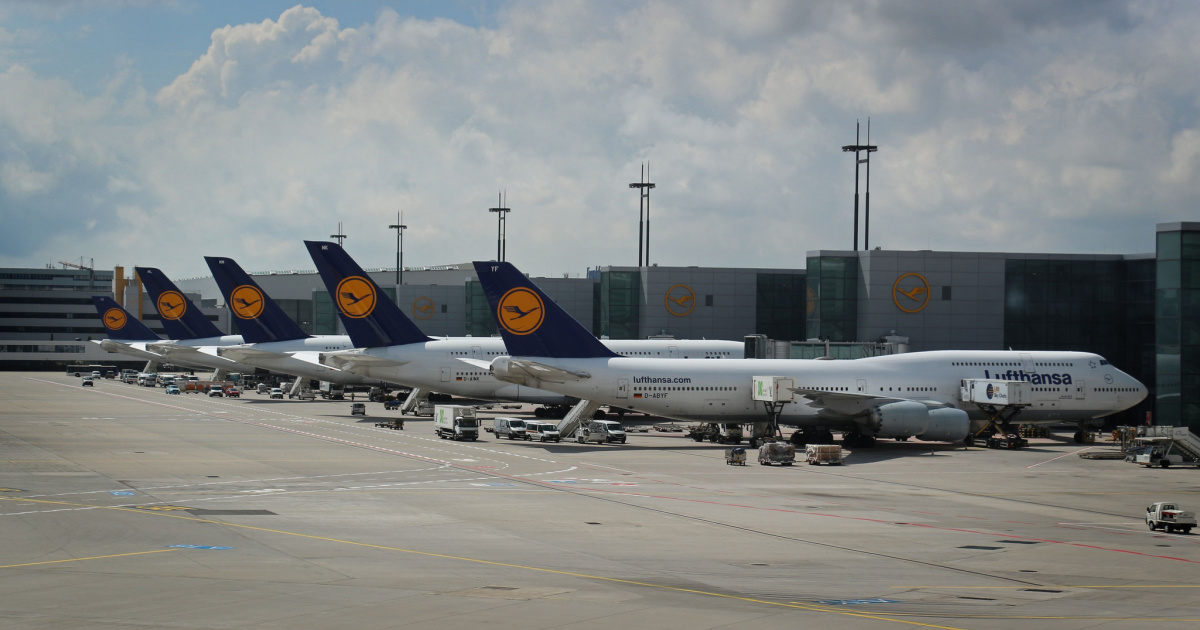 German airline Lufthansa has been in the headlines recently, but not in a good way. The move follows a series of tales where travelers locate their luggage when the airlines can’t, thanks to the AirTag. Embarrassed, the airline has taken a rather hard-nosed stance. Citing regulatory guidelines, Lufthansa has now bans AirTags in checked luggage. In truth, though, the company is misinterpreting the regulations.

The Trouble With Luggage Trackers

The problem of missing luggage is almost as old as air travel itself. Since Apple debuted the AirTag, though, it’s become even more of a source of embarrassment for airlines. Thanks to the tiny item trackers, travelers can often pinpoint where their luggage. Even more shameful, travelers find out where their luggage is before the airlines even admit it’s been misrouted.

In one case, a traveler flew on a Lufthansa flight from Athens to Paris, but the luggage got lost somewhere around Munich. After the airline said it couldn’t locate the checked baggage, the traveler checked the location of an AirTag within the suitcase. Rather than being on its way to Paris, the AirTag was in Toulouse, France, 376 miles off course.

Lufthansa, already trying to wipe the egg off its face, responded in the worse possible way. It’s now trying to completely thwart any possibility of further embarrassment. While the airline’s exact stance seems murky and laden with indecision, it advised at least one traveler that such “trackers must be deactivated during the flight if they are in checked baggage.”

Lufthansa Justifies Its Ban on AirTag With Faulty Interpretation of Regulations

Throughout much of the world, the International Civilian Aviation Organization (ICAO) regulates what travelers can and cannot include in checked luggage. Among these regulations, ICAO places restrictions on transporting “dangerous goods” in checked and carryon baggage.

Lufthansa claims the batteries inside AirTag trackers fall into this classification. Furthermore, because the accessories can communicate via Bluetooth, Lufthansa says they must be deactivated in checked baggage. Here’s the problem with both of those assessments.

That’s about the Watt-hour rating you’d find on some personal hover boards. Even the power within a 16-inch MacBook Pro is less than that rating, at 99.6Wh. Your typical CR2032 coin battery, which is what powers an AirTag, has a Watt-hour rating of less than 1Wh (0.675Wh, in fact).

Next, of course, Lufthansa calls on the transmission capabilities of the AirTag. The airline insists passengers need to deactivate any AirTags during flight, but the only way to do that would be to remove the battery. It goes without saying that such action would defeat the whole purpose of having the AirTag in your luggage in the first place.

The question is, does the tiny radio inside your AirTag really represent that much of a danger to the avionics on an airplane? Multiple international aviation experts say no, and some go so far as to say this is really more about Lufthansa trying to save face than act safely.

It’s important to note, too, that the inclusion of AirTags and similar trackers is perfectly fine in carryon or checked luggage in the U.S. The TSA permits the devices, and the FAA says the limited effects of short-range Bluetooth transmissions are fine.

The Mac Observer has reached out to Apple, Lufthansa and others for comment. We will update you with any statements we receive.

3 thoughts on “Lufthansa Bans AirTag For All the Wrong Reasons”