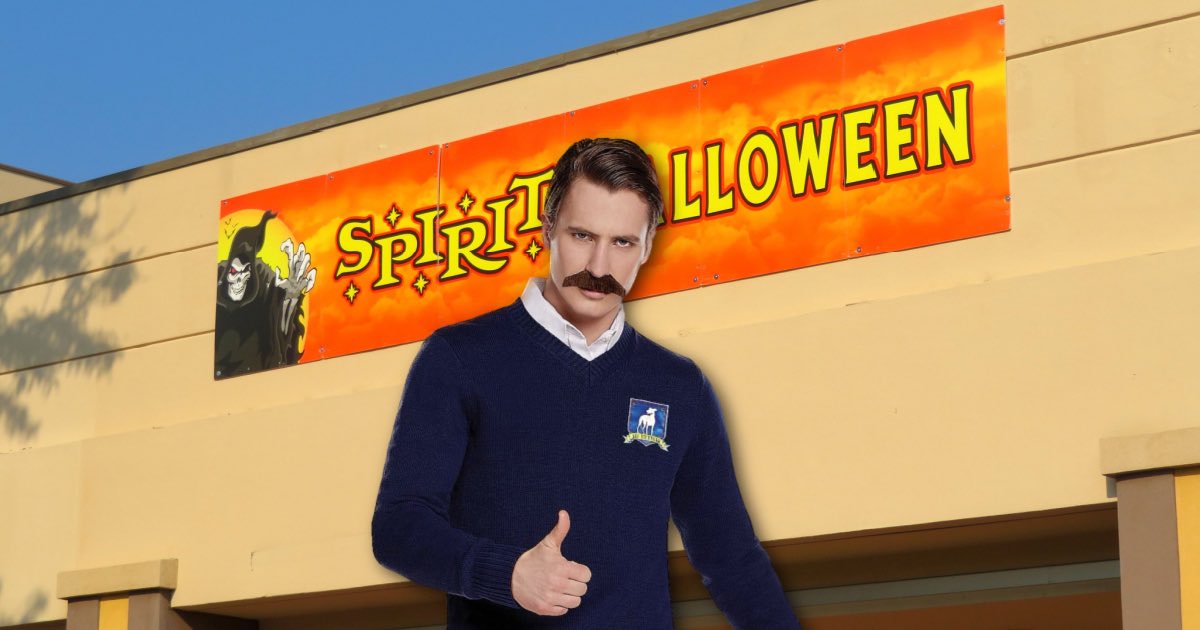 It looks like Apple TV+’s Ted Lasso has made it to Spirit Halloween. With it being a couple of weeks into October, that means Halloween is right around the corner. A time for spookiness, friendship and binge-eating, it also means adults get to play dress-up for a day.

Now, thanks to Spirit Halloween, we can now dress up as our favorite characters from Apple TV+’s Ted Lasso.

For those unfamiliar, Spirit Halloween is a retailer owned by Spencer Gifts that specializes in, you guessed it, Halloween supplies. While you may not live near one, that hasn’t stopped the company from becoming a popular meme, due to the store typically being found occupying dead or dying storefronts.

Now, our very own Ted Lasso has numerous costumes based around characters from the show available on the store’s website. Ranging from children to adult costumers, they have a variety of choices for everyone looking to believe this holiday season.

Overall, the costumes look pretty spot on, and seem to remain faithful to the series overall. The Keeley Jones costume, however, is somewhat lazy, and seems to fit the mold of “scandalous” Halloween costume ideas targeted toward women. Jones is rather stylish on the show, so throwing a crop-top jersey on the character and calling it a day is pretty lame.

However, Spirit Halloween is also selling Ted Lasso merchandise, including a sticker, a hat, a keychain and a coffee mug.

If you’re a major Ted Lasso fan, or simply running out of ideas before Halloween, Spirit Halloween has you covered.

The first two seasons of Ted Lasso are currently streaming on Apple TV+. Season three, likely the final season, will not see release until next year at the earliest.

Plan on going as a Ted Lasso character for Halloween? Let us know in the comments.