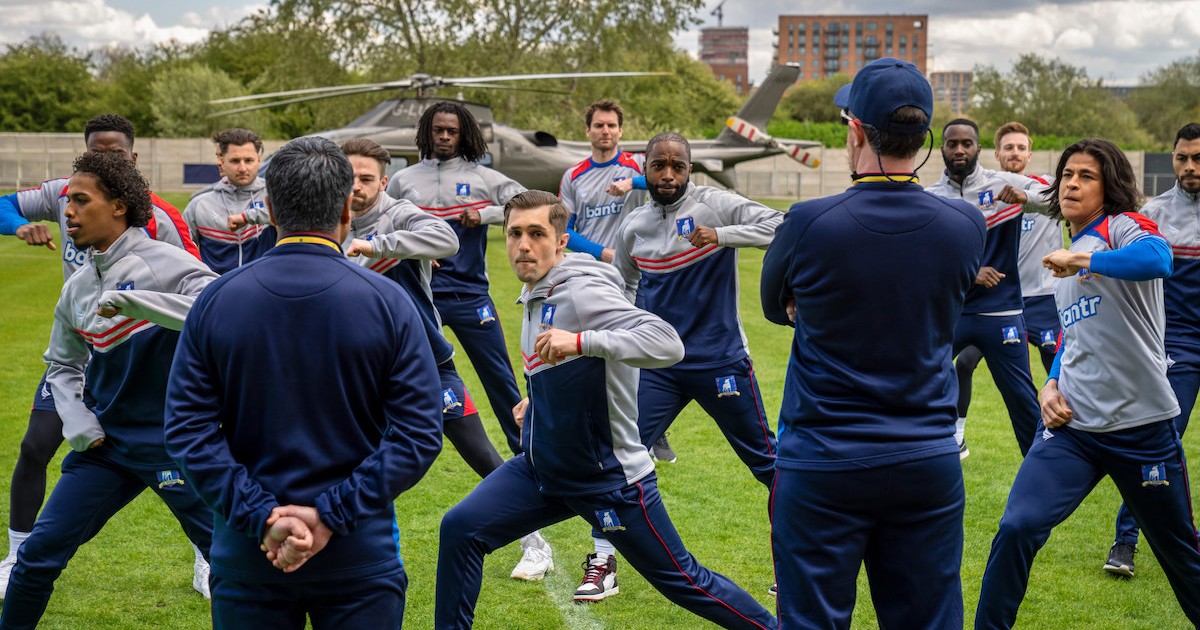 Ted Lasso fans, some bittersweet news may be arriving today concerning Season 3 of the hit Apple TV+ comedy. Reports indicate that the cast is in the middle of filming scenes for the third season, and much of the cast and crew reports this likely the final season for the series.

According to a report from Deadline, executive producer and star Brett Goldstein revealed last month the finale for Season 3 is being written as the series finale. For the Sunday Times, Goldstein stated, “We are writing it like that, it was planned as three.”

Season 3 of ‘Ted Lasso’ Likely to Be the Last

Co-creator Jason Sudeikis, as well as Brendan Hunt and Bill Lawrence has also stated this is likely to be the final season. Lawrence confirmed this with Deadline in October. Apple, on the other hand, has yet to confirm that Season 3 will be the end.

During a Ted Lasso FYC event on Monday Night, Deadline spoke to Hannah Waddingham, who plays Rebecca Welton on Lasso. While admitting that she was not willing to say goodbye to her fellow cast mates just yet, Waddngham also revealed that she was surprised about Sudeikis’ decision to end the show.

I thought Jason would be pushed and pushed [to keep going], she said. I have an immense sadness because she’s brought quite a lot to my life. Jason has as well—an immeasurable amount. He has changed my life. He’s changed how I view people.

Waddingham received an Emmy Award for Outstanding Supporting Actress in a Comedy Series in 2021 for her role on Lasso, and when speaking to DeadLine, she could only assure fans that Rebecca will return to Season 3 as a “boss ass b**ch”.

The Casts Says Their Goodbyes

Recent Emmy-nominated actor Toheeb Jimoh, who plays soccer star Sam Obisanya, also spoke about his time on the show and what’s in store for Season 3. While he would not reveal if his romance in Season 2 will evolve in the third season, Jimoh did state that “whether you’re a TedBecca fan or SamBecca fan. There’s going to be a really interesting resolution for all the characters.”

Jimoh also stated that Obisanya’s purchase during the Season 2 finale will find more prominence within the third season.

Now Sam is investing in a business with the hope of welcoming people in. In Season 2, Sam talks about how he hasn’t had proper Nigerian food since arriving here so he makes that space for himself and that’s how he cements his ties back home here. He wants other Nigerians in London to find the restaurant and that they’ll find themselves there. I really identified with Sam’s story because it’s my story and my parent’s story too.

Additionally, Jimoh also stated that departing from the series and the character has been a struggle. Additionally, Kola Bokinni, who plays Isaac McAdoo, the team captain, said McAdoo is “trying to understand what it takes to be a leader”. Bokinni also laments that Season 3 will likely be the last season.

For Ted Lasso, the series has impressed both critics and fans alike. The comedy series has absolutely dominated at the Emmy Awards for two years in a row, and it is likely Season 3 will do the same. Even Apple’s rival Alphabet enjoys Ted Lasso.

(Warning, heavy spoiler section.) In terms of Season 3, it will be interesting to see exactly how the characters evolve and resolve their issues. With Nate proving to be an absolute scumbag, one has to wonder if he’ll receive the Ted Lasso redemption arch, or continues on his antagonistic path.

For Lasso himself, his openness to working alongside Dr. Fieldstone is admirable, but it will be interesting to see if is able to keep it together when it matters most. Overall, the way the series explores mental health, both in sports and society, is rather refreshing and much needed.

Lastly, the love-triangle between Keeley Jones, Jamie Tartt and Roy Kent is sure to keep viewers glued to their seats. Jones starting her own PR firm is sure to only complicate matters. Lastly, it will also be interesting to see Obisanya’s journey. Obisanya has really grown throughout the series, and seeing how he tackles his relationships and the restaurant is sure to be exciting. Personally, I would like to see what happens to Trent Crimm of The Independent.

While Apple has not confirmed that Season 3 will be the end, hopefully the creators and the streaming service are able to reach an agreement. If the creators are writing the last episode of Season 3 to be a series finale, moving forward from there could create rather awkward writing situations (Futurama and Arrested Development, looking at you).

Sadly, it is likely fans will not get to find out until the end of 2022.

Have you watched Ted Lasso? What do you think about Season 3 likely being the last season? Let us know in the comments.