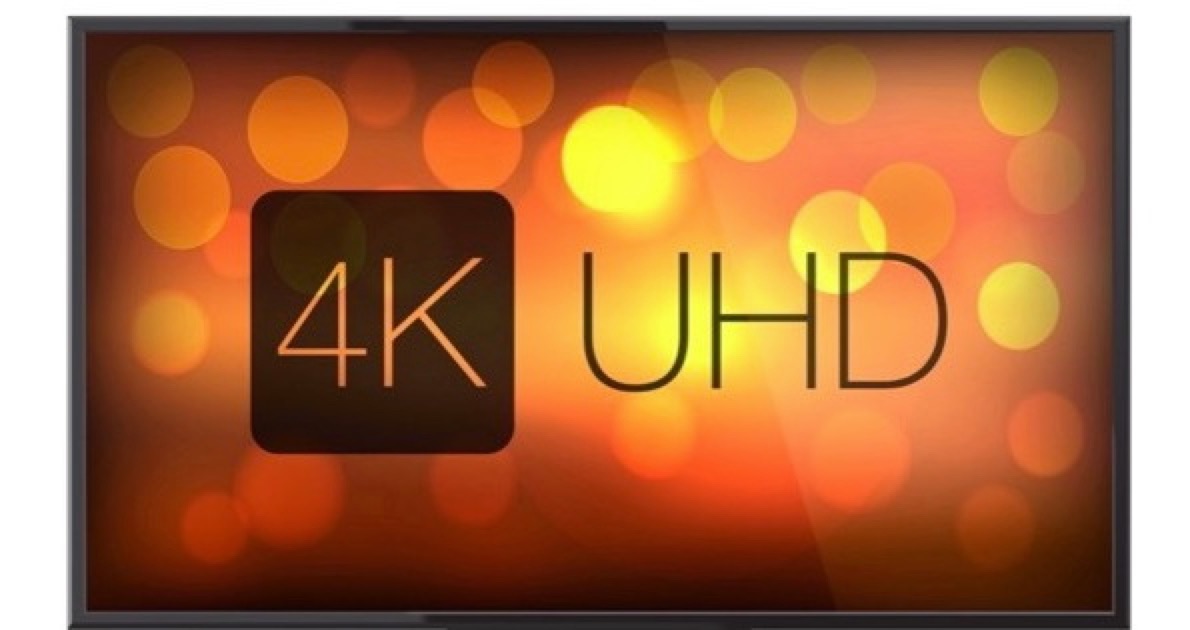 Apple is doing something unexpected with its Apple TV 4K demos in my local retail stores.

Over the holidays, I had a chance to visit several Apple retail stores in the Denver Metro area: Park Meadows and Aspen Grove. I was particularly interested in the demos of the Apple TV 4K because I’ve been writing a lot about my use of that product.

What I noticed—and verified with the salespeople in these stores on several occasions— is that the Apple TV 4K on display is driving 1080p TVs. (Also confirmed in the Boulder, CO store.) That’s really interesting because there’s probably no better place to demo the advantages of 4K/UHD than the up-close and personal experience in an Apple retail store. Typical customer observation distance, perhaps a meter, is well inside the Retina distance limit. (See photo above.)

Say what? How could a company as big as Apple allow this kind of mismatch? Of course, this is just a very small sample. Input from readers regarding their own local stores is welcome.

I had two very different reactions to this situation. How they both coexist in my mind remains a mystery.

First. How Can This Be?

With CES in full-swing as a backdrop, I had to wonder how Apple could fail to roll out the Apple TV 4K in September, 2017 without a simultaneous rollout of 4K/UHD TVs in all retail stores. My inclination is to think about how any TV giant such as Sony or Samsung would handle this. But then, those companies actually make TVs, so it would be unthinkable to launch an OTT box without the appropriate, matching TVs to accompany it and showcase the capabilities of the pair.

On The Other Hand

I can also see how Apple, under tremendous pressure to deliver an Apple TV 4K for the holiday buying season, would place primary emphasis on its own product. Apple has about 500 retail stores worldwide, and my guess is that Apple’s business process of rolling out the desired 4K/UHD TV display units in some or all of its stores (perhaps) got out of sync with the launch of the Apple TV 4K itself.

Here’s an example. Apple would probably like to showcase Dolby Vision. But in the summer and fall of 2017, only two 4K/UHD TVs supported Dolby Vision out of the box: LG and Vizio. What if, I’m guessing, Apple’s intentions, all along, were to go with Sony TVs because of Sony’s reputation (or a business deal) and/or because the company has added OLED models to its lineup. Those would look great in Apple’s brightly lit stores.

Unfortunately, Sony was late to the game with Dolby Vision. Even its most advanced 4K/UHD TVs won’t get the Dolby Vision firmware update until the middle of this month (approximately). Could it be that when those TVs have been tested with the Apple TV 4K, then Apple will order all that needs? And ship them to all the stores. I can understand that.

Apple is in the business of selling the Apple TV 4K, and most of the potential buyers probably know what they’re doing with the 4K/UHD TV it’ll be connected to. Moreover, I suspect that the Apple TV 4K is a planned equipment buy in the retail stores and not a look-evaluate-impulse buy. And so not being able to demo 4K/UHD videos is a technical detail likely lost on casual customers who pass by the display. At least for the stores I visited and heard about.

But all that is just a surmise. It’s the kind of scenario I’ve seen before, but there could be other good reasons for this disconnect. I bring it up to remind myself that outward appearances with Apple usually have a hidden, underlying cause. And perhaps the Denver store microcosm doesn’t apply everywhere. (Feedback from readers is welcome.)

In any case, being out of sync for a few months can likely be tolerated.

But seriously, Apple. How could you let this happen?