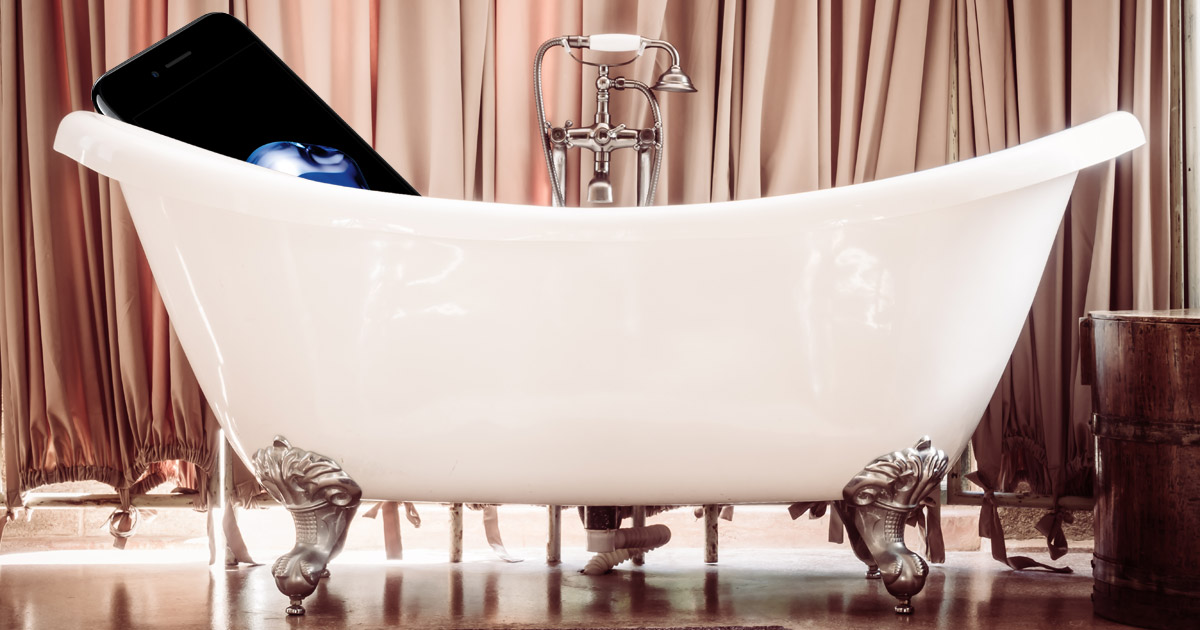 Folks, don’t charge your iPhone in the bath. Or your iPad. Or your Android device (if that’s your thing). While most people likely understand that, London’s The Daily Mail reported that Richard Bull from Ealing in west London died of accidental electrocution while charging his iPhone in the tub.

An investigator told an inquest that he found an extension cord running from the hallway into the bathroom. He added, “We found an iPhone plugged into the extension cable and then the charger element in the bath.”

The coroner said, “The extension cable was on the floor and it appeared as though he had his phone charger on his chest and the part between the phone charger and the cable had made contact with the water.”

It was eventually ruled an accident.

Don’t Charge Your iPhone in the Bath

Some people’s first inclination might be to mock this story, but it’s no laughing matter to Mr. Bull’s widow. And Mr. Bull probably isn’t the first person—nor will he be the last—to think it would be OK to charge his iPhone as long as he kept it out of the water.

There’s not much more to say about it other than accidents do happen and electricity kills. Our smartphones and tablets can easily draw enough current to kill a human in such a situation.

3 thoughts on “PSA: Don’t Charge Your iPhones in the Bath”