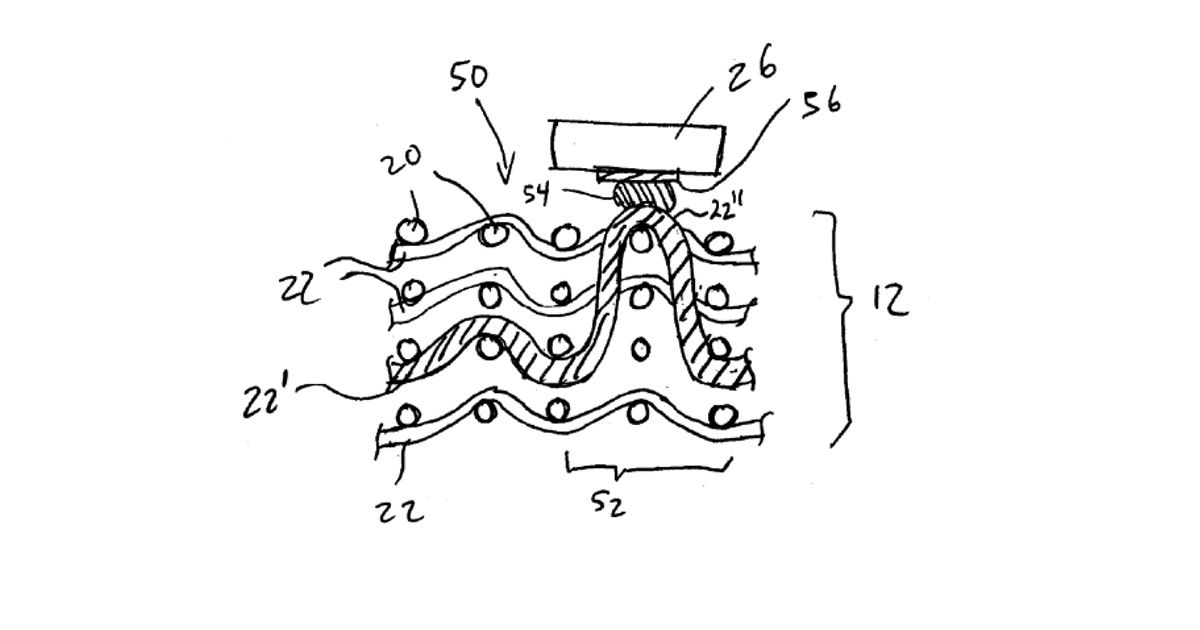 Apple is researching connected clothing that could link to your iPhone and other devices, according to a new patent. AppleInsider reported that the patent, filed Thursday, was titled “Fabric with Electrical Components.” It seems likely that any product that did emerge from this work would focus on health monitoring. On Tuesday, Apple CEO Tim Cook again emphasized how important he considers the company’s work in this field. He told CNBC that it is Apple’s “most-important contribution to mankind.”

A patent application from Apple published by the United States Patent and Trademark Office on Thursday titled “Fabric with Embedded Electrical Components” attempts to work around the problem by describing how fabric-based items could be created, with the fabric itself being the connectivity method. The core of the idea resides with the fabric, in that it is woven together with conductive and insulating yarns. The conductive yarns reside in the inner layers of the weave, while the insulating yarns on the outside prevent any undue contact with the conductive versions.