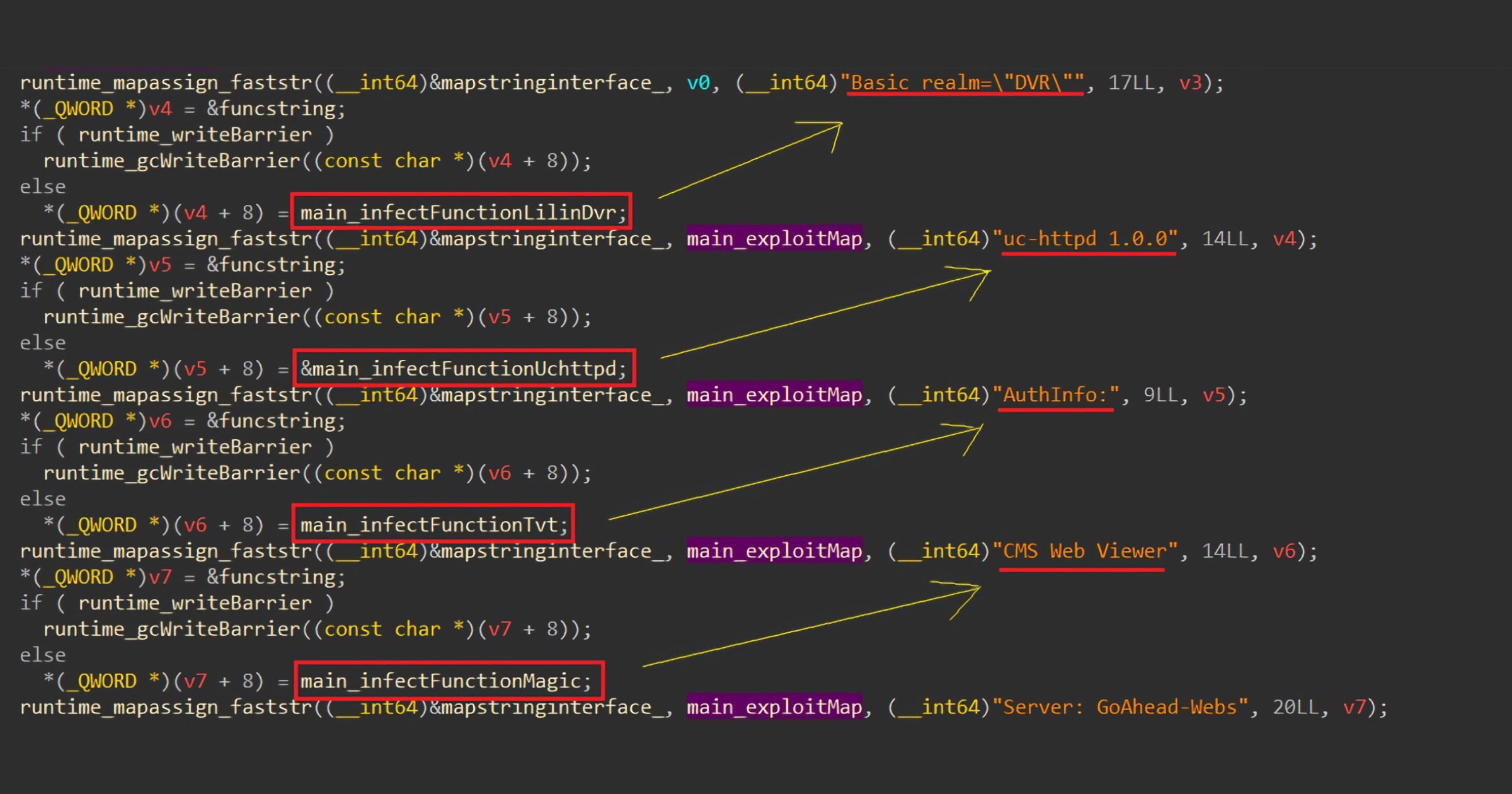 AT&T Alien Labs discovered malware it dubs BotenaGo. It affects millions of routers and Internet of Things devices found with smart homes. The “devastating” part comes from the fact that it uses over 30 separate exploits due to insecure devices.

The BotenaGo malware starts by initializing global infection counters that will be printed to the screen, informing the hacker about total successful infections. It then looks for the ‘dlrs’ folder in which to load shell scripts files. A loaded script will be concatenated as ‘echo -ne %s >> ‘. If the ‘dlrs’ folder is missing, the malware will stop and exit at this point. For the last and most important preparation, the malware calls the function ‘scannerInitExploits’, which initiates the malware attack surface by mapping all offensive functions with its relevant string that represent the targeted system.