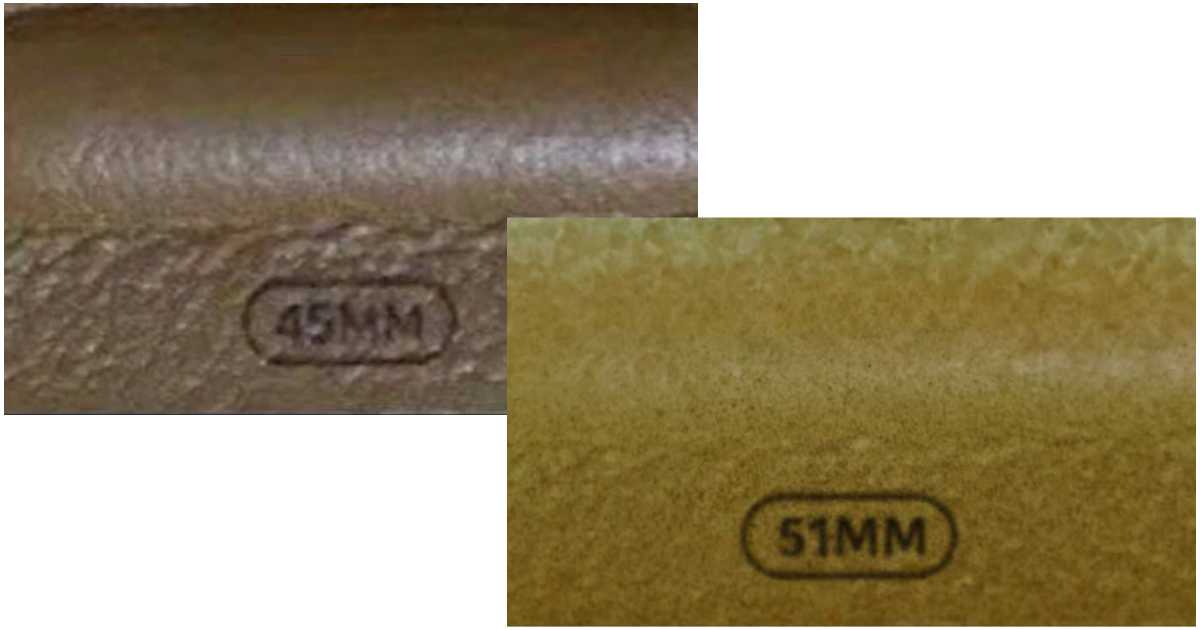 new photo claiming to confirm a 45 mm Apple Watch series 7 started making the rounds on the internet on Thursday. The image may be a legit leak, but shouldn’t be taken as solid confirmation just yet considering how easy it is to concoct “leaked” pics—which is exactly what I did.

The original image was shared on Twitter by a user going by DuanRui. They claim the pic shows the underside of a brown leather Apple Watch band.

I spent about 10 minutes in Affinity Photo on my Mac crafting a “leaked” photo of Apple’s new 51 mm Apple Watch model. Like the 45 mm watch photo, mine is a close up shot showing the size stamp from the watch band. Unlike DuanRui’s photo, however, I can confirm there are literally no Apple Watch elements in my pic, nor is there any reason to believe there’s a 51 mm model.

My photo is nothing more than part of a metal feed trough TMO’s Kelly Guimont snapped with her iPhone, some levels adjustments, a dash of Gaussian blur, and a text layer. No Apple Watch needed.

Rumors about Apple Watch Series 7 say the new model will get a slightly bigger display without increasing the watch size by shrinking the bezel and flattening the device’s sides.

Sure, photos like the one DuanRui shared are fun because they give us a teasing glimpse into what Apple might be working on. They might also be actual photos of products Apple hasn’t announced yet. But they aren’t stand-alone confirmation that Apple is releasing a 45 mm Apple Watch this fall.