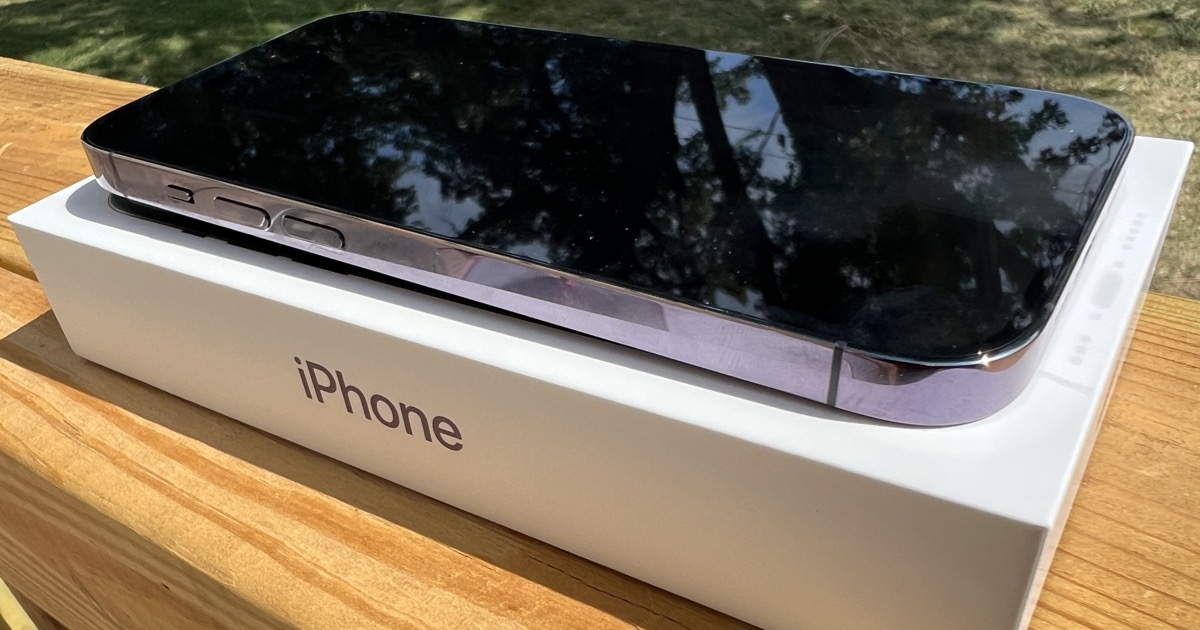 If you’ve already gotten your iPhone 14 Pro or iPhone 14 Pro Max, you’re probably still getting to know the new handset. If you’ve not yet received yours, maybe you want to learn as much about it as you can while you wait. We’ve covered most of the new features, but there are always things Apple just didn’t tell us about. With that in mind, here are five hidden features of the iPhone 14 Pro and iPhone 14 Pro Max

We’ve written before about the situations when iOS turns off the always-on display. One of the most useful is when you lay your iPhone face down. In the past, this was useful for disabling “Hey Siri,” and now it also turns off the display until you pick the device back up.

Your ProRAW Photos Are Humongous

Okay, this one isn’t really a feature, but the sacrifice a feature imposes. Normally, a regular photo would take up between 1MB and 3MB of storage on your device. However, a combination of the ProRAW format and the new 48MP camera on the iPhone 14 Pro and iPhone 14 Pro Max means much bigger files.

In fact, you can expect images captured in ProRAW with the full 48MP camera to take up to 80MB of storage. If you don’t have a lot of space on your device, this could be a problem. Those planning to shoot a lot of pictures in 48MP ProRAW would be well-advised to max out the storage to the full 1TB option.

The Dynamic Island Works Even Where There’s No Touchscreen

How Apple has pulled this one off is somewhat mysterious. The most interesting of the hidden features in the iPhone 14 Pro and iPhone 14 Pro Max is that the Dynamic Island can register taps even where there’s no actual touchscreen.

See, the cameras and sensors inside the Dynamic Island aren’t touch-sensitive. Nevertheless, even if you carefully tap the camera lens, Dynamic Island registers the touch and responds. Apple isn’t saying how it does that. All I can do is quote Spock: “Fascinating.”

Dynamic Island Does More Than You May Realize

We’re still unearthing everything you can do with Dynamic Island on the iPhone 14 Pro and iPhone 14 Pro Max. Since developers are still coming up with ways to use it, that’s liable to take some time. What we do know is that, when you’re playing music and have swiped the app off-screen, Dynamic Island goes to work. You’ll see your album art and a sound wave, and can control playback within Dynamic Island.

This doesn’t just work for Apple Music, either. The same feature applies to Spotify, Audible, Amazon Music, Pandora, YouTube Music, SoundCloud, NPR One and Overcast. More are sure to follow.

Of course, there are other of Apple’s interfaces already integrated with Dynamic Island. Incoming and outgoing calls, for example, as well as using Face ID, Apple Pay or AirDrop work within the new feature.

Your Photos Are Even Better, Thanks to Photonic Engine

Once again, this isn’t really a hidden feature of iPhone 14 Pro or iPhone 14 Pro Max. Apple told us about it during the announcement, but it’s something you might have forgotten. Not only has Apple improved the camera system on the iPhone 14 Pro family, but it’s also built in a new Photonic Engine to really capitalize on the improvements.

Using Deep Fusion, the Photonic Engine is able to stack multiple images together to create a final result that’s much richer than before. Even better, your iPhone does all of this before compressing the image. This means there’s much more and far better data for the processor to work with before it turns it into that smaller, compressed image file you can easily send your friends and family.

There are five (so far) hidden features we’ve found with the iPhone 14 Pro and Pro Max. Out of the various new features and improvements in the handset, what’s your favorite? Is it one of the well-known features, or one of these hidden nuggets? Let us know in the comments.