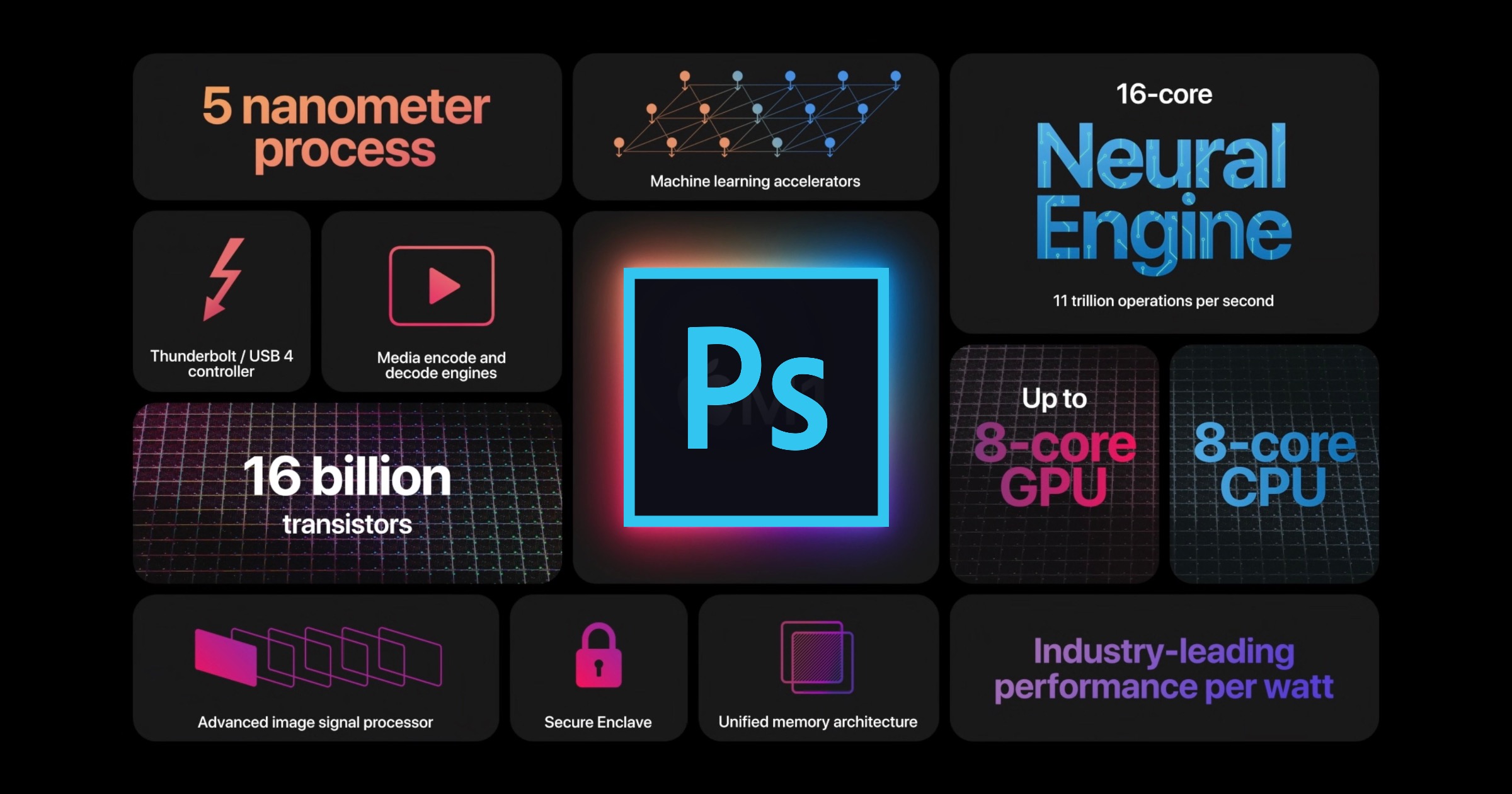 Adobe announced on Wednesday that it updated Photoshop to support M1 Macs, and the company says it runs 1.5X faster.

However, according to PCMag which did some preliminary testing, the results they found don’t match what Adobe says. Using its Photoshop benchmark, the team applied a series of 10 filters on a stock image.

Our test involves timing how long it takes to apply a series of 10 filters and effects to a JPG image. While the test has evolved slightly over the years, many of the operations haven’t changed much since Photoshop CS6 was released nearly a decade ago. These include resizing the image, applying Watercolor and Stained Glass effects, and using several types of blur filters.

They found that this new version of Photoshop ran 16% faster on an M1 MacBook Pro, versus running a version without M1 support that used Apple’s Rosetta 2 emulation system. Adobe also says there are still certain parts of Photoshop that don’t run natively on M1.