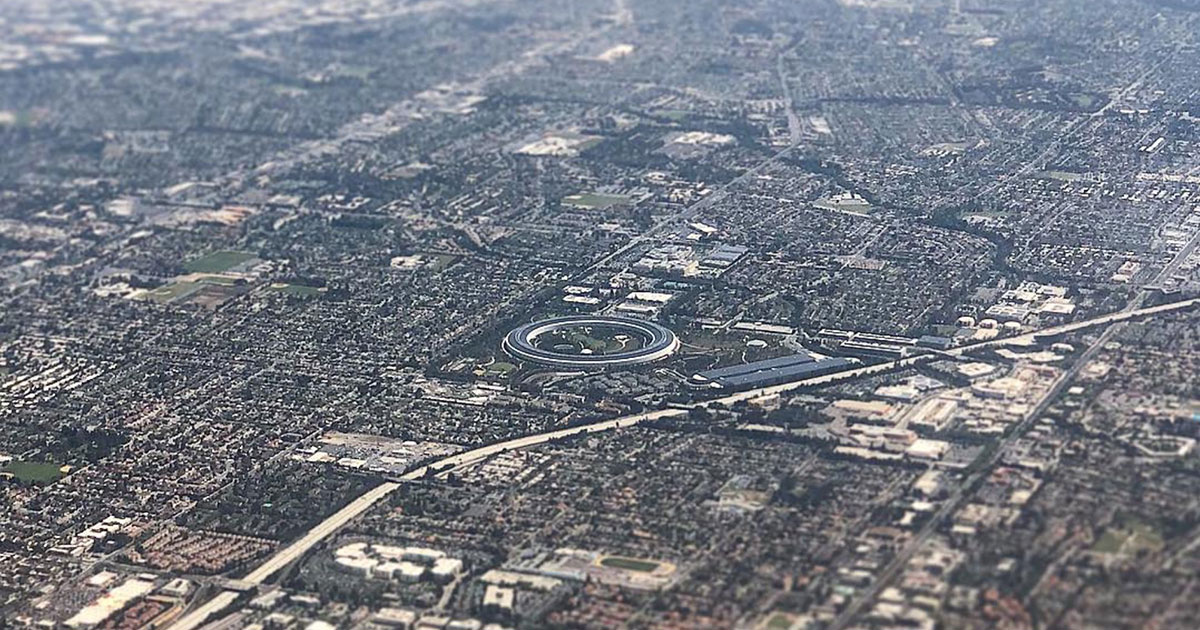 Check out this great aerial photograph of Apple Park from photographer Joseph Olesh. He’s a great photographer I follow on Instagram and I just loved this pic the second I laid eyes on it.

I checked with him, and it was taken from a flight from LAX to SFO, and of course it was taken with an iPhone X. Mind you, Mr. Olesh works with 35mm and 120 film, too, but this was #shotoniphone.