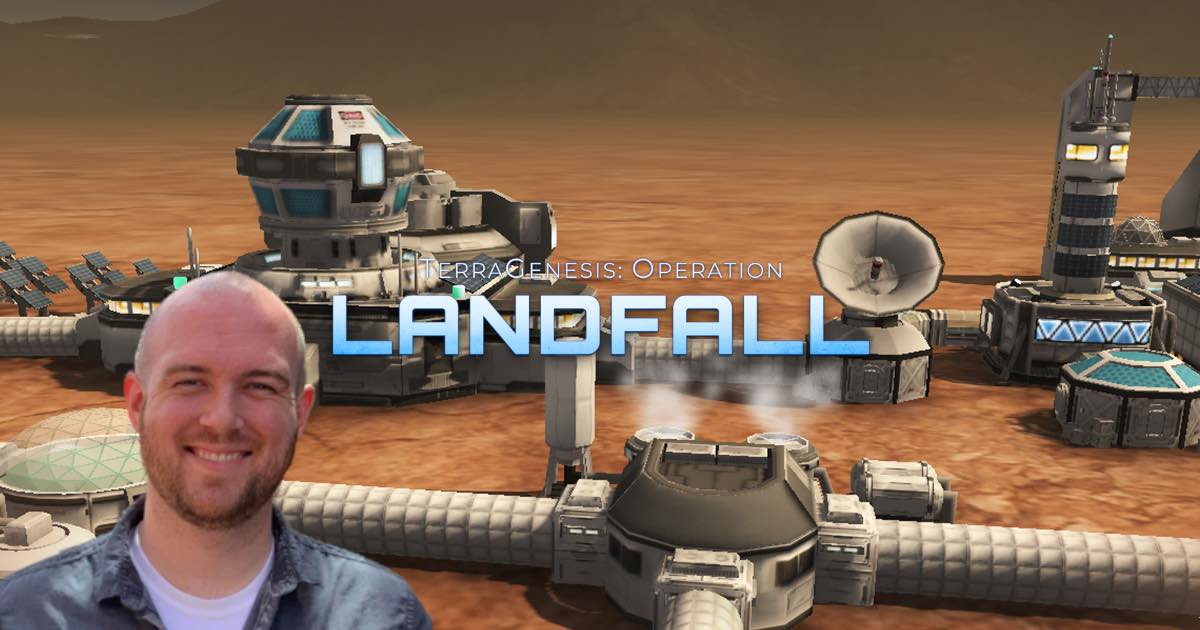 Today we at TMO had an interview with Alexander Winn, creator of the game TerraGenesis as well as founder and CCO of Edgeworks Entertainment. Acting as a one-person development team, Winn has been coding for several years before developing the hit game TerraGenesis.

While I am not the best at city building, I did get to play the game for awhile and had a lot of fun doing so. There’s a lot of fun to be had building your own city in outer space, and for a one-person development team, Operation Landfall feels like it’s been built by a far larger. . . operation.

Before getting into games like TerraGenesis, Winn began his developing career on the web. Crafting web tools and productivity suites for numerous companies, Winn stated that it was a subscription to Lynda.com (Now LinkedIn Learning) that found him taking an interest in making apps.

Winn stated, “I ended up getting a subscription to Lynda.com as a job perk, and it included lessons on how to make apps. I started making apps in my spare time, and my 25th app was a game called TerraGenesis.”

Before getting into gaming, however, Winn got his start developing utility apps. Starting with apps dedicated to random-generation, apps prior to TerraGenesis include Characterize, which helps generate random characters for RPGs, Genesis, for generating random items, locations and events and DungeonRoller, for generating random stats and encounters for TTRPGs.

Along with developing apps and games, Winn and his team at Edgeworks Entertainment also develop shows and podcasts. For Winn, 2005 saw him producing a HALO 2 machinima web series called The Codex. So far, the series has seen 90 million views.

In terms of entertainment, I would highly recommend the Edgeworks Entertainment show The Scientific Method. The show has hosts Max and Molly introducing listeners to scientific facts about a new subject every week. Additionally, each show ends with a new song written about the episode’s topic, and what’s not to love about science and music?

While Winn serves as a one-person development team, that doesn’t mean he’s doing it all alone. Though he has a background in app development, he stated that game-specific stuff is still a relatively new field for him. “I’ve learned a LOT since the TerraGenesis days,” Winn stated, “but I still find myself googling tutorials for things that are probably taught to freshmen in Game Development curriculums”.

Additionally, Winn stated that his publisher Titling Point has been a massive help.

One thing that makes Terragensis: Operation Landfall so fun to play is that it has heavy roots in the more realistic-side of sci-fi. This is likely in thanks to Winn’s appreciation for “ground[ed], realistic science fiction”.

Name dropping The Martian and For All Mankind, Winn stated,

Those stories make you feel like you’re really there, and they draw a lot of their drama from the real challenges one would face during space exploration. But weirdly, nobody was making games in that style, despite it being such a perfect setup for gamification. So I decided to do it myself!

What Makes a Fun Game

Additionally, Winn also shows an appreciate for some of the all-time sci-fi gaming classics. A fan of Civilization, Hearts of Iron and Starcraft, Winn stated that he’s a fan of games that “make you feel like you’re really controlling an empire, or exploring ancient Athens, or walking on the Moon”.

It’s no surprise that Winn is a fan of the more realistic aspects of science-fiction, as TerraGenesis has you build your own cities on Mars, the Moon, Mercury, Venus and more. Personally, the game reminds me a bit of Civilization meets Sim-City, though perhaps with a bit more “if you don’t build the town an oxygen-sensor we all die” sense of urgency.

Casual players will enjoy that they can somewhat play the game at their own pace, where as more hardcore gamers may appreciate the level of detail Edgeworks Entertainment puts into the game.

Currently, Winn and his team are continuing to work on Operation Landfall. A fan of perfection, Winn stated that while developing is fun, “I enjoy polishing and expanding games even more. That’s one of the joys of the modern era of gaming: the product keeps getting better!”

Enjoyed the interview with Alexander Winn of TerraGenesis? Why not check out TerraGenesis: Operation Landfall in the Apple App Store. Also, be sure to check out what content Edgeworks Entertainment is crafting on their YouTube channel.

Let us know what you think of the TerraGenesis: Operation Landfall in the comments.