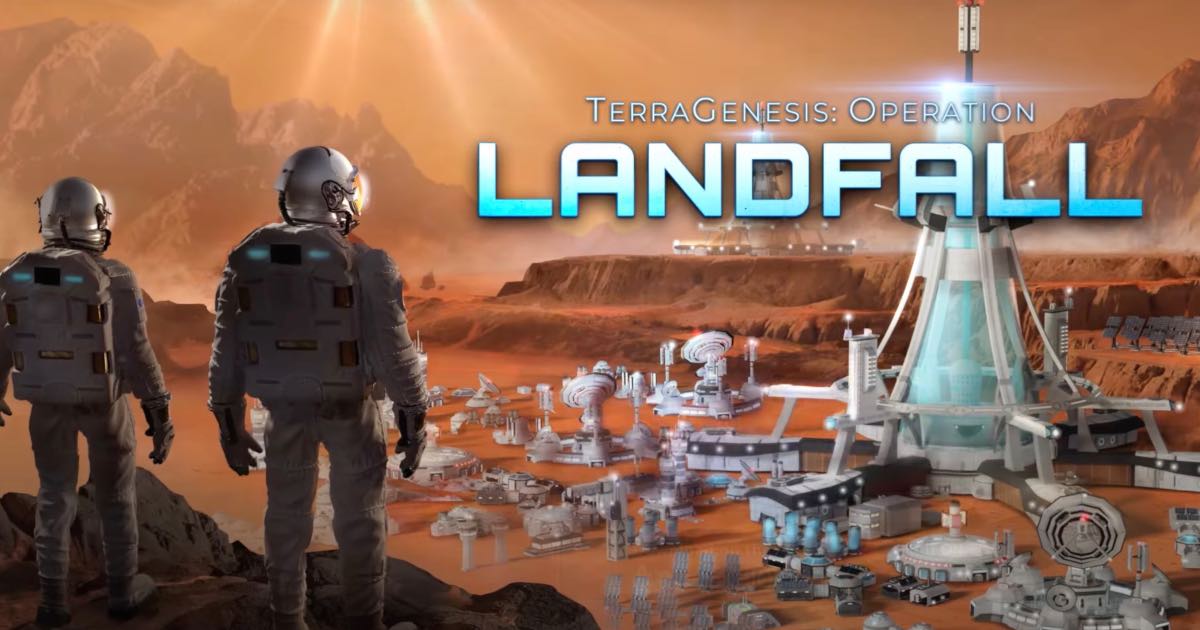 Today Alexander Winn, founder of Edgeworks Entertainment and Turning Point is launching his new game TerraGenesis: Operation Landfall. The game arrives to both the Apple App Store and the Google Play Store.

Based on real NASA science, TerraGenesis: Operation Landfall is a space survival and city builder simulation which challenges players to establish the first human settlements on Mars, Venus, Mercury, the Moon and more.

TerraGensis: Operation Landfall is the long-anticipated prequel to TerraGenesis: Space Settlers, an award-winning space terraforming sim which has received over 28 million downloads. Furthermore, the original game was coded solely by Alexander Winn, who coded the game as he was adventuring across New Zealand with his wife and co-founder driving.

According to the press release:

It’s a perilous task to make landfall on another planet, but brave players will be up to the task, as they recruit settlers, discover and then manage resources hidden on their planet and design and grow their settlement from a boot print in the dust to a thriving city. Surviving on other planets can be dangerous and unpredictable, and players must overcome unique and challenging random events that can change the course of their planet and its people. It will take determination and intelligence, but if players succeed, they will expand their city’s culture and capabilities to go beyond what anyone dreamed possible outside of Earth.

TerraGenesis: Operation Landfall combines both in-depth building mechanics alongside an immersive and realistic simulation of space exploration. Additionally, players will be able to develop cities through science and ingenuity. Players are also able to view each individual facility and building. Concerning these facilities, as players choose and build them, it will have an impact on skills and the health and happiness of city residents. Meaning that players will have complete control over their society.

Players can check out TerraGenesis: Operation Landfall in the Apple App Store.

While this is great news for fans of mobile gaming, don’t forget Apple Arcade is getting a slew of new releases as well.

Are you looking forward to trying out the prequel to TerraGenesis? What are you playing right now? Let us know in the comments.