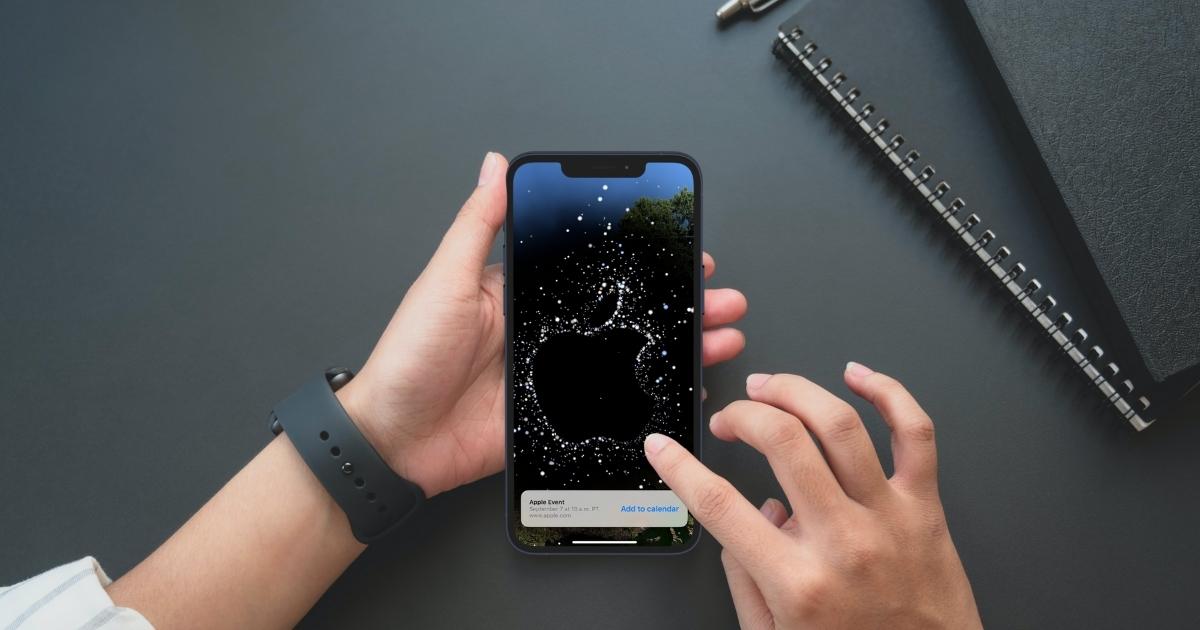 Since Wednesday’s announcement of the first fall event in Apple’s calendar for the year, minds have been churning. As is typical of the Cupertino-based company’s announcements, this one gives us plenty to think and talk about. Some have speculated that, in addition to the iPhone 14 and Apple Watch Series 8, there may be more in store. Cupertino’s been working on a mixed reality headset, and a few observant minds think we might get a peek at it.

As we’ve seen in just about every Apple announcement since ARKit first shipped, this event contains an Easter Egg. If you visit the event landing page from an iPhone or iPad, you can open an AR experience. Through that portal into augmented reality, you see stars and galaxies swirl around, coalescing into the well-known Apple logo.

What does it mean, though? Not a few have remarked that the imagery is reminiscent of the pictures NASA has been receiving from the James Webb Telescope. It’s not just that, though, making people say “Hmmm.” There’s also the soundtrack.

Underneath the experience, you can hear Guerrilla Toss’s “Wild Fantasy.” As noted by Joe Wituschek of iMore, that song has an interesting lyric: “Real life, it’s just a bad dream.” Hmmm, once again.

Does this mean Apple is finally ready to announce the mixed reality headset? Possibly, but almost certainly not for immediate purchase.

’Far Out’ Could Offer a Look at the New MR Headset, but Only a Peek

Cupertino’s been hard at work on the MR headset, and supposedly gave a demo of the product recently to Apple’s board of directors. I highly doubt the new device is completely “ready for launch” (another possible Easter egg, taken from Apple’s tweet announcing the event.) That being said, the tech giant might be ready to tell us about it.

There is precedent here. When the tech giant first announced the Apple Watch, the wearable wasn’t ready to ship yet. In fact, we learned some of the details about the smartwatch in the fall of 2014, but couldn’t get our hands on it until the following spring.

This was intentional for a couple of reasons. One, it began to build excitement for the new product to actually start shipping. Two, it offered Apple an opportunity to clue developers in on what they might be able to do to bring their apps to our wrists.

Apple likely plans to do somewhat the same thing with its MR headset. We’re already clamoring for it to launch, even just based on rumors and leaks. However, we don’t yet know exactly what form it’s going to take or how much it will cost. Developers don’t yet know what capabilities it will offer, since they’ve yet to see a software development kit (SDK) for the headset.

Honestly, I thought Apple would announce the SDK and realityOS, the rumored operating system for the headset, during WWDC 2022. It didn’t, though, perhaps because Cupertino knew it wasn’t going to be ready to ship the device until sometime in 2023.

According to Apple analyst Ming-Chi Kuo, Apple is definitely on track to begin selling the MR headset during the first half of 2023. Before it does that, though, the iPhone maker needs to fan the fires of anticipation for the product. This is especially true given the $2,000+ price tag we’re expecting to see.

Given all of that, and taking into account the immersive AR experience hidden in not-so-plain sight in the event announcement, I think there’s a strong possibility for a sneak peek at what’s coming. As it did with the Apple Watch, Cupertino might tell us, “This is what we’ve got in store for you next year, so start saving your pennies.”

At the same time, Apple should take advantage of the opportunity to offer up the SDK to developers. That way, they can start building the software needed to offer a decent library for the MR headset’s App Store.

As usual, of course, this is all speculation. Unfortunately, unless someone magically gets the download of the prerecorded video for the event, we’ll have to wait until Sept. 7 to be certain.

2 thoughts on “Apple’s ‘Far Out’ Event May Offer Peek at MR Headset, but Only a Glimpse”