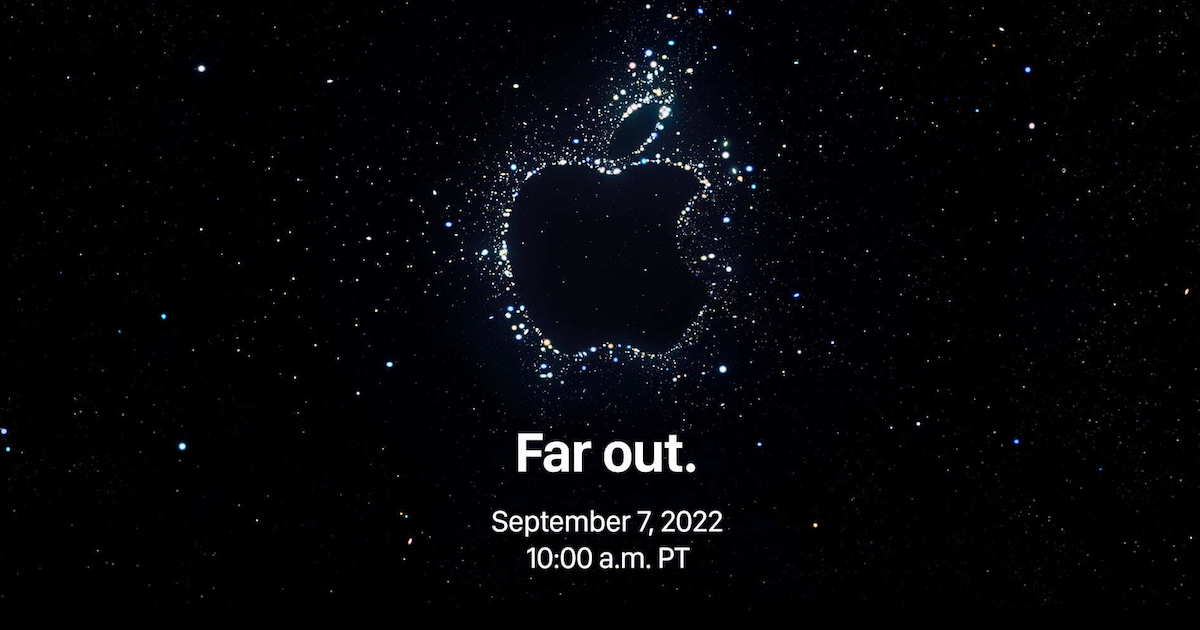 The speculation is over, and the date is official. Apple will announce the iPhone 14 and, presumably, the Apple Watch Series 8 on Sept. 7. In an event dubbed “Far Out,” the Cupertino-based tech giant will also host its first in-person iPhone event since the COVID-19 pandemic.

Apple’s next media event will be primarily focused on the new iPhone 14. Sure, Apple’s liable to announce at least one other product launch then, but its smartphone is always the headliner for these early fall events. Cupertino announced the “Far Out” event will take place Wednesday, Sept. 7, at 10 a.m. Pacific time. Here’s how that works out for several other cities throughout the world.

Apple says the event will include an in-person component. Unlike the last in-person offering, during WWDC 2022, this will take place in Steve Jobs Theater. The WWDC event hosted in-person invitees inside the ring at Apple Park.

What to Expect at ‘Far Out’

Of course, we don’t yet know how much of the event will be in-person as opposed to virtual. However, we recently reported that Apple had already begun recording segments of the keynote event in preparation. A number of Apple executives and employees should make appearances, including Tim Cook, Greg Joswiak, Craig Federighi and others.

We expect Apple to announce the next generation of the iPhone during the event. This will include the iPhone 14, iPhone 14 Max, iPhone 14 Pro and iPhone 14 Pro Max. Despite some sketchy rumors to the contrary, I seriously doubt Apple’s going to include an iPhone 14 mini in the lineup.

In addition, expect to get your first look at the Apple Watch Series 8 and Apple Watch Pro. That last one is expected to replace the Apple Watch Edition and be the biggest upgrade yet to the wearable. We’re hearing a larger form factor and a durable titanium case to make the device more appropriate for extreme sports.

We also expect Apple will announce the release date for iOS 16, watchOS 9 and tvOS 16 on Sept. 7. Those are probably going to be available for download beginning the week of Sept. 12, while iPadOS 16 and macOS Ventura ship in October.

Of course, we’ve also got a strong hunch Apple will have one more fall event, likely in October. Supply chain and other leaks point to new Macs with the M2 Pro and M2 Max, a new iPad 10, updated AirPods Pro and more.

To tune in to the iPhone 14 event, you can visit Apple’s website or use the TV app on your iPhone, iPad, Mac and Apple TV. The event should also stream on Apple’s official YouTube channel.