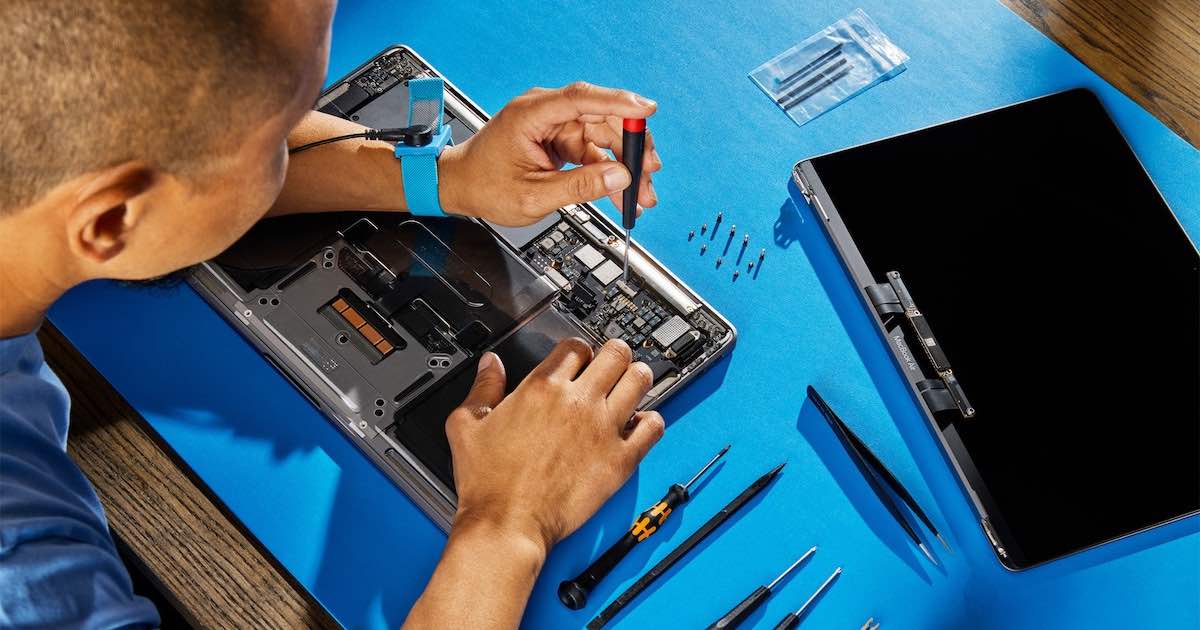 This week, Apple has announced its Self Service Repair program will begin covering M1 MacBooks. Just like the iPhone, users can now receive support from Apple, including manuals, parts and tools, for the M1 MacBook.

While this may be a win in the short term for right-to-repair, some have issues with how Apple is handling the replacement of certain parts.

Self-Service Repair Arrives to M1 Macs, But with Some Issues

At the end of April, Apple first launched the Self Service Repair program for the iPhone SE, iPhone 12 and iPhone 13. Users are able to download and read repair manuals, as well as order parts and tools directly from Apple. Now, the company is expanding the program to M1 Macs, with the intent being to support more Macs in the future.

But let’s not compare Apples to Phillips Screws—it’s not 162 pages because Apple has changed where batteries sit in the MacBook Pro. It’s that long because the manual says that to replace the battery, you’ve got to replace the entire top case. At the time of writing, Apple will not sell you a replacement MacBook Pro battery. They sell you a ‘Top Case with Battery and Keyboard.’ And so their guide has you remove literally every component from the top case. The laptop is built on the top case, so to get to it, you’ve got to demanufacture the whole thing.

This is an issue because Apple seem to want you to not only replace your battery, but the entire “top case”. Apple will not sell users just the battery, rather, the company sells the entire “Top Case with Battery and Keyboard”. Essentially, those looking to replace the battery on their MacBook through Apple’s program need to dissemble their entire MacBook.

Not only is this time consuming and expensive, with the Top Case with Battery and Keyboard runs $527 on the Self Service Repair Store. While this does include a “core” that you can return for $88, compare this to paying an Apple Store or Apple Authorized Service Provider $199 to do the job.

It is worth noting that according to Apple, “in the future, a battery replacement part will be available”.

Right now, it seems having Apple replace your battery (something I had done under warranty) rather than doing it through the company’s official channels it likely far cheaper. Whether or not that will change remains unclear. However, If you’re a fan of voiding your warranty, there’s a good chance you know where to go to find your own methods to replace or repair your products.

Do you plan on repairing your MacBook through the Self Service Repair program? Let us know in the comments.