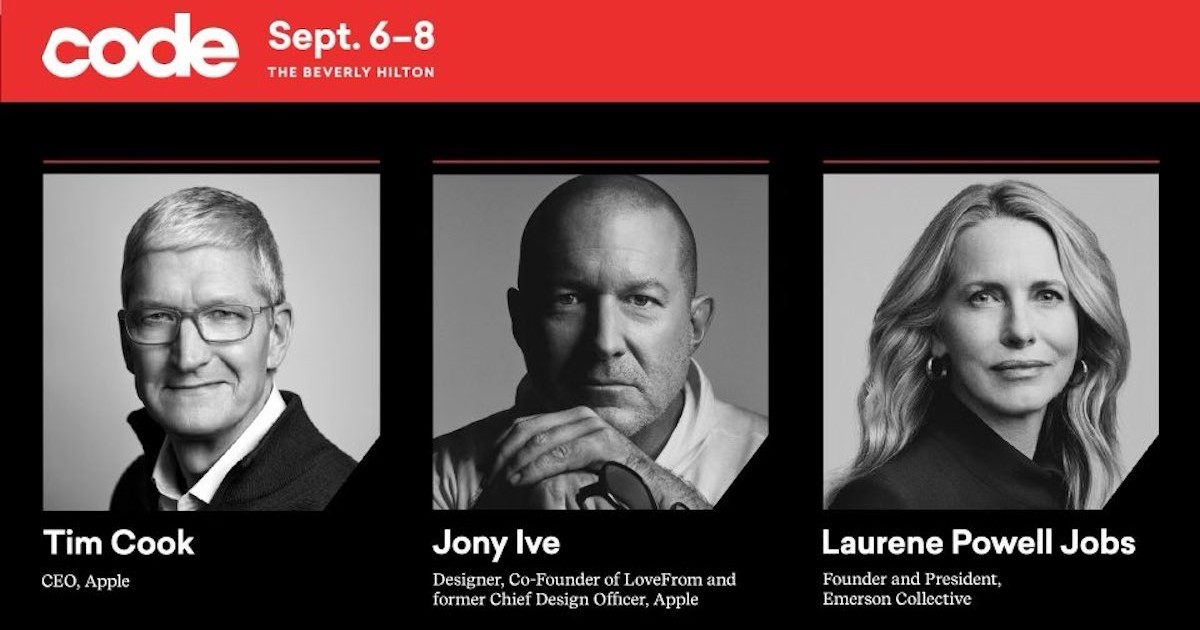 Making the announcement on Twitter, Swisher stated that Cook, Ive and Powell Jobs will join her for a discussion at Code 2022. The annual conference focuses on the top minds in technology, business and political industries.

Swisher has spent the last twenty years hosting the conference, and this year will be her last. To celebrate this occasion, Swisher is going back to where it all started by having Cook, Ive and Powell Jobs speak on the first Code interviewee: Steve Jobs.

Swisher stated, “I thought it critical to gauge the impact of the tech icon who was the very 1st interview: Steve Jobs. So, I am bringing together the trio who knew him best to discuss his lasting impact.”

This will be my last session of Code after 20 years. I thought it critical to gauge the impact of the tech icon who was the very 1st interview: Steve Jobs. So, I am bringing together the trio who knew him best to discuss his lasting impact: @tim_cook @laurenepowell and Jony Ive. pic.twitter.com/XIN7Ww9G18

Along with what is sure to a be show-stealing part of the conference, other notable figures will be joining in on this year’s conference as well.

Code 2022 will take place between Sept. 6 through the 8. There are still ways folks can attend in person by applying to get a seat. Additionally, Swisher also stated that the conference will be available for live-streaming for those that wish to watch at home.

In terms of Swisher, while she stated that this will be her last Code session, the journalist is stepping away from both her hosting and organizing duties after this year’s event. Swisher is hoping to move to topics “beyond tech” while also engaging with a wider audience.

Throughout her career, Swisher has hosted hundreds of interviews, with figures including Elon Musk, Mark Zuckerberg, Rupert Murdoch, Stacey Abrams, Kim Kardashian and Barack Obama. Her coverage of the technology industry has given her the reputation of “Silicon Valley’s most feared and well-liked journalist”.

While this may be Swisher’s last event, it may very well be the most exciting. With Ive going separate ways from Cook, it will be interesting to see them on stage together. Seeing Cook, Ives and Powell Jobs talk about the late and great Steve Jobs is sure to be a hit.

Are you looking forward to this year’s Code Conference? Let us know in the comments.