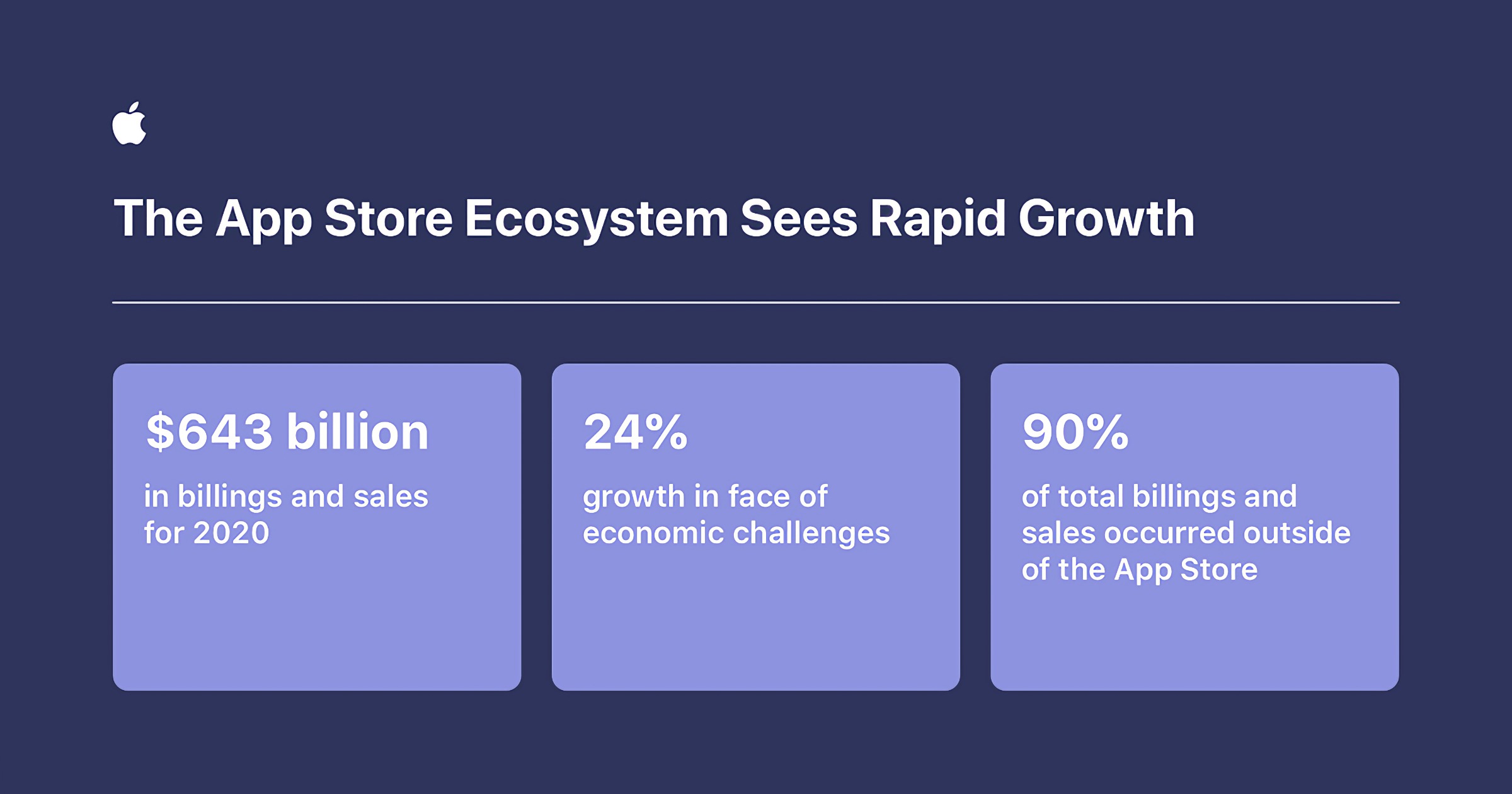 Apple announced on Wednesday that the App Store’s billings and sales generated US$643 billion in 2020, in spite of the COVID-19 pandemic.

This figure was determined through a study [PDF] by economists from Analysis Group. Apple provided support to the study and claims its conclusion is independent.

The conclusion is that the App Store supports small businesses, saying that the number of small developers around the world increased by 40% since 2015 and make up 90% of App Store developers.

The study defines small developers as those with fewer than 1 million downloads and less than US$1 million in earnings across all their apps in a given year. Additionally, more than 1 in 4 small developers who sell digital goods and services on the App Store have grown their earnings by an average of at least 25% each year for the past five years.