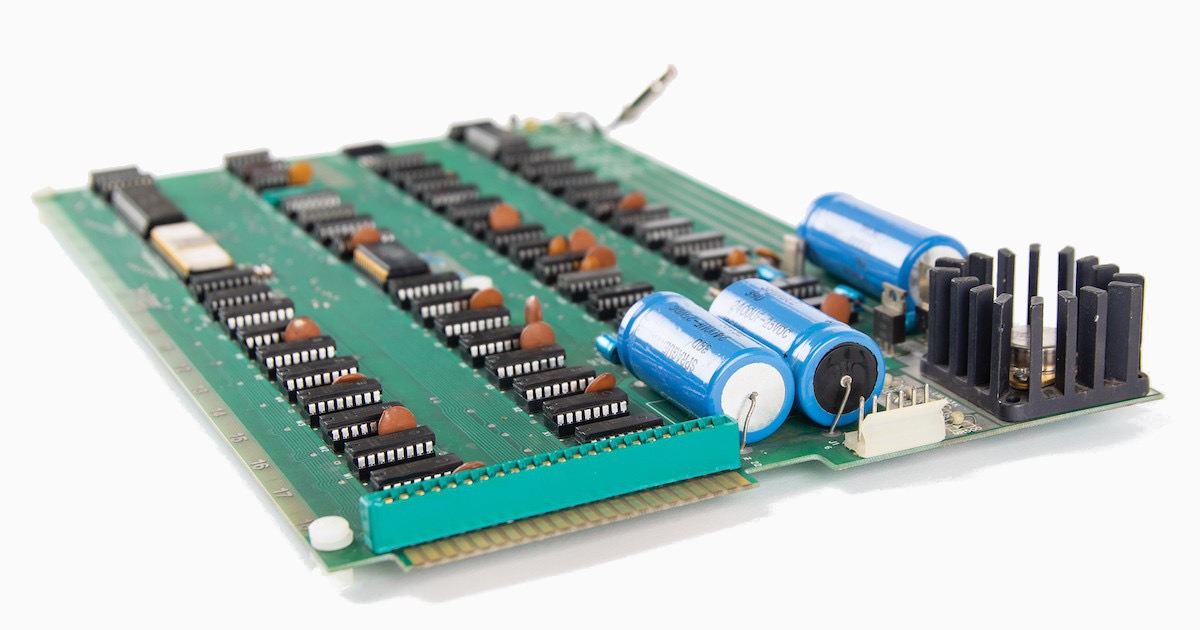 A rare Apple-1 “Byte Shop” computer hand-numbered by Steve Jobs recently sold at auction this week for a staggering $375,000. The auction, held at RR Auction, closed Thursday according to the auction house’s website. The estimation value for the machine was around $450,000. The auction house also received their usual 25% cut, bringing the total to $468,750.

The device is one of 50 ultra rare “Byte Shop” Apple-1 computers. The computer was given this name due to Steve Jobs approaching the owner of The Byte Shop in Mountain View, California about selling the computers in his shop. The store owner, Paul Terrell, agreed on the condition that the devices were fully assembled. Those that remember know that the original Apple-1 typically was sold as kits in order to be built by electronic hobbyists. Terrell purchased fifty of the computers.

In terms of history, the Apple-1 was the first ever produced made by Apple. Assembled by Steve Jobs and Steve Wozniak together in the Jobs’ family garage, the duo made close to 200 devices in 10 months. The two were able to sell 175 of them.

Now, the computer is incredibly rare, and only a handful are currently known to exist. What makes this one even more rare is that it is still operational. Rarer still is the fact that Steve Jobs personally marked the computer with the stock number 01-0068. The historical device also came with a replica of the operation manual signed by Steve Wozniak. The lot of items came from the personal collection of Roger Wagner, who bought the items in 2002 during California’s Vintage Computer Festival.

The Apple-1 up for auction included:

The computer was restored to operational condition in April 2021 by Apple-1 expert Corey Cohen. The expert rated this machine’s condition a 7.0/10. It is also listed as #12 on the Apple-1 Registry.

It is worth noting that this machine is different from the Apple-1 that went up for sale on eBay. Known as a ‘Schlumberger 2’ Apple-1, the device that came up for auction on eBay also sold for considerably less than expected. Expecting to net $485,000 thanks to the rarity and condition, the Apple-1 on eBay hit $340,100 after 112 bids.

While it is a fascinating piece of history, a more sensible purchase may be a new MacBook Pro instead. Of course, owning one a piece of computing history is certainly monumental bragging rights.