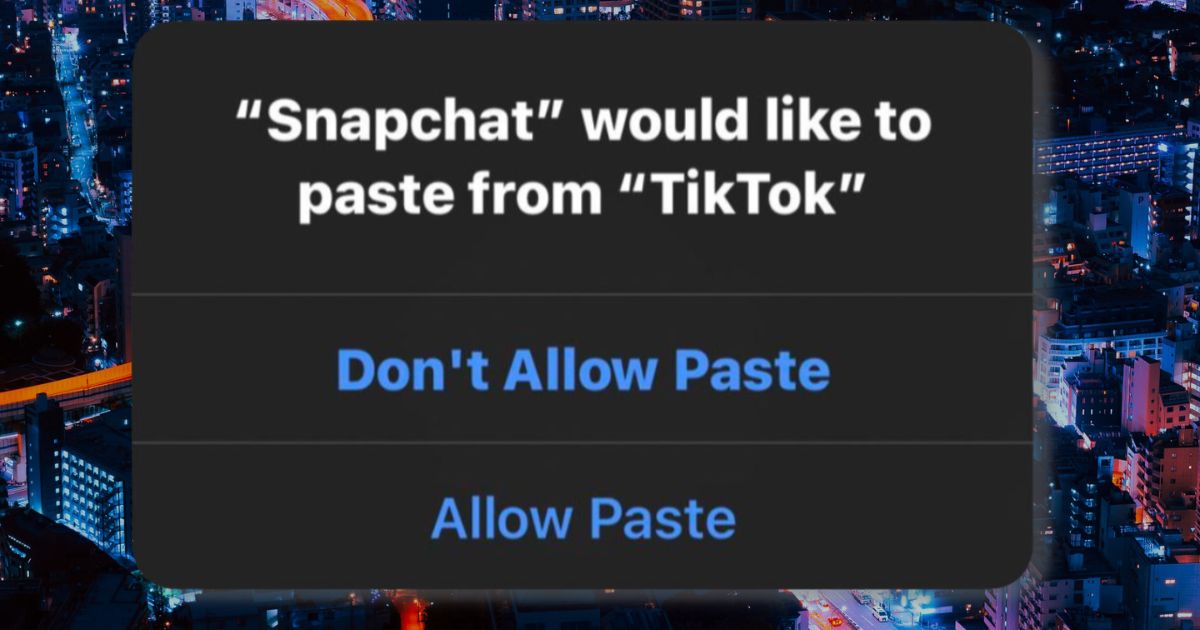 Those of us using iOS 16 for more than a couple of days have probably been annoyed by this. The new security measures when copying and pasting from one app to another seems to be an amnesiac. The pop-up message asks for permission to paste text, images and more. However, it seems, to many of us, to show up far too often. Apple has responded to complaints and says the iOS 16 copy and paste issue isn’t how it should work, and is a bug.

The prompt is intended to be one more way of preserving your privacy. In the past, it was far too easy for apps to copy and paste content the users didn’t really want revealed. So, Apple implemented a prompt that asks you if you want to allow one app to paste from another.

The problem is that iOS 16 is constantly asking for that permission. It doesn’t remember that you already granted permission, so if you try pasting something twice in quick succession, iOS 16 asks you twice if you want to allow the paste operation.

Users have been voicing their annoyance at the behavior, and it seems Apple is finally taking notice. One MacRumors reader sent an email to Apple CEO Tim Cook and senior vice president of Software Engineering Craig Federighi complaining about the annoyance. It didn’t take long for an Apple senior manager to enter the thread, saying it “is absolutely not expected behavior.”

The writer advocated for Apple to treat access to the clipboard the same way iOS handles third-party access to location services, the camera, the microphone and so forth. The OS actually remembers you granted access before, and doesn’t ask again.

In the email thread, Apple senior manager Ron Huang said the Cupertino-based company is looking into the bug. He claims it’s not something Apple has seen internally, which seems hard to believe. He also acknowledged the writer isn’t the only person they’ve heard from about the issue.

Huang, by the way, is one of the of the feature. That means if anybody wants to see users truly happy with its implementation, it would definitely be him.

Huang went on to see adding clipboard access to Settings on a per-app basis would make a “good improvement,” and to “stay tuned” for an upcoming fix.