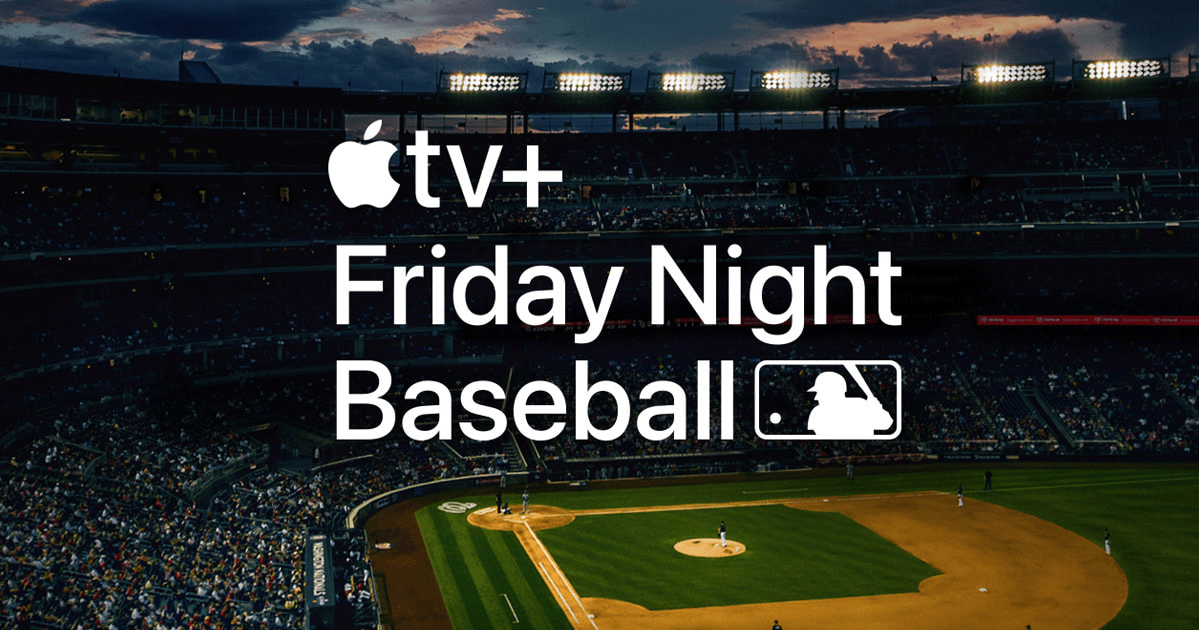 Today, Apple has announced the lineup of broadcasters as well as production enhancements for Friday Night Baseball. The series of Friday night baseball games premieres April 8 on Apple TV+.

For Friday Night Baseball, the broadcast team has been announced by Apple. Melanie Newman is expected to deliver play-by-play commentary, while Chris Young and Hannah Keyser will serves as analysts. Brooke Fletcher is set to report, and the team will call the New York Mets taking on the Washington Nationals at 7 p.m. EST.

For the Houston Astros at Los Angeles Angels game at 9:30 p.m. EST, a different crew of commentators will be in place. Stephen Nelson will deliver play-by-plays, while Hunter Pence and Katie Nolan will serve as analysts. Heidi Watney serves as reporter for the game.

Lauren Gardner hosts pre- and postgame coverage, along with a rotating group of analysts and former MLB players. So far, notable players include Carlos Peña, Cliff Floyd and Wonder Alonso.

Anyone with internet access and Apple TV+ will be able to watch the games. No subscription is necessary.

Friday Night Baseball is a production of the Emmy Award winning MLB Network, in partnership with Apple. The weekly series offers a modern and dynamic broadcasting experience that should appeal to new viewers and veteran fans. Each broadcasted game will employ state-of-the-art cameras, a high-resolution Megalodon, as well as immersive sound with 5.1 spatial audio enabled.

The series also expects to incorporate new visual graphics on-screen to include probabilities-based forecasts of situational outcomes, as well as highlights and live look-ins from around the league. These features integrate directly into the broadcast. Additionally, in a first for games, Friday Night Baseball will feature rules analysis and interpretations from former MLB umpire Brian Gorman.

While fans are able to enjoy two marquee games on Friday nights during the regular season, U.S. and Canada baseball fans can enjoy 24/7 live programming. This incudes MLB game replays, news and analysis, highlights, classic games and more. On Thursdays, fans can watch Countdown to First Pitch which gives a preview of upcoming games for the week. The MLB Daily Recap is also available in the mornings and features highlights from select games. Both are exclusive to Apple TV+. Another exclusive is MLB Big Inning, which features live look-ins and game highlights every week.

Fans will also be able to rewatch games on Apple TV+ once the games have aired.