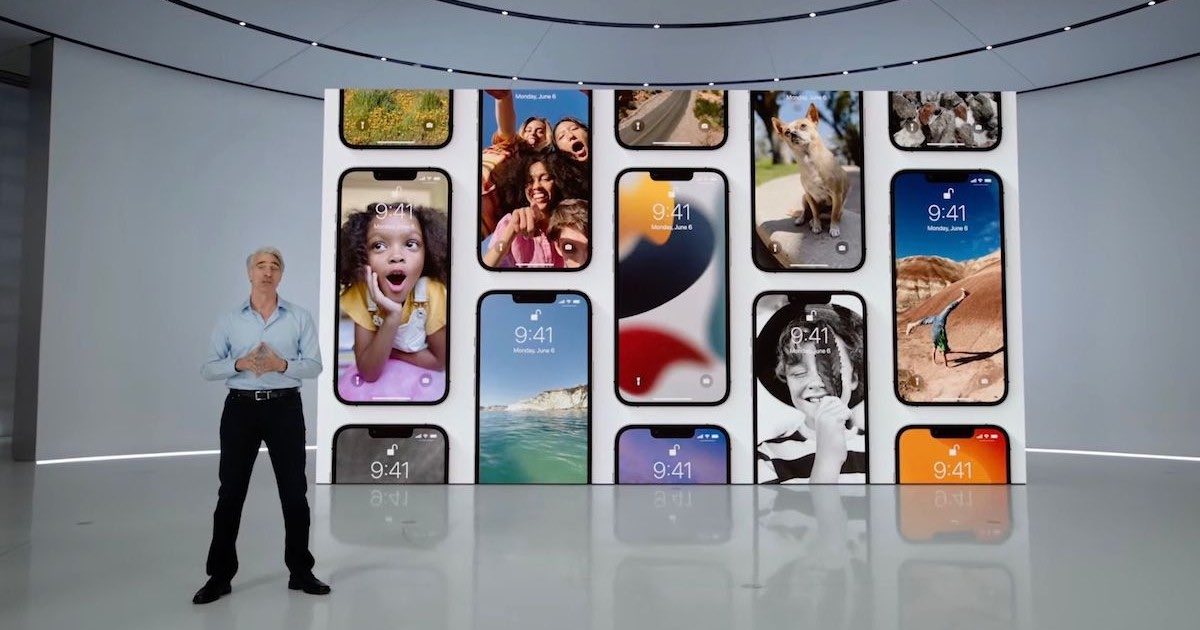 Today Apple has given the world the first look at iOS 16. The largest update being the Lock Screen, which is now fully customizable. With a wealth of new features coming across several different apps, let’s take a look at what’s new in iOS 16.

In a press release, Apple Stated

“iOS 16 is a big release with updates that will change the way you experience iPhone,” said Craig Federighi, Apple’s senior vice president of Software Engineering. “We have reimagined how the Lock Screen looks and works with exciting new features that make it more personal and helpful, introduced iCloud Shared Photo Library for families, streamlined communication through new capabilities in Messages and Mail, and harnessed enhanced intelligence with updates to Live Text and Visual Look Up.”

Starting with the Lock Screen, it is now fully customizable. Users will be able to change the look of the date and the time on the Lock Screen in thanks to expressive type styles and color choices. The Lock Screen will also now feature widgets, which will provide information at a glance. This information includes upcoming calendar events, the weather, battery levels and more. Notifications will also now come from the bottom of the screen and can be hidden altogether.

Additionally, Live Activities is a new feature that allows users to stay on top of things as they happen in real time. Events such as sports games, workouts, ride shares or food delivery orders will now present new information in real time, directly from the Lock Screen.

Focus will now connect to the Lock Screen, offering users a way to tie their lock screen with a particular focus. Focus filters will display content that is relevant to users’ focus, such as only displaying certain messages from certain apps.

A new feature for iOS 16 includes iCloud Shared Photo Library. This feature will allow users to share photos within a separate iCloud library that up to six users can collaborate and enjoy. Users will be able to quickly create new libraries thanks to a toggle in the camera app, and everyone within the group will be able to add, edit, favorite or delete shared photos or videos.

New Features for Messages and Mail

Messages is also receiving a major update, including features that users have long been requesting. Messages now allows users to edit or delete recently sent messages. How much time they have to do this is currently unknown. Users will also be able to mark conversations as unread.

Furthermore, SharePlay is also arriving to messages. Users will be able to sync content like movies or songs while also sharing playback controls. All through messages.

Mail also is getting an update. Users will be able to schedule mail ahead of time, and can even cancel a message before it reaches a recipient’s inbox. Mail now also checks to see if users forgot to include important details within their message, such as attachments. New tools for Mail also include Remind Later, which can help users resurface a message at any date and time. Follow Up suggestions automatically remind users to follow up on an email if they have not received a response. Mail is also receiving a major search overhaul.

Visual Look Up will also push photos further. A new feature will allow users to tap and hold on the subject of an image to lift it from the background and place it in apps such as Messages. Visual Look Up also expands to recognize birds, insects and statues.

Furthermore, Keys and IDs within wallet are receiving expanding support. Users will be able to use their ID in wallet for apps that ask for identity and age verification. Only necessary information will be displayed, and users can grant consent. Users will also be to share their home, hotel, office and car keys thanks to Wallet, and can transfer them through messaging apps, including Messages, Mail and more.

Further Enhancements and Features for iOS 16

Other major changes include Safari, which is getting Tab Group and passkeys. Tab Groups allows sharing websites with friends, while passkey will help fight against hackers. Designed to replace passwords, passkeys will use Touch ID or Face ID for biometric verification, while using iCloud Keychain to sync across iPhone, iPad, Mac and Apple TV using end-to-end encryption.

Apple Maps will add multistep routing. Users will be able to plan up to 15 stops in advance while automatically syncing routes from Mac to iPhone. Maps is also bringing transit updates to users to view how much their ride will cost, add transit cards, see low balances and replenish transit cards without leaving Maps.

The iOS 16 update is bringing a host of new features, and there will be plenty to unpack in the following weeks. The developer preview is now available to Apple Developer Program members. A public beta will be made available next month. The full update will arrive for all users in the fall.

You can read the full press release here.