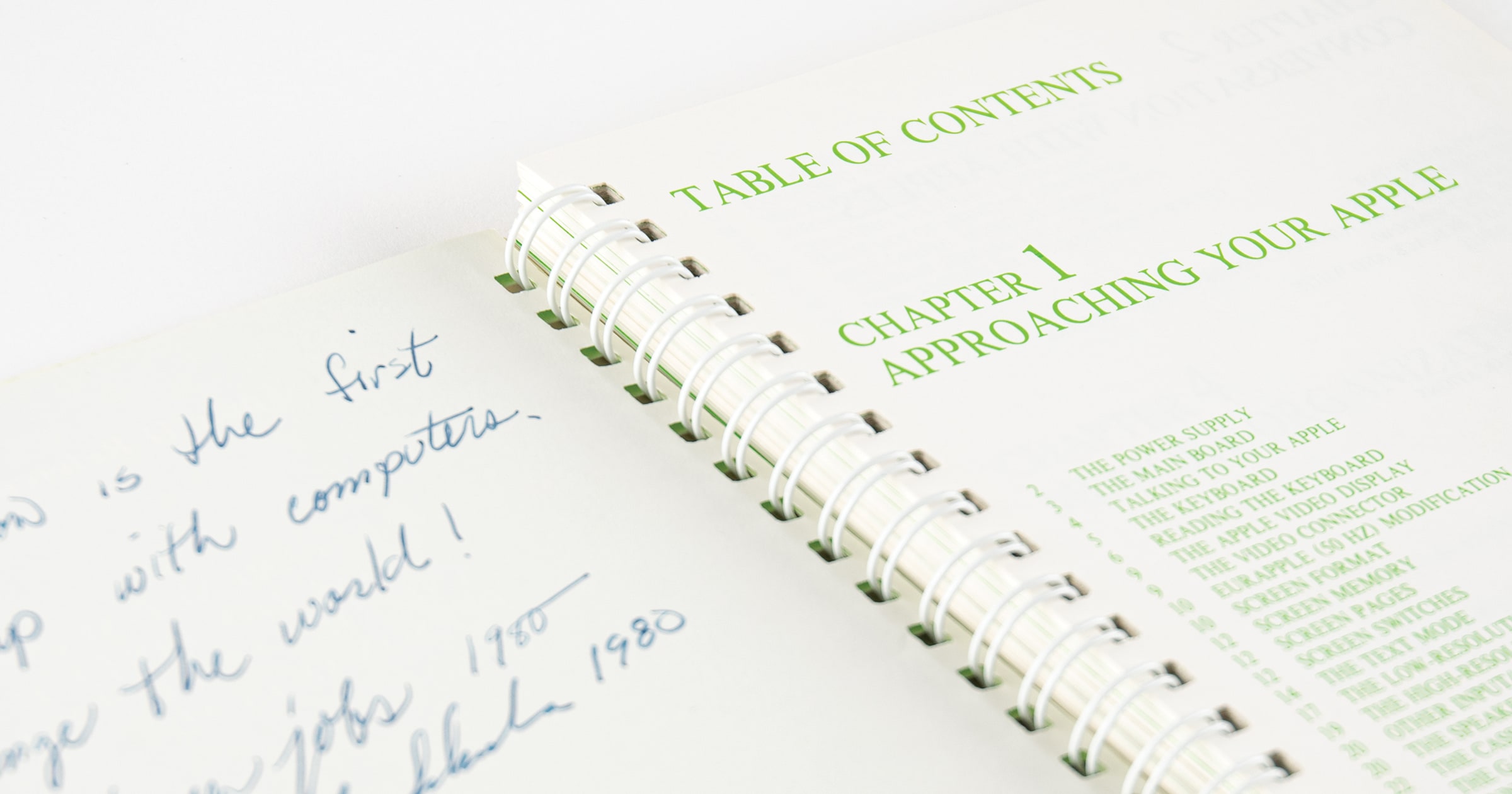 RR Auction says that an Apple II manual signed by Steve Jobs has been successfully auctioned off for US$$787,484. The winning bid came from came from Jim Irsay, Owner of the Indianapolis Colts. Several other memorabilia from the Apple co-founder were also part of the auction.

The 196-page guide details the technical architecture and operation of the Apple II and features a fold-out schematic of the computer’s main logic board. The manual is signed and inscribed opposite the Table of Contents: “Julian, Your generation is the first to grow up with computers. Go change the world! steven jobs, 1980” and by Apple’s angel investor and second CEO, “Mike Markkula, 1980.”

When we think of the greatest, most innovative minds of the past two centuries, Steve Jobs must certainly be included among them. Jobs was a truly transformative figure who changed the way in which human beings think, do business and interact on a daily basis. As always, I look forward to sharing this piece in the hopes it may educate and inspire others to do great things in life.

When signed, Jobs and Markkula were in the UK to promote Apple. The recipient was the son of an entrepreneur who had negotiated exclusive distribution rights for Apple products in the United Kingdom and later became the first managing director of Apple (UK) Ltd.