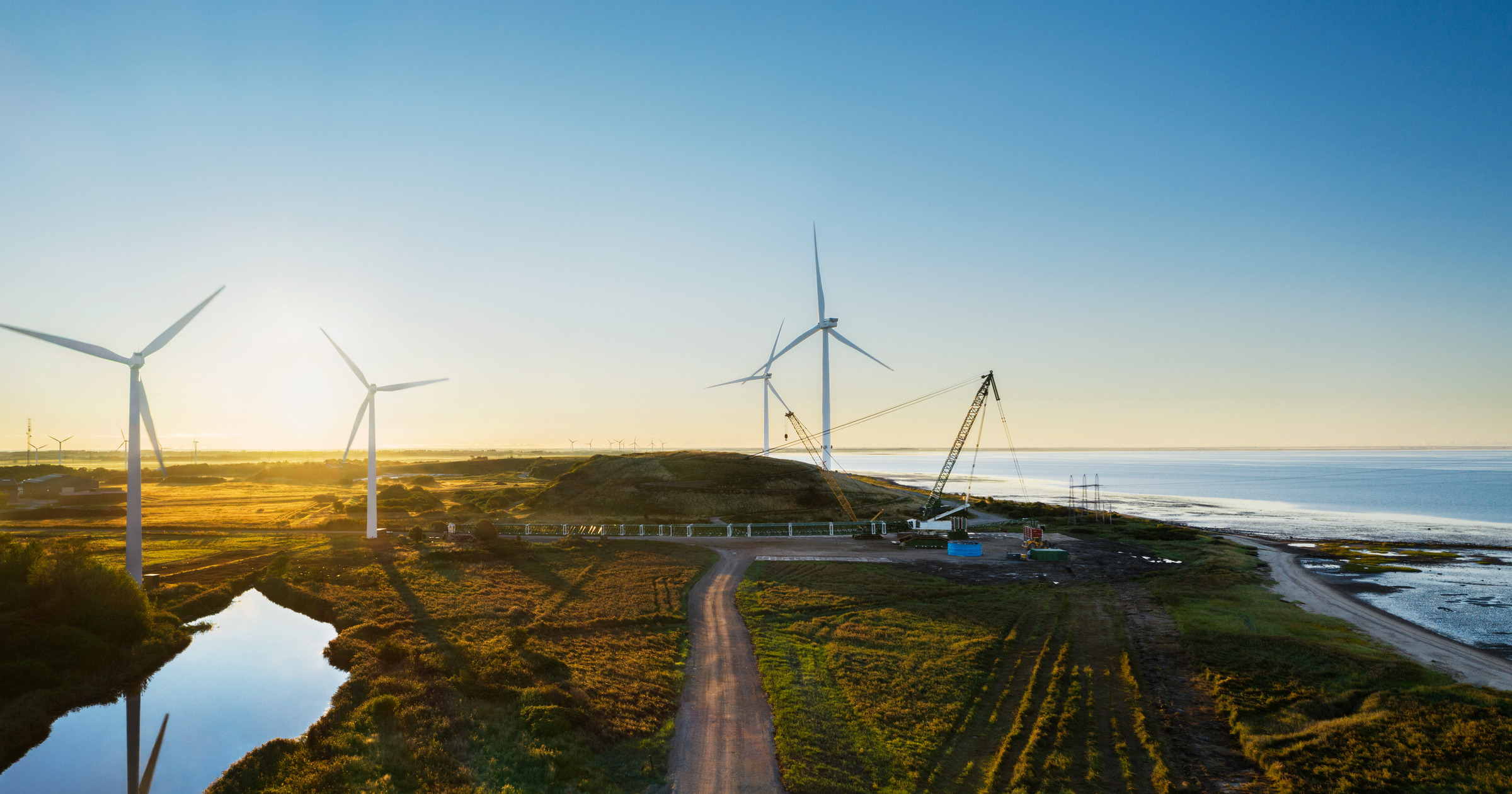 Apple announced Thursday that it is investing in the construction of two of the world’s largest onshore wind turbines as it works towards becoming 100 percent carbon neutral by 2030. The sites will be near the Danish town of Esbjerg.  Furthermore, a new data center in Viborg, Danemark, run entirely on renewable energy from local projects, is now operational.

When completed, the turbines will be 200-meter-tall and expected to produce 62-gigawatt hours per year. Furthermore, Apple revealed that its supplier, Varta, has committed to running its Apple production process with 100 percent renewable power. Additionally, other European manufacturers are also working to produce Apple products using clean energy solutions. These include Henkel and tesa SE in Germany, DSM Engineering Materials in the Netherlands, STMicroelectronics based in Switzerland, and Solvay based in Belgium.

The data center in Viborg is a 45,000-square-meter facility. It provides network support and data storage for users in the region, helping to power Apple’s App Store, Apple Music, iMessage, Siri, and other services in Europe. It is run entirely on local renewable energy projects. The site features advanced green building designs. For instance, it has a cooling system based on natural air flows that significantly decrease water and energy consumption. Lisa Jackson, Apple’s vice president of Environment, Policy and Social Initiatives commented:

Combatting climate change demands urgent action and global partnership — and the Viborg data center is powerful proof that we can rise to this generational challenge. Investments in clean energy deliver breakthrough innovations that bring clean energy and good jobs to businesses and local communities. This is an area where we have to lead — for the sake of our planet and future generations.