The internet lit up with reports on Wednesday claiming Apple intentionally removed LG UltraFine 5K display reviews from its web-based store because they were negative. Turns out that’s not true: Apple didn’t remove any reviews because it never enabled them for the display. 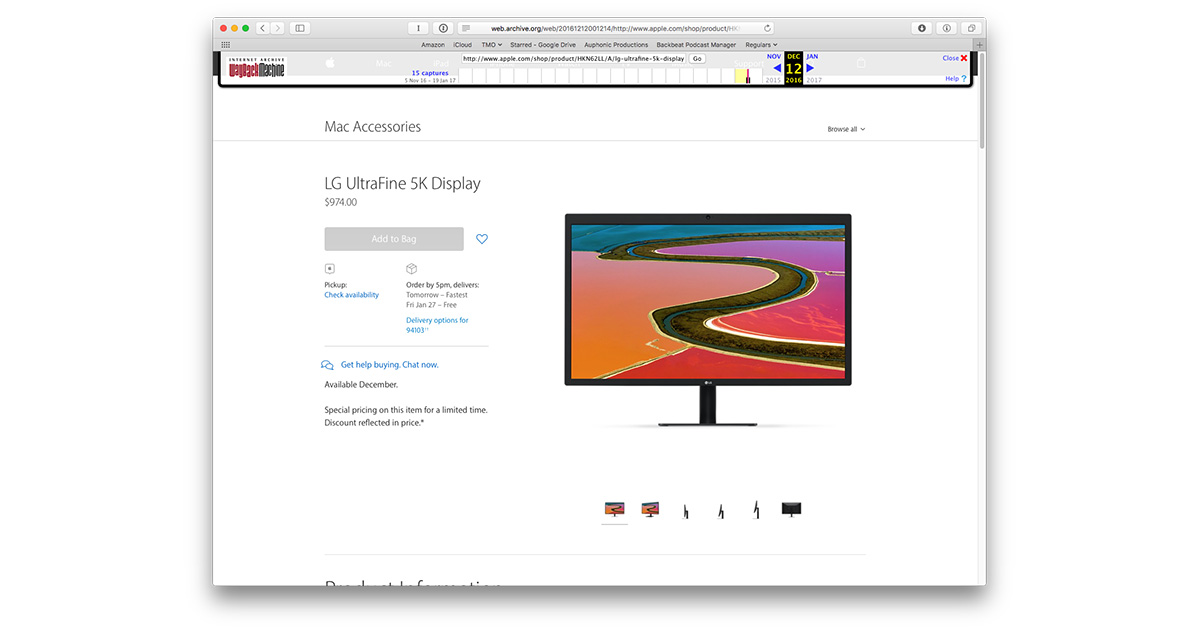 The story kicked off with a Reddit post saying Apple removed the reviews and shut down the ability to add new ones after what they called “a storm of bad reviews.” Checking Apple’s store page for the LG 5K display shows there aren’t any reviews, and there isn’t any way to add one—seemingly backing up the Reddit post.

Luckily, there’s a way to easily verify the claim using the Wayback Machine website. It’s a site that archives snapshots of web pages over time so you can see exactly how they appeared on specific dates. We checked several dates in November before the LG display was available and in December after it was shipping and consistently found the same thing: reviews weren’t ever an option.

That doesn’t preclude the display from being a poor product (we haven’t tested one to offer our opinion), but it does show Apple didn’t delete any reviews. It’s possible Apple or LG was concerned about potentially negative reviews, but there isn’t anything to back that up, either.

The bottom line is that you can’t see any LG UltraFine 5K display reviews on Apple’s website because there never was an option to enter them.

As if any one would go to the Apple Store to buy an LG TV….

CudaBoy – it’s not a TV, it’s the 5K display that Apple is offering since they have given up on making their own displays.

Sounds like the fake news generating app is working well

As if any one would go to the Apple Store to buy an LG TV. And, further – what IDIOT would buy from a site that doesn’t include user reviews? Way to go Apple Store. As if Apple needs any more bad press.

The internet lit up with reports….

The bottom line: Take anything said on Reddit with a mountain of salt.