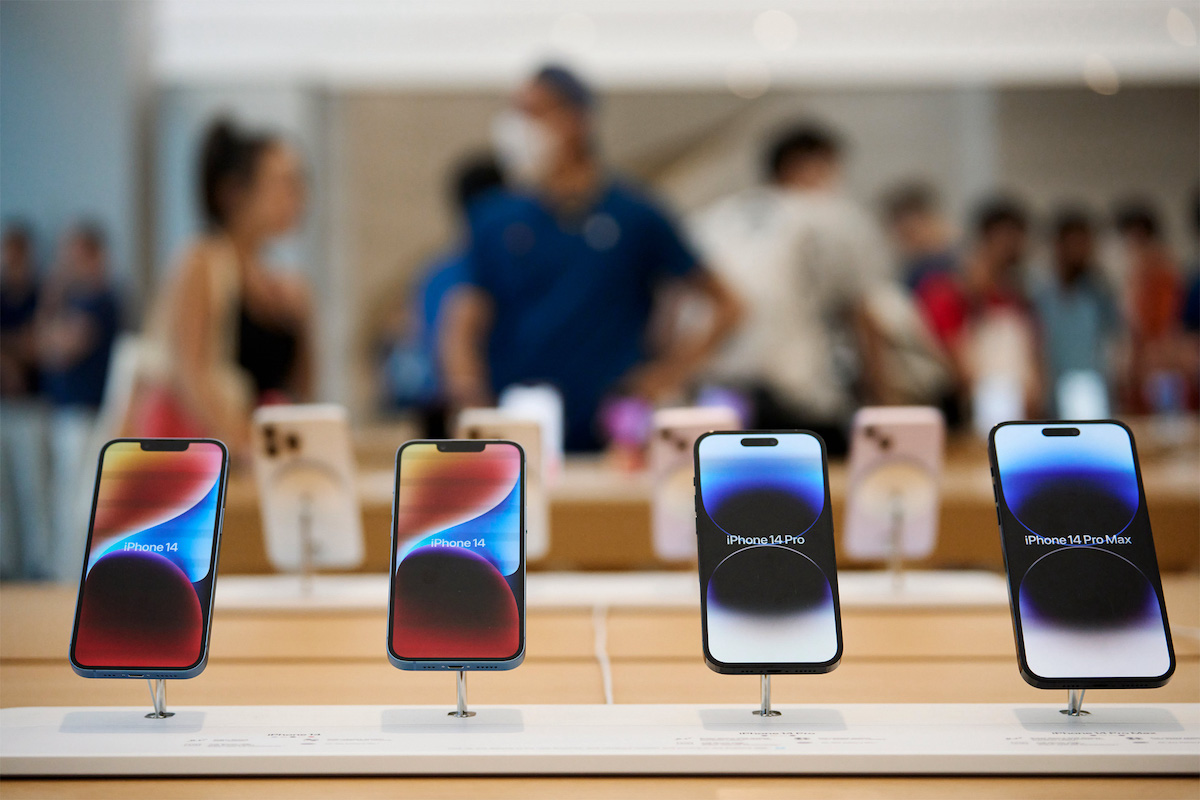 Reports today indicate that Apple is reportedly looking to scale back production of the new base model iPhone 14.

According to the report, Apple is likely scaling back production due to low demand. The new base model iPhone 14 features the same design as last year’s model as well last year’s iPhone 13.

Base Model iPhone 14 to Scale Back Production

These details arrive from supply chain employees speaking to ITHome, who stated that Foxconn has been given instructions to dismantle at least five production lines that were previously constructing the iPhone 14 in Zhengzhou, China. Foxconn of course being one of Apple’s largest suppliers.

Right now, it is unclear if this includes just the base 6.1-inch iPhone or the larger 6.7-inch iPhone 14 Plus as well.

This new arrives after Apple analyst Ming-Chi Kuo stated earlier this week that Cupertino is aiming to ramp up production of the iPhone 14 Pro, which is currently in high demand. Additionally, Kuo also stated that Apple is moving production resources away from the iPhone 14, and moving them to the iPhone 14 Pro in order to meet demand.

While the base model iPhone 14 features the same design and display as the iPhone 13, it does have the A15 chip found in the iPhone 13 Pro along with newer camera features. Furthermore, the 6.7-inch iPhone 14 Plus is the larger version that includes a bigger battery.

While not may have many parts from last year’s model, it is worth noting that both the base model iPhone 14 and iPhone 14 Plus do have a new internal redesign that makes repairing the phones much easier. While this may not be enough to lure users away from the Pro, it is something that Apple possibly should have considered leaning into more.

Are you waiting on your iPhone 14 Pro or Pro Max? Going with the iPhone 14? Let us know in the comments.