Apple is expanding the use of Apple Maps on the web with the release of the MapKit JS API to developers. With access to this API, developers can embed interactive Apple Maps directly into their websites and web applications.

MapKit itself isn’t new. It has previously been available to app developers who wish to integrate Apple Maps into their apps. Apple itself has also used the JavaScript-based version to enable access to Apple Maps via the Find My iPhone tool at iCloud.com and for embedding maps on its own website. 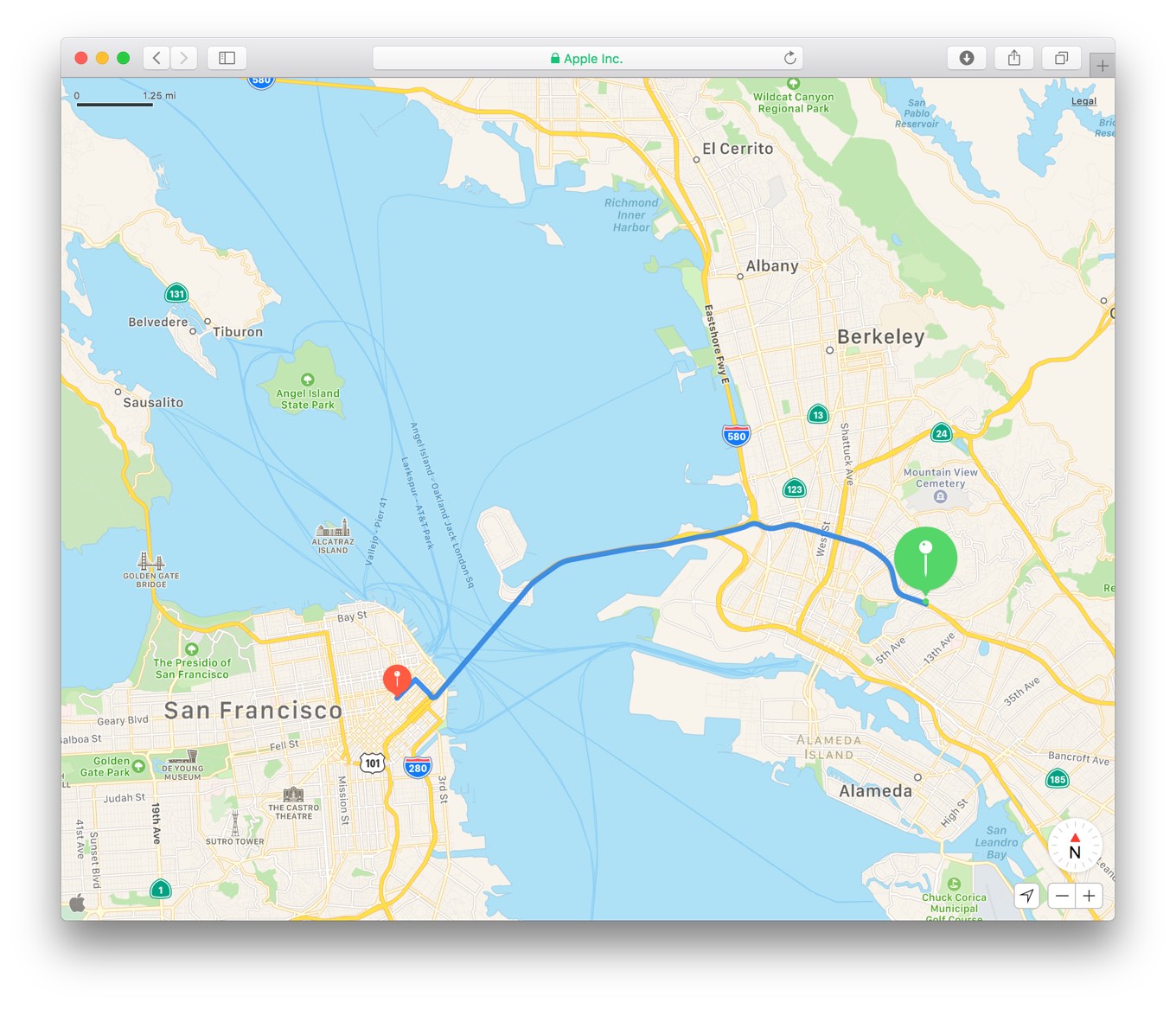 The tool allows developers to define and display a specific area upon load, but is also interactive for users, enabling tasks like searches and driving directions. Developers can also add annotations or overlays, choose the type of view (satellite, street, etc.) and disable the interactive features if desired.

The ability to create and embed MapKit maps requires a developer account. Once created, up to 250,000 map initializations and 25,000 service requests (searches, directions, etc.) per day are free, while usage exceeding these limits will be subject to additional charge. Apple doesn’t currently publish the rates for these additional charges, instead advising developers to contact the company for more information.

There is still no true web version of Apple Maps to compete with Google and Microsoft, but the introduction of MapKit JS gives web developers concerned about privacy the ability to stick with Apple.