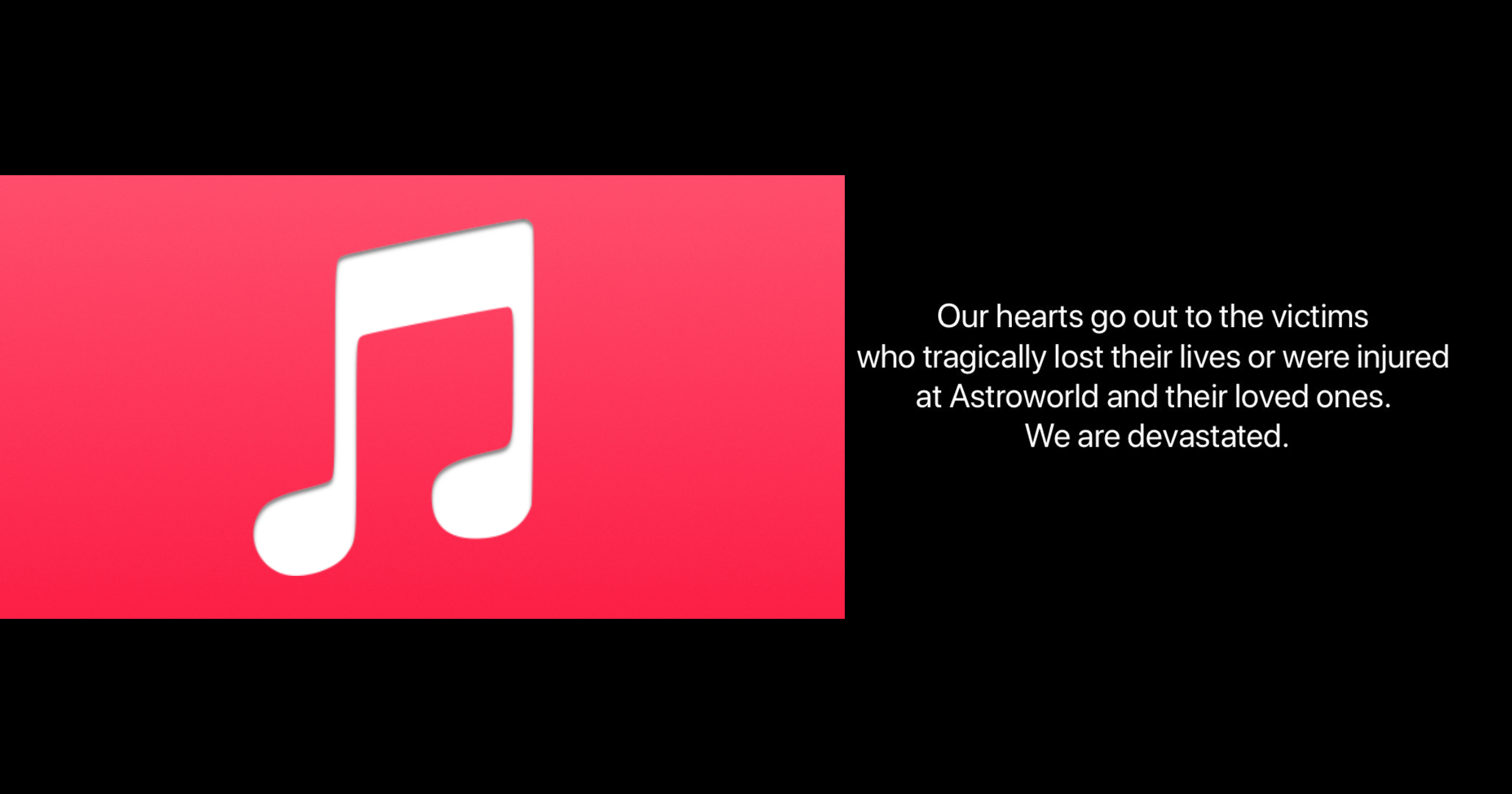 Apple Music has responded to the tragic events at Travis Scott’s Astroworld performance on Friday. At least eight people are known to have died and others injured following a crowd surge at the event, which was being live streamed.

A tweet posted Saturday said that “our hearts go out to the victims who tragically lost their lives or were injured at Astroworld.”

I also noticed that previous tweets from the Apple Music account which shared clips of Travis Scott before the tragedy occurred have been removed, as has a YouTube video promoting it. The rest of Astroworld was canceled following the incident. However, 9to5 Mac reported that various clips of the live stream, including those that included mobile ambulances trying to navigate through the crowd, circulated online. There was also criticism that the feed did not cut out earlier.

The rapper and fellow organizers sued following the crush, the Independent reported.