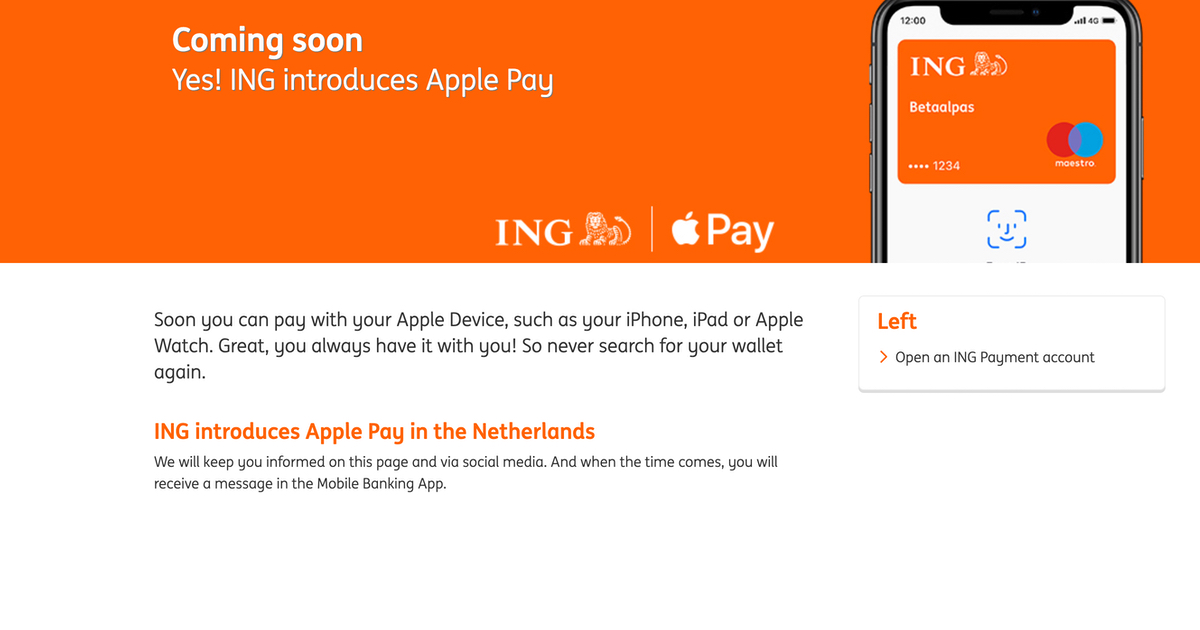 Dutch bank ING announced Wednesday its customers in Holland will soon be able to use Apple Pay. It said the facility was “coming soon” in a message posted to its website. 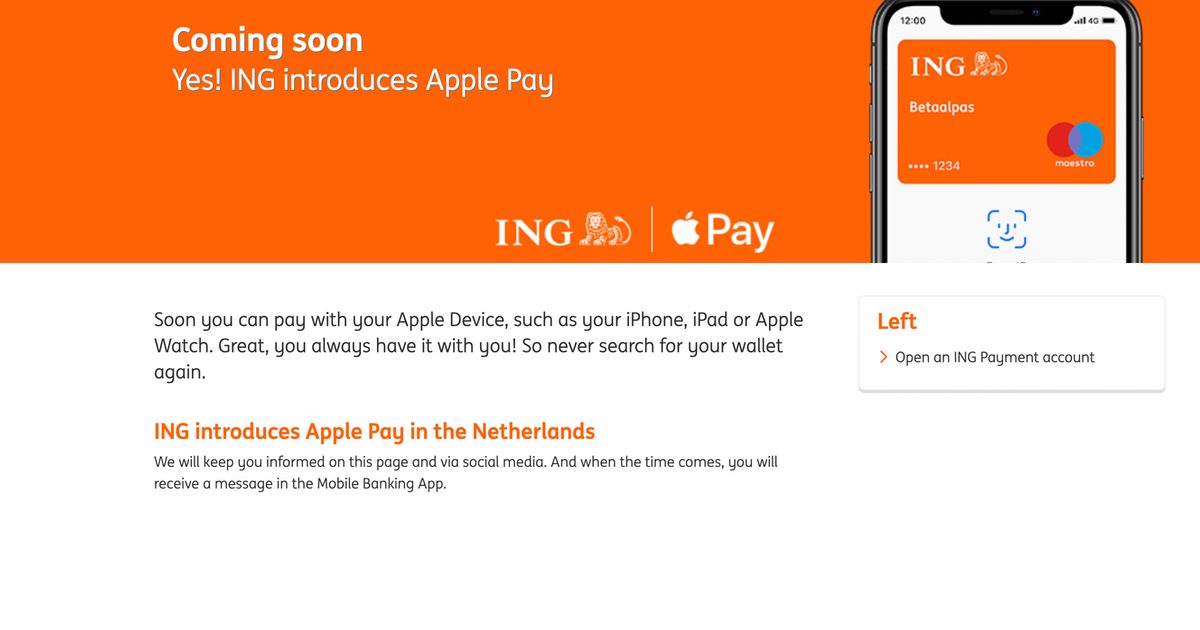 First Bank In Holland to Get Apple Pay

The service is not yet available in Holland, and ING did not give a date for it becoming available. Instead, it said that users should check its webpage and social media for further updates. It also said users will receive a message on their devices via the app. In January, ING made a similar announcement to its Spanish customers.  The service arrived almost three months later. The ING announcement follows Portuguese bank Crédito Agrícola saying last month that it would be joining (via MacRumors).  Austria was the latest European to get Apple Pay. It launched in the country last week.