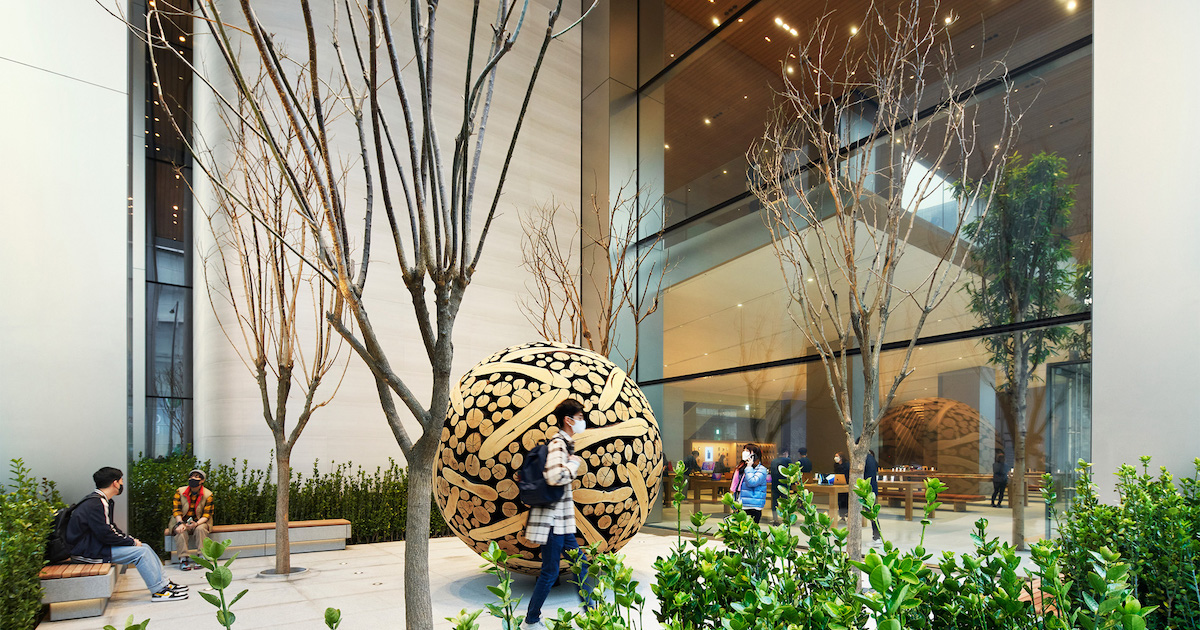 Apple recently gave a preview of its new retail store located in Myeongdong, the center of Seoul’s shopping district. The newest Apple Store in Korea, located in the Myeongdong District, opens its doors to customers on April 9.

Apple’s senior vice president of Retail + People, Deirdre O’Brien, said that Apple is ready to welcome Koreans to the country’s largest Apple Store. “We are thrilled to deepen our relationship with our Korean customers with the opening of this special store in Myeongdong,” she said.

Being at the center of Seoul’s shopping and business district, Apple Myeongdong sits in a perfect location because the area is also a famous tourist spot. So, once the country opens its airports again for foreign travelers, the Apple Store will be an added attraction.

Aside from showcasing its usual products and services, Apple Myeongdong will also serve as a stage for established and new Korean artists via Today at Apple sessions. Apple started offering these creative sessions online and in retail stores to educate and inspire customers to go further with their passions and the products they love. The offering will be quite unique for Apple Myeongdong, since the sessions will collaborate with Korean artists.

For starters, Apple Myeongdong collaborated with the K-Pop group Seventeen. This new session will also be launched in other Apple Stores across Asia and will feature the band’s soon-to-be-released single, “Darl+ing.”

Apple Myeongdong occupies two levels of a new building in the center of the shopping district. The first level showcases Apple’s latest products and services, including the Apple TV+ streaming service recently launched in Korea. There will also be a dedicated area where customers can pick up the product they’ve purchased online. According to Apple, this is the first of its kind in Asia. And yes, it’s obviously an after effect of the COVID-19 pandemic making online purchases became more popular globally.

The second level of the store serves as a collaborative space and workshop areas. Customers will receive support from the store team, which collectively speaks 11 languages and represents more than 8 nationalities.

Apple Myeondong officially opens April 9. To ensure the health and safety of its employees and customers, visits on opening day will be by appointment only.