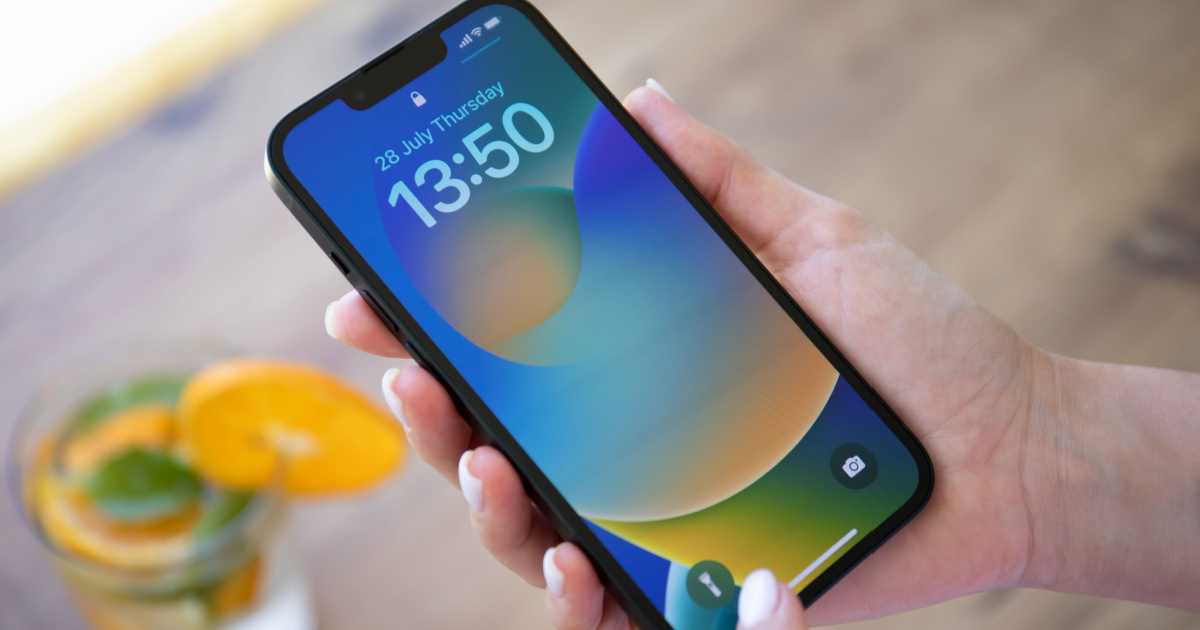 Apple will release iOS 16 Monday with several new features, including the ability to customize the iPhone’s Lock Screen. Here are the top five new features that you need to know to help you immediately enjoy the new iPhone OS.

Update Your iPhone to iOS 16

We all know the drill, right? As a free update for those users owning the iPhone 8 or newer. iOS 16 can be easily installed on your devices. Simply go to Settings > General > Software Update. After installing iOS 16, check out our top five features below.

The biggest new feature of iOS 16 is the ability to personalize your iPhone’s Lock Screen. Having used several versions of the iOS 16 public beta, I can say this is possibly one feature that many of you will tinker with the most.

The new Lock Screen customization feature allows you to use multilayered wallpapers, widgets, custom fonts for the date and time and more. For those who have great pictures in your photo album, you can select some of them to shuffle on the Lock Screen throughout the day.

Additionally, the new Lock Screen gallery features a range of options such as a collection of new Weather wallpapers with live weather conditions. Likewise, there’s a set of astronomy wallpapers. These offer views of the Earth, Moon, and Solar System. The most exciting part is that you customize several Lock Screen designs and then easily switch between them anytime you like. You can even assign Lock Screen designs to particular Focus modes.

Another new feature is actually an old one that Apple has brought back. Apple first introduced a full-screen music player in 2016. With iOS 16, you can view the full album art with color-matched wallpapers when listening to music on your iPhone. If you don’t like this feature, you can minimize the music player by simply tapping the bottom of the display. The iPhone will revert to the standard Lock Screen wallpaper.

Edit or Unsend iMessage in iOS 16

For those who use iMessage very often, iOS 16 has a new feature that could be useful for you. This is the ability to temporarily edit or unsend iMessage. It also lets you mark iMessage conversations as unread after opening them. This new feature allows you to edit an iMessage for up to 15 minutes after sending it. iOS 16 will let you make up to five edits per message.

On the recipient’s side, when you send an iMessage with several edits, there is a record of those edits. If your recipient is running iOS 15 or earlier, those edited messages will be received as new messages with a note saying, “Edited to [new message].”

For those who use Apple Pay with their iPhone, iOS 16 now comes with a new built-in order tracking system in the Wallet app. The tracker gives estimated delivery dates and the status of orders completed through Apple Pay.

Finally, for those who don’t have an Apple Watch but want to start their fitness journey, the Fitness app is now available for all iPhone users. The app will allow you to close your Activity rings by completing various activities, just like on an Apple Watch. Using the iPhone’s sensors, the Fitness app gives an estimate of calories burned as well as steps taken by the user daily. The Fitness app for iPhone will initially be available only to users in the U.S. However, during the recent iPhone 14 announcement, Apple also said that the Fitness+ app for iPhone will become available later this year for iPhone users in the 21 countries where Fitness+ is being offered.

There you have it, our top five new features of iOS 16. Note that one new feature of iOS 16 that many may have been anticipating has been delayed. That’s the iCloud Shared Photo Library. This new feature allows iPhone users to create a shared library in the Photo app. Users can then invite anyone with an Apple device to view, contribute, and edit the photos in the shared Library. This feature will come later via software update according to a footnote in Apple’s press release.