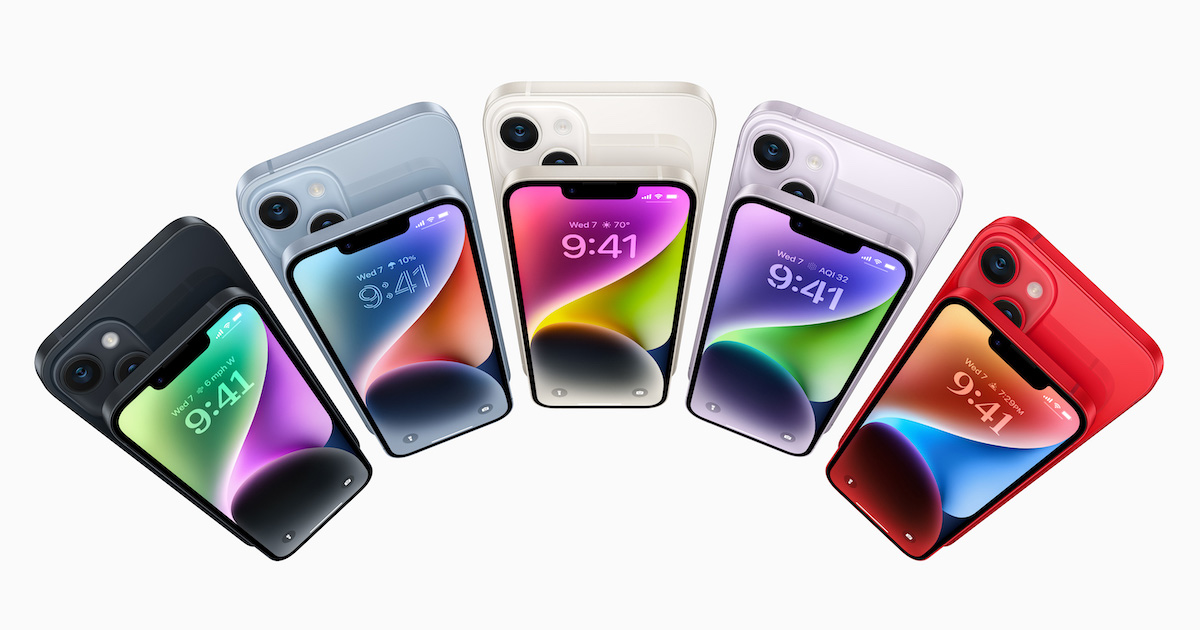 Apple’s “Far Out” announcement of the iPhone 14 product family might have been a hit with many, but one notable exception came out hard and fast. Eve Jobs, daughter of the late Steve Jobs, shared a meme on Instagram suggesting she doesn’t think much of the iPhone 14 upgrade.

Shortly after the launch, the 23-year-old youngest child of Steve and Laurene Powell Jobs shared a rather shocking meme to her Instagram story in response. The meme is a commonly-used image of a man with a plastered-on smile holding up a shirt identical to the one he’s already wearing. 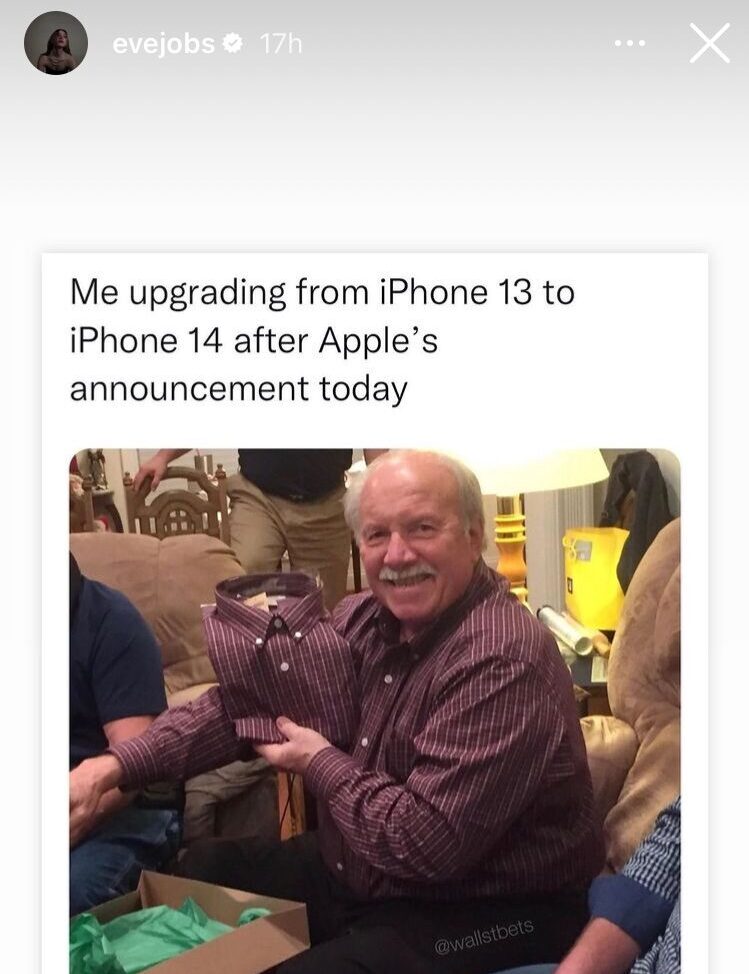 For a caption, Jobs wrote, “Me upgrading from iPhone 13 to iPhone 14 after Apple’s announcement today.” Her response, deleted before this writer could even see it directly, shares a common opinion with much of the rest of social media. The iPhone 14, at least the base model, isn’t really much of an improvement over 2021’s edition.

Nevertheless, Apple wants consumers to purchase the device that’s arguably an underwhelming upgrade over the iPhone 13. After all, the Cupertino-based tech giant has included the same processor as used for last year’s base iPhone, albeit with one more GPU core.

The iPhone 14 Pro Is a Slightly Different Beast, Naturally

Of course, Jobs was likely referring mainly to the standard model of the iPhone 14. The Pro models do offer a bit more in the way of improvement. Apple has seemingly introduced a new product segmentation strategy with the iPhone 14 Pro and iPhone 14 Pro Max, reserving its real improvements for the higher-end models..

With the iPhone 14 Pro lineup, we see the faster A16 processor. Apple has integrated an always-on display, changed the notch into a Dynamic Island, and greatly improved upon the Main camera. In fact, the increase to 48MP is the first such camera upgrade the iPhone has seen in many years.

It does appear Apple’s iPhone 14 Pro models are selling well in preorders. Estimated delivery dates for most configurations have slipped to mid-October. The standard iPhone 14 is still readily available on the Sept. 16 launch day, while Apple already advised everyone the iPhone 14 Plus wouldn’t arrive until Oct. 7.