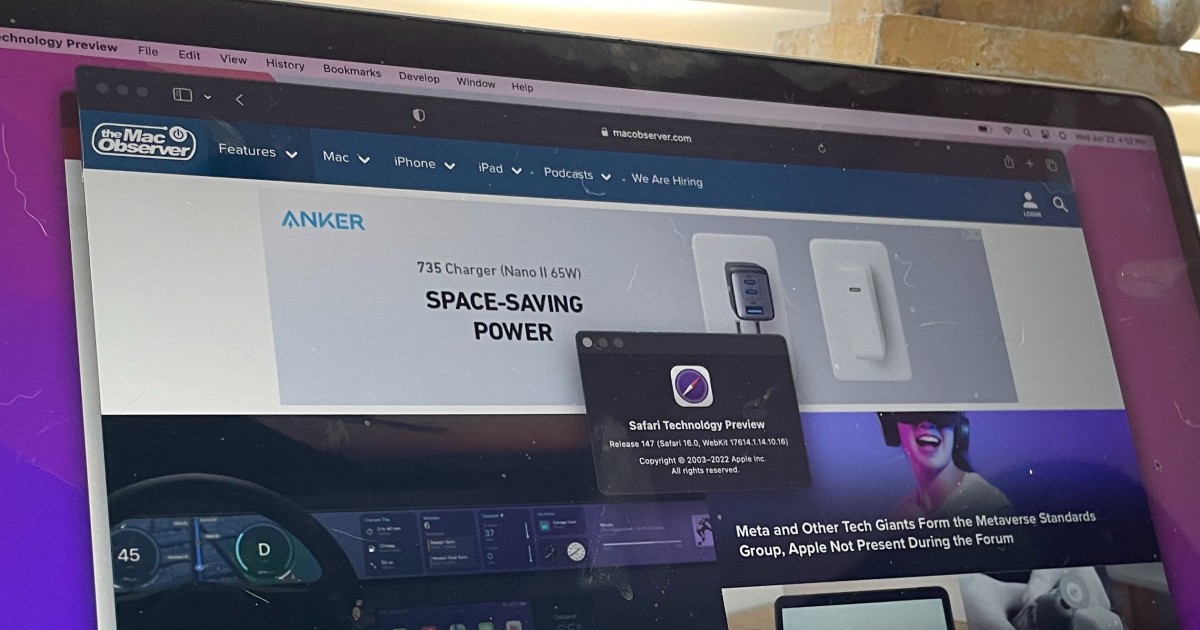 The new Safari Technology Preview 147 contains many features from Safari 16. This includes:

Furthermore, Shared Tab Groups, syncing for Tab Groups, Website Settings and Web Extensions are not currently enabled in this release.

Lastly, while many Safari Technology Preview designs keep developers in mind, users do not need a developer account in order to download.