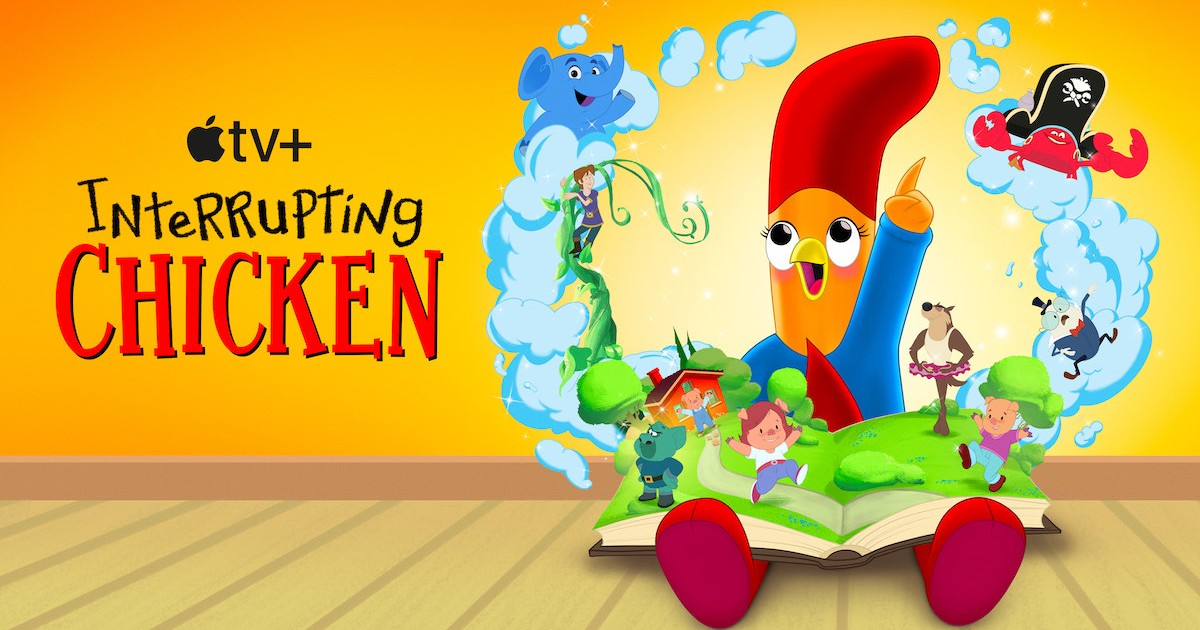 Based on the book series by David Ezra Stein, the series aims to introduce children to the “joy of creative writing”. Interrupting Chicken globally premieres Nov. 18.

Apple TV+ has released the trailer for the new animated series Interrupting Chicken. Globally premiering Friday, Nov. 18, the series is based on the 2011 Caldecott Honor-winning book series by David Ezra Stein.

According to the Apple TV+ press release,

Interrupting Chicken is an animated preschool series that introduces children to the joy of creative writing — starting with a young little chicken named Piper who has a habit of interrupting storytime! Every time Piper hears a story, she can’t help but jump in, ask questions and let her imagination run wild.

It’s also worth noting that thanks to the Apple TV+ changemaker initiative, Interrupting Chicken features Dr. Lucy Calkins, who is the Founding Director of the Teachers College Reading and Writing Project and the Richard Robinson Professor of Children’s Literature at Teachers College, Columbia University. Dr. Calkins acts as the reading and writing expert for the series.

It’s great that Apple TV+ is not only focusing on children’s programming, but it also working towards programming focusing on creative writing and literature. Along with Interrupting Chicken, the series Ghostwriter has children exploring the literary world, as well as some classic Rolling Stones songs. Additionally, focusing on the joys of writing and literature can be a tremendous help for adolescents, and this seems like a great direction for the streaming service to take.

Also, along with exploring literature and writing topics, Apple TV+ is also challenging families to talk with each other about difficult subjects, in thanks to the series Circuit Breakers. Furthermore, growing up can be a challenge, and it’s not always easy making the right decision on your own. Through the lens of sci-fi, Circuit Breakers looks to explore several topics surrounding the idea of growing up, and hopefully creates a positive outcome for younger audiences.