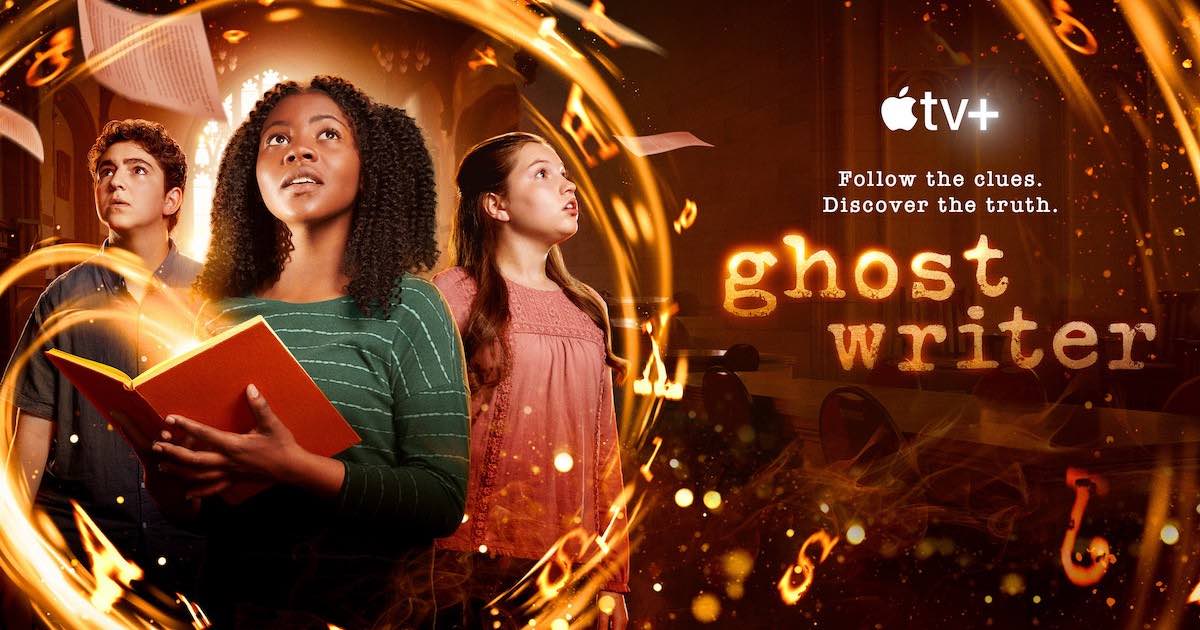 Today, Apple TV+ has unveiled the trailer for the third season of the Emmy Award-winning series Ghostwriter, arriving from Sesame Workshop.

Apple TV+ is providing audiences with the trailer for season three of Ghostwriter. The series is a reimagining of the early nineties hit series from Sesame Workshop. Set to premiere globally Friday, Oct. 21, the all-new season of the modern-day Ghostwriter will feature an entirely new cast as well as an “epic literary adventure”.

The new season of Ghostwriter stars Princess K. Mapp (The Unicorn), Nour Assaf (The Casagrandes) and Daire McLeod (Danger Force). Season three of the series will also feature notable guests, including Randall Park (WandaVision) as Lion in “The Ghost of Oz” journey, Jay Baruchel (This Is the End) as Ralph the Mouse in “The Ghost, The Mouse and The Motorcycle”, Emmy Award-winner Jean Smart (Hacks) as Charlotte and Iain Armitage (Young Sheldon) as Wilbur in “The Ghost’s Web” adventure.

Additionally, Ghostwriter is not only an Emmy Award-winning series, but has also earned the Prix Jeunesse Award, a Parents’ Choice Gold Medal award and recognition from Common Sense Media since its debut.

Season three of Ghostwriter arrives to Apple TV+ as part of its fall package of family and kid-friendly content. Announced at the end of August, Apple TV+’s fall lineup also includes a new Peanuts Anthology, Sago Mini Friends, Wolfboy and the Everything Factory, Get Rolling with Otis, Hello Jack! The Kindness Show, Slumberkins, Circuit Breakers and Interrupting Chicken.

For fans of family friendly content, there’s a lot arriving to Apple TV+. For those looking for something a bit more adult-oriented, the new season of Acapulco arrives Friday, Oct. 21. Of course, Will Smith’s new film Emancipation, sure to generate some Oscar buzz, also arrives to Apple TV+ Dec. 9.